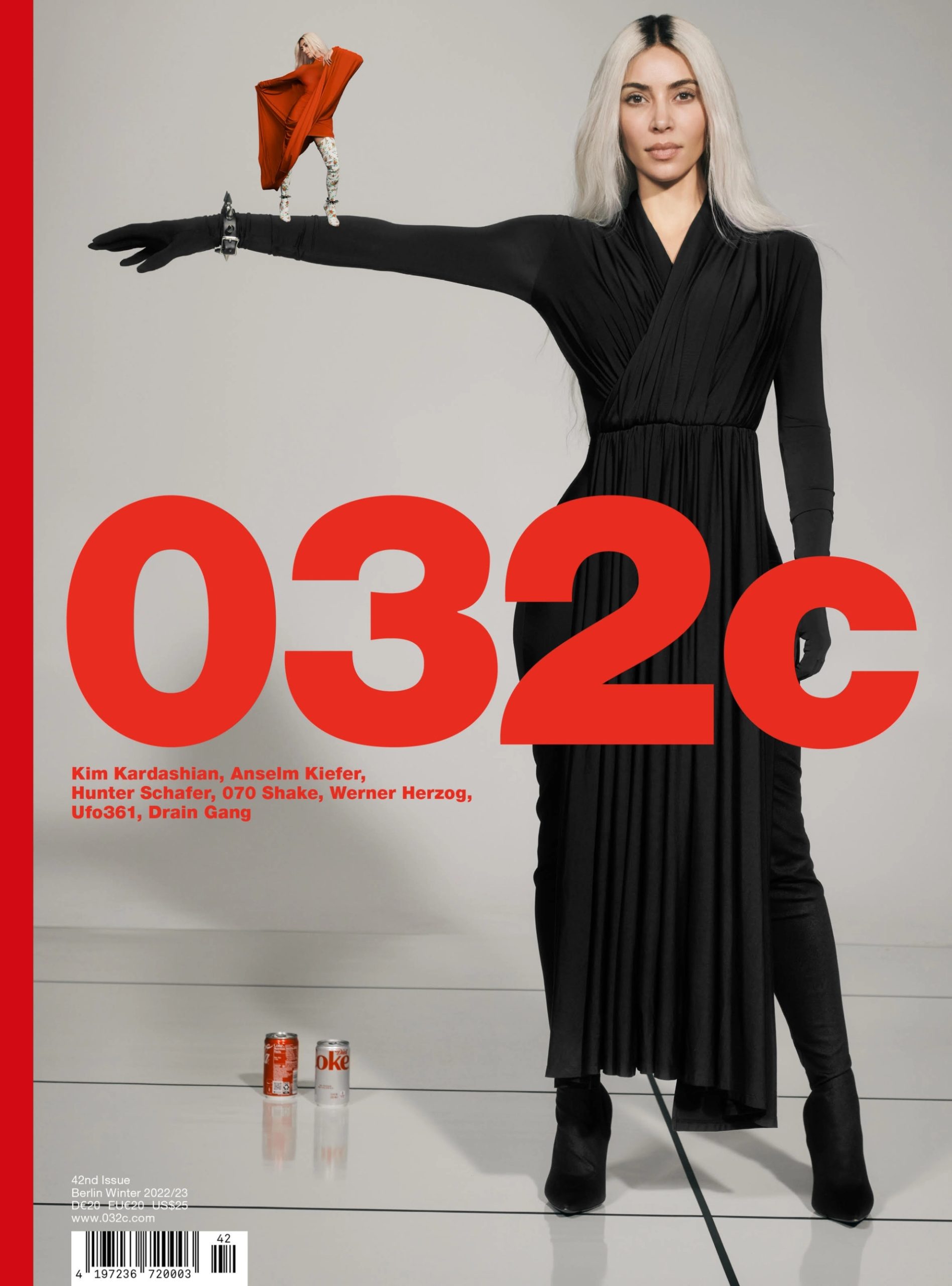 On a separate odyssey, KIM KARDASHIAN escapes Hollywood with COLLIER SCHORR and RAS BARTRAM to a realm cohabited by Rainer Werner Fassbinder, the Brothers Grimm, and a miniature replica of herself. HUNTER SCHAFER shows JASON NOCITO and JORDAN RICHMAN how to take control of the storyline, and ANSELM KIEFER welcomes JUERGEN TELLER and SVEN MICHAELSEN into his world built from the rubble of empire. Berlin rap prince UFO361 gives MATT LAMBERT and SASCHA EHLERT a tour of the nine circles of Kreuzberg, and 070 SHAKE disappears into a pyrotechnic fog for ERIC JOHNSON, sharing her nesting doll theory of the universe with SAMUEL HYLAND. Cinematic sage WERNER HERZOG commands PETER KÖRTE – and the rest of us – to bring the world to its knees, and SHUMON BASAR eulogizes his life-long spiritual guide: JEAN-LUC GODARD. Out in cyberspace, video game creator HIDEO KOJIMA 3D-scans ERROLSON HUGH, then casts him as a player in a bespoke virtual sandbox. The infinitely Parisian PIERRE-ANGE CARLOTTI takes us to the oasis in BIR HAKEIM and ZAC BAYLY steps Vuitton through the looking glass in Oceania.