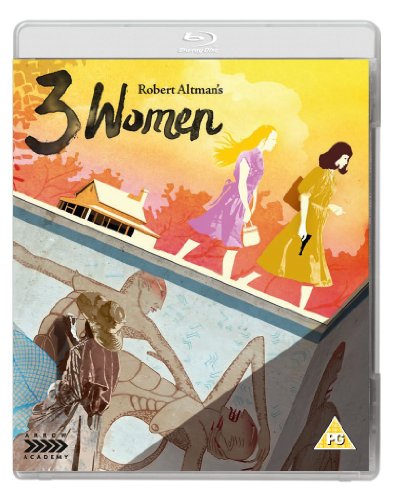 Maverick filmmaker Robert Altman continued a stunning run of celebrated work that included McCabe and Mrs Miller, The Long Goodbye and Nashville with 3 Women, a dreamy masterpiece that would fend off the titanic Star Wars as Roger Ebert s best film of 1977.

In a California resort town shy and impressionable Pinky (Sissy Spacey) strikes up a friendship with her fellow nurse Thoroughly Modern Millie (Shelley Duvall). As the two spend more time together Pinky becomes dependent on Millie, adopting aspects of her personality and appearance, things take an unusual and darker turn as Pinky discovers Millie with a man, a local bar owner whose wife forms the third of the title s three women.

Based on a series of dreams and influenced by Ingmar Bergmans Persona, Robert Altman famously cut the deal for 3 Women with 20th Century Fox in a matter of minutes and the remarkable faith of the studio would produce one of the most striking works of the period.