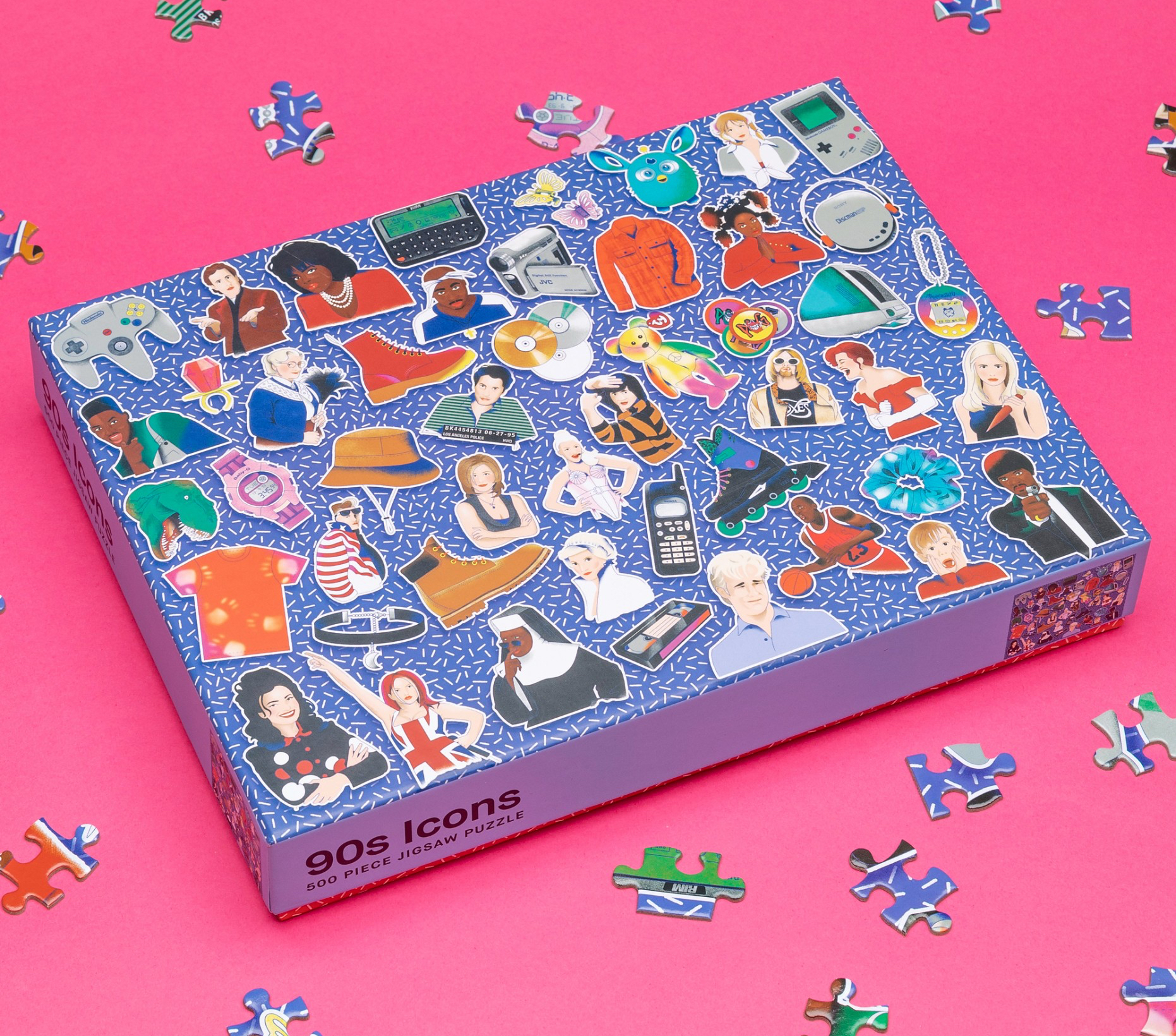 In the 90’s Icons jigsaw puzzle, the 500 pieces tesselate to reveal an intricately designed collage of pop-cultural classics. Any millennial will say that the 90’s were the best decade (even though many were still in diapers at the time). Regardless, and putting the whole 90’s-kid debate aside for a moment, they’re very much right. Much of 90’s culture dictates ours today. Without Friends or Seinfeld, would our world still turn? If Nirvana hadn’t made it big, would grunge have ever reached the masses? Can anyone even pass a driving test without training in Mario Kart?? We doubt it, and this jigsaw puzzle just about proves it.