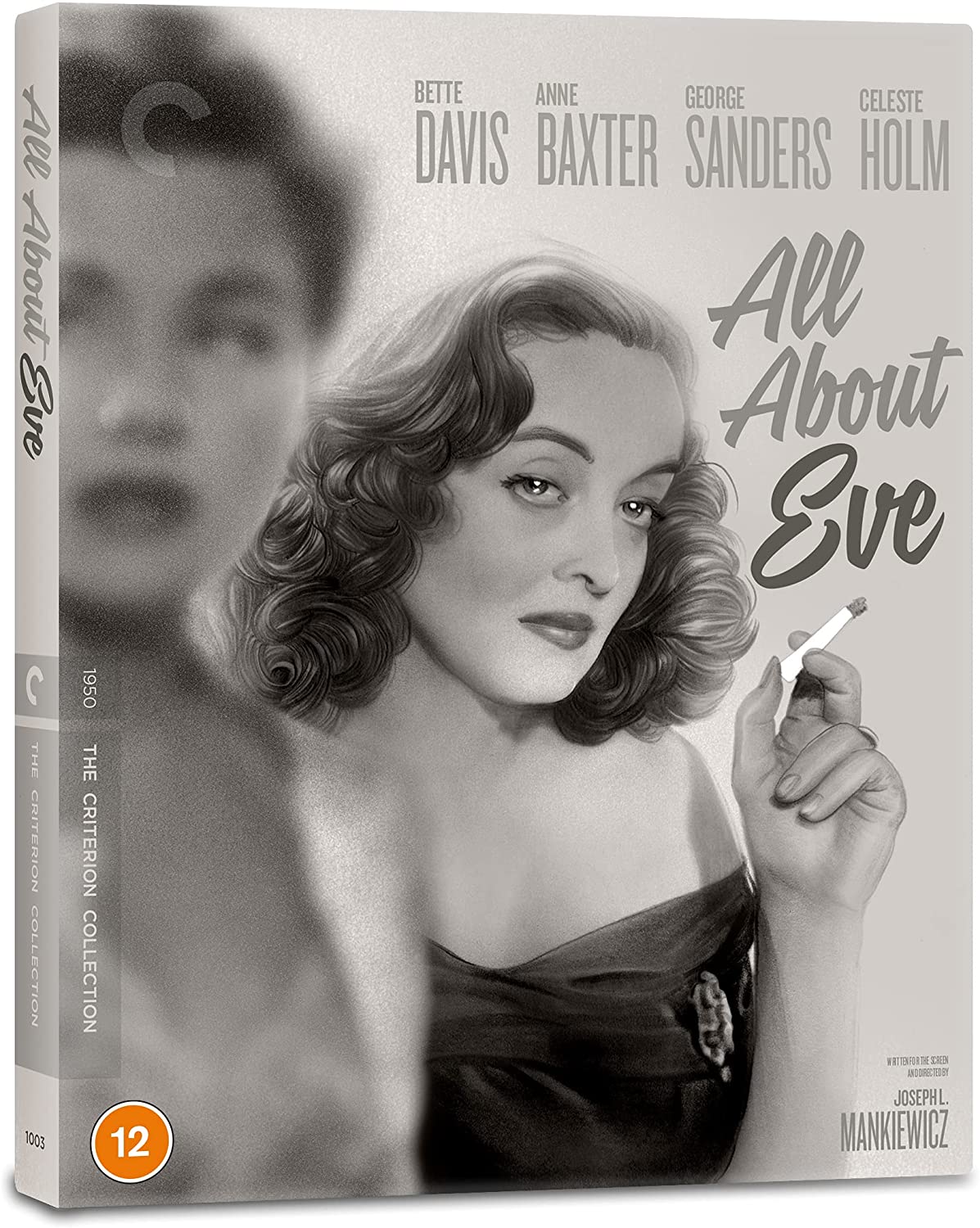 All About Eve (Blu-Ray)

In Joseph L. Mankiewicz’s devastatingly witty Hollywood classic, backstage is where the real drama plays out. One night, Margo Channing (Bette Davis) entertains a surprise dressing-room visitor: her most adoring fan, the shy, wide-eyed Eve Harrington (Anne Baxter). But as Eve becomes a fixture in Margo’s life, the Broadway legend soon realizes that her supposed admirer intends to use her and everyone in her circle, including George Sanders’s acid-tongued critic, as stepping-stones to stardom. Featuring stiletto-sharp dialogue and direction by Mankiewicz, and an unforgettable Davis in the role that revived her career and came to define it, the multiple-Oscar-winning All About Eve is the most deliciously entertaining film ever made about the ruthlessness of show business.

Special features:
– 4K digital restoration, with uncompressed monaural soundtrack
– Two audio commentaries from 2010, one featuring actor Celeste Holm, director Joseph L. Mankiewicz’s son Christopher Mankiewicz, and author Kenneth L. Geist; the other featuring author Sam Staggs
– All About Mankiewicz, a feature-length documentary from 1983 about the director
– Episodes of The Dick Cavett Show from 1969 and 1980 featuring actors Bette Davis and Gary Merrill
– New interview with costume historian Larry McQueen
– Hollywood Backstories: “All About Eve,” a 2001 documentary featuring interviews with Davis and others about the making of the film
– Documentaries from 2010 about Mankiewicz’s life and career; “The Wisdom of Eve” the 1946 short story on which the film is based, and its real-world inspiration; and a real-life Sarah Siddons Society based on the film’s fictional organization
– Radio adaptation of the film from 1951
– Promotion for the film featuring Davis
– Plus: An essay by critic Terrence Rafferty and “The Wisdom of Eve