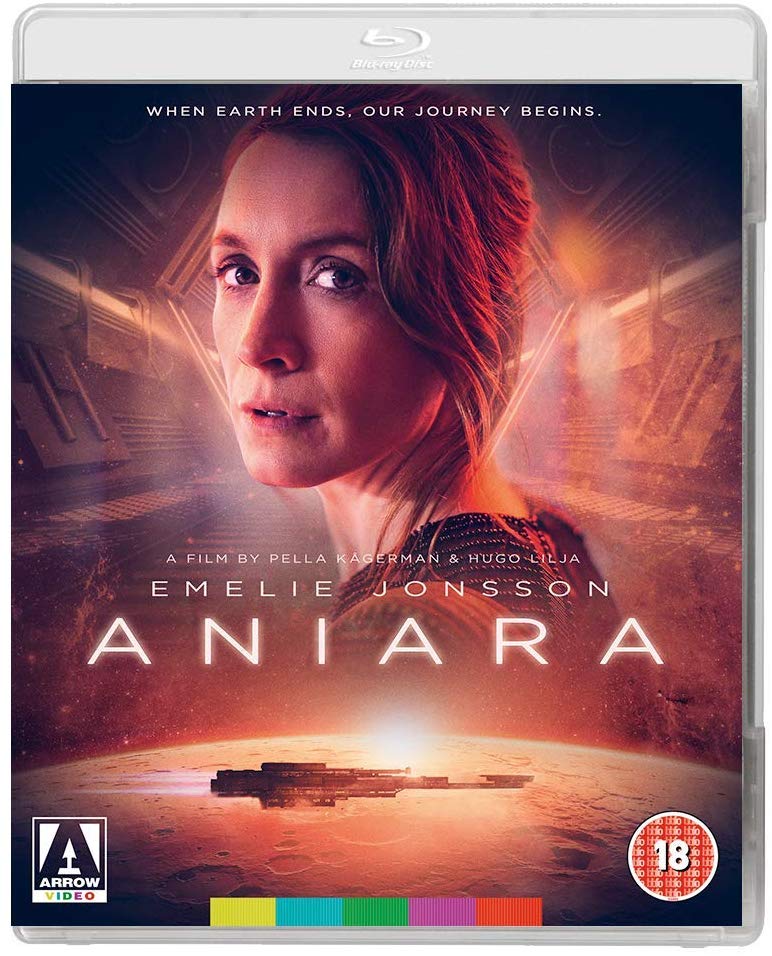 Fleeing an ecological disaster past the point of no return, what s left of humanity must escape the hell on Earth they ve created and fly to the stars. Giant interstellar cruise liners, outfitted with every luxury money can buy, take the human race on a three-week journey to their new home: Mars.

On one such space liner, a woman known only as Mimaroben (Emelie Jonsson) assists the passengers as they use MIMA, an advanced AI, to lose themselves in memories of a time when the earth still thrived. Days into their voyage, disaster strikes the ship; debris throws them off course, depletes their fuel and cuts their comms. As the ship floats aimlessly through space with no sign of rescue, MR holds on to hope as society crumbles around her. She looks past certain doom to find a way to help her fellow survivors live, love and do whatever is necessary to hold on to their humanity.

Based on the iconic poem by Swedish Nobel laureate Harry Martinson, Aniara explores the challenges faced by humankind with a deeply compassionate eye. Featuring a career-making star performance from Jonsson, Aniara is a “Masterful Example Of Smart, Relevant Sci-Fi Cinema” (Forbes).