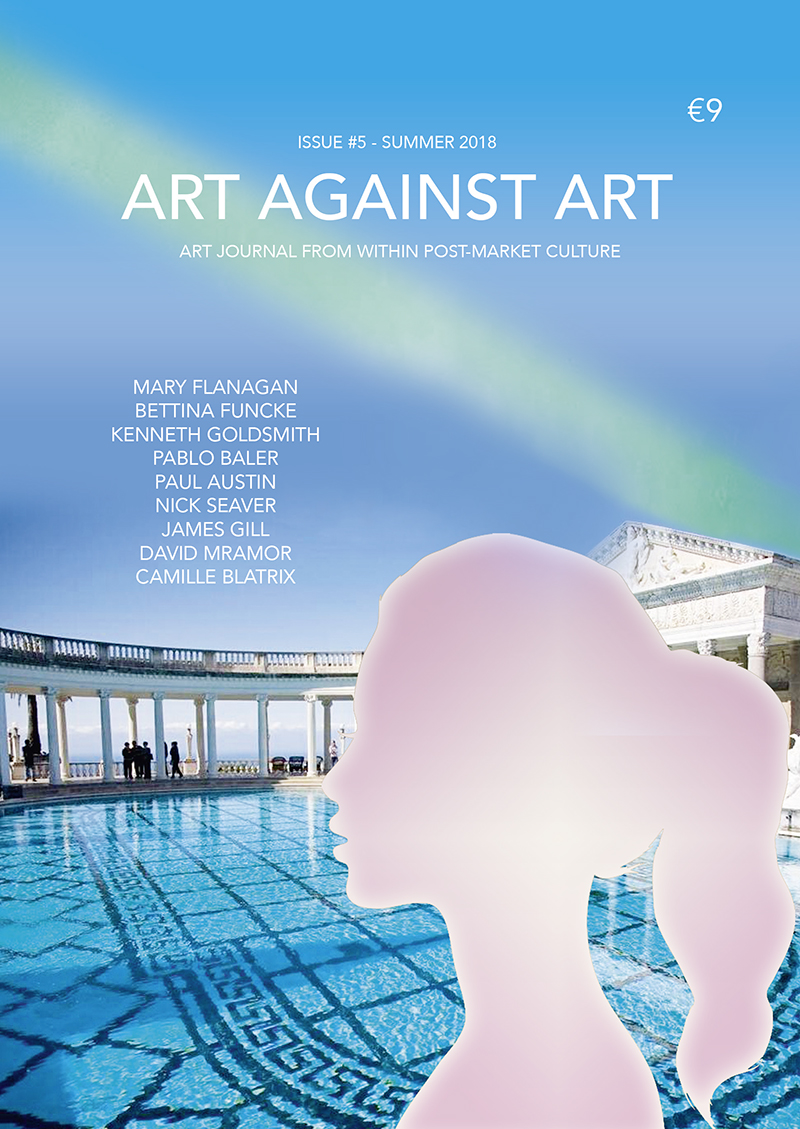 Art Against Art is an in-depth critical art journal with writing that incorporates the basic logic of the market as its premise and tries to look at art and culture from within and without this context from different angles. The authors range from art historians to market analysts, artists, sociologists, curators and cultural theorists. It was founded in 2015 by Taslima Ahmed and Manuel Gnam and is published bi-annually. The first issue features contributions by Marion Maneker, Martin G Fuller, Steven Shaviro, Taslima Ahmed, Michael Farin, Megan Marrin, Manuel Gnam, Roberto Ohrt, Ben Vickers and Carles.

Art Against Art Issue #5 is looking at how our present culture is progressively reconfiguring itself in the face of an entrenched free market: from a reassessment of appropriation to how subcultures have changed since the internet, from Bio-Art, Virtual Reality and Algorithmic Culture to microdosing and advanced Kundalini Yoga.