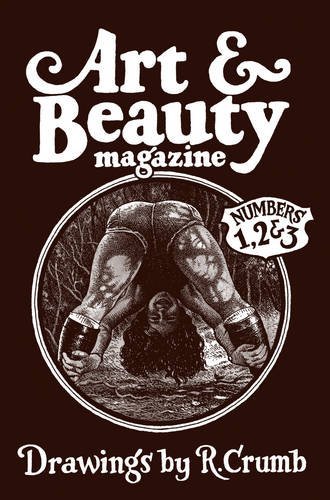 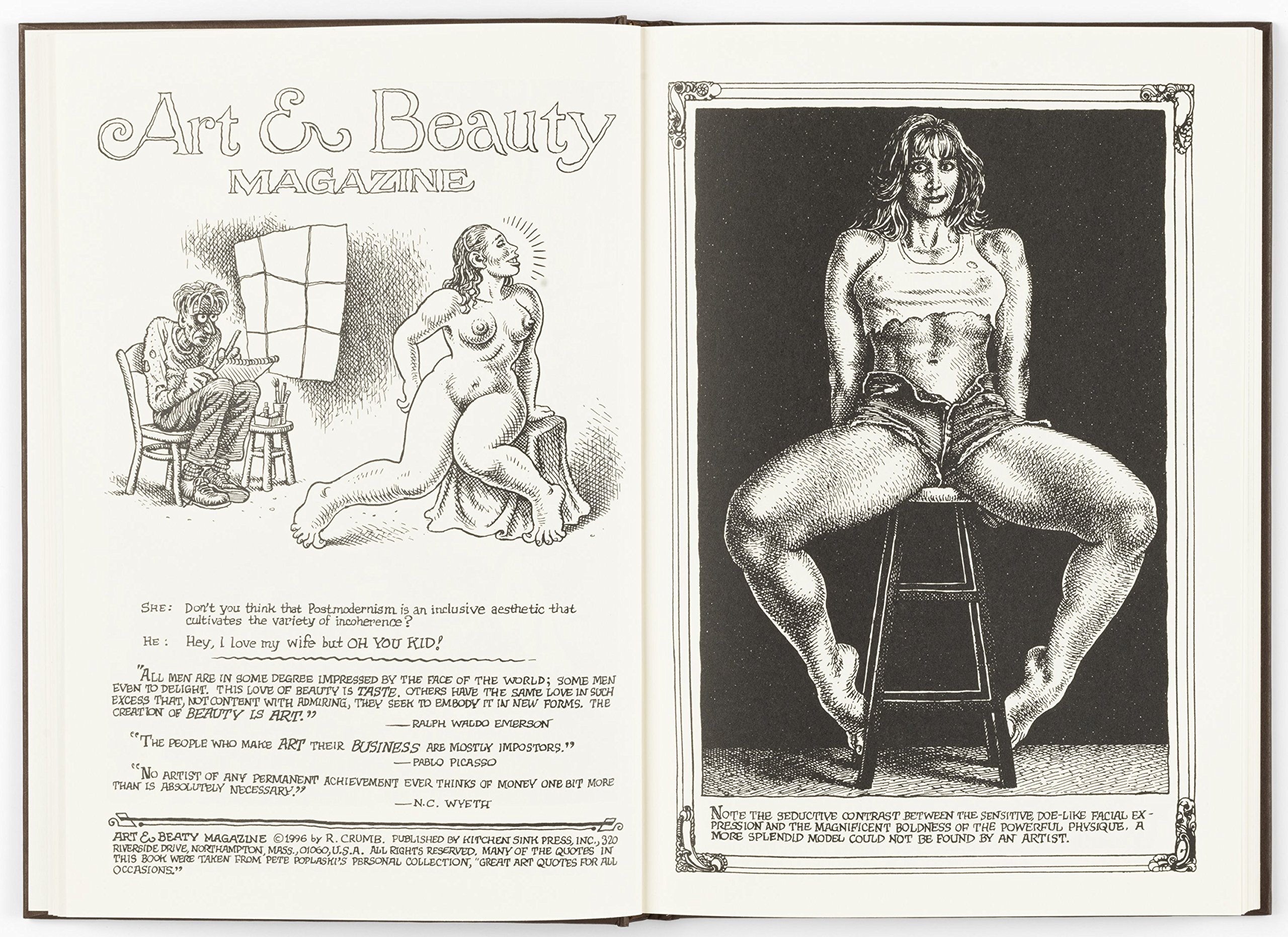 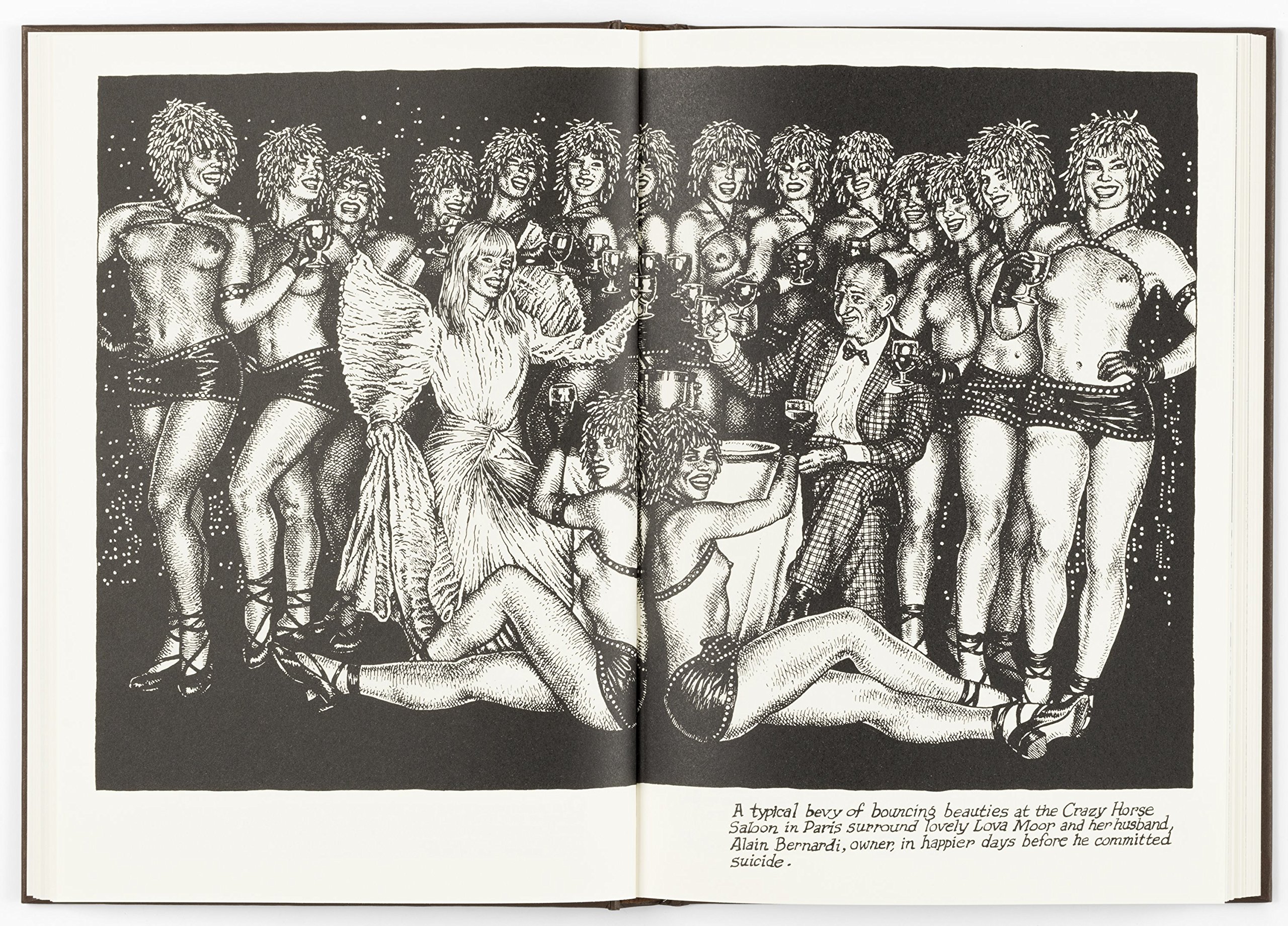 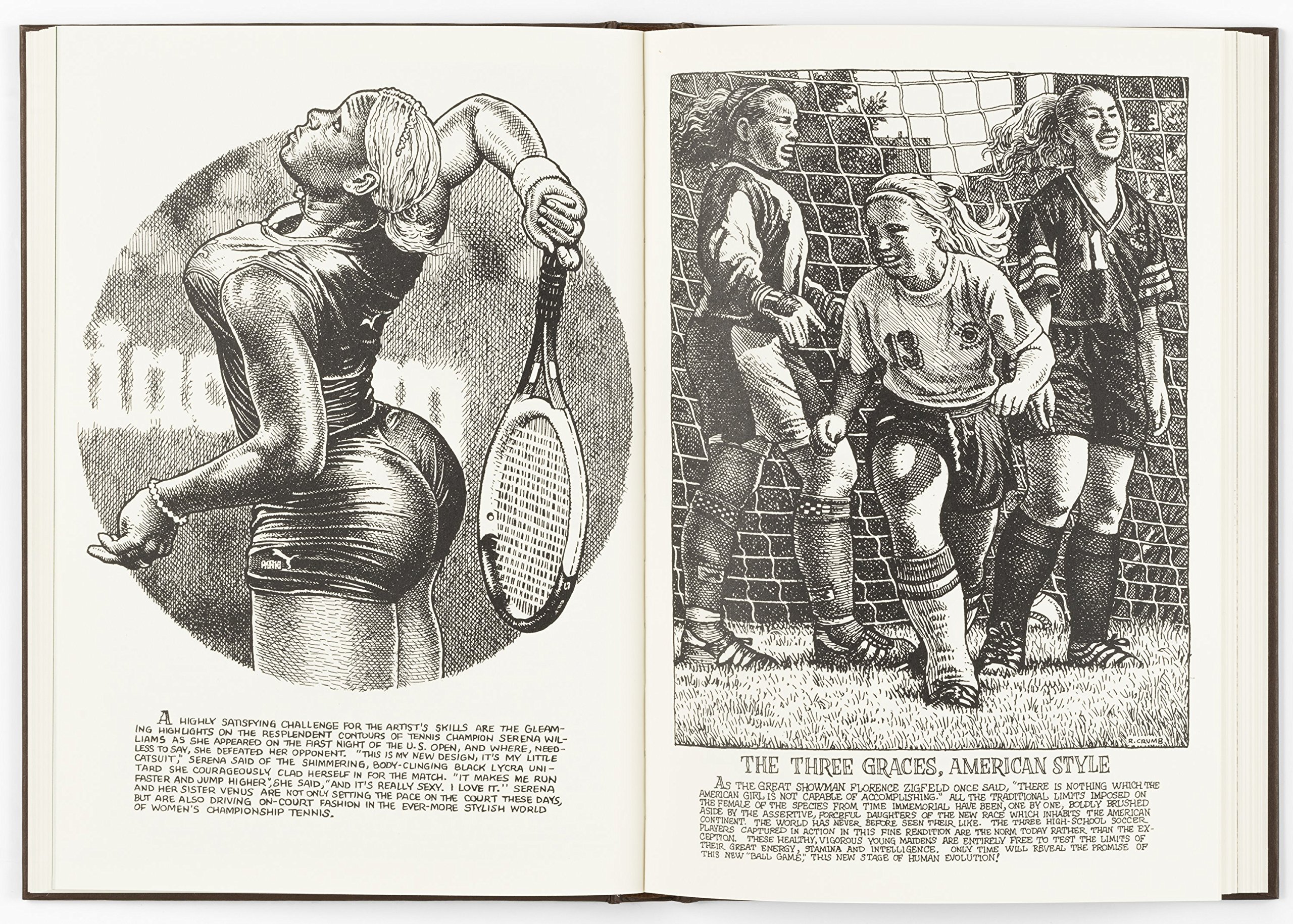 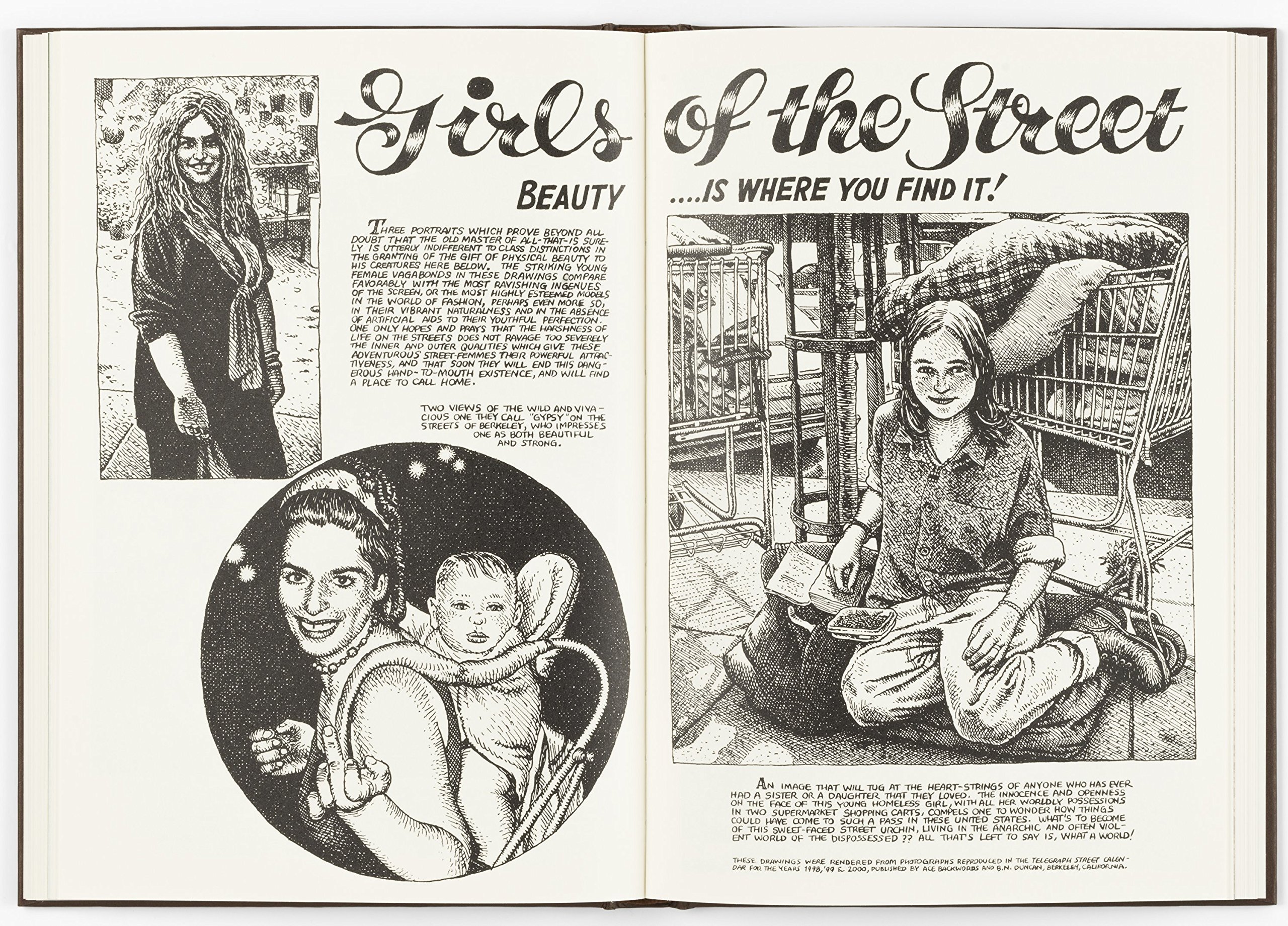 Gathering all three volumes of R. Crumb’s acclaimed Art & Beauty Magazine, this publication guides the reader through the 20-year history of Crumb’s magazine, from the earliest images in the 1990s to the most recent drawings completed in 2016.

Art & Beauty: Number 1, originally published by Kitchen Sink Press in 1996, is at once a satirical take on aesthetics and a continued exploration of Crumb’s subversion of sexuality and mainstream values. Drawings of women in positions ranging from lascivious to modest are accompanied by quotations, many of which are from artists such as Leonardo da Vinci and Harvey Kurtzman. Mining his own obsessions and fantasies, Crumb reimagines the history of art, challenging social mores and expectations of propriety around the female form.
The second volume of Art & Beauty, published in 2003, expanded on the first, adding all-new drawings (also of women) and quotations, likewise taken from the history of art. The images appeal to a purely erotic sensibility, which is undercut by the inclusion of often philosophical prose.

The eagerly awaited Art & Beauty: Number 3 is released for the first time as part of Art & Beauty Magazine, published on the occasion of the artist’s exhibition at David Zwirner, London.
This beautiful edition, with a cover specially designed by the artist, is a wonderful window into Crumb’s world of bodies and ideas, art and beauty, for seasoned supporters and novices alike.

Born in Philadelphia in 1943, R. Crumb has used the comic-book medium to address the absurdity of social conventions, political disillusionment, irony, racial and gender stereotypes, sexual fantasies and fetishes. Inspired by Thomas Nast, Honoré Daumier and T.S. Sullivant, among others, his drawings offer a satirical critique of consumer culture.