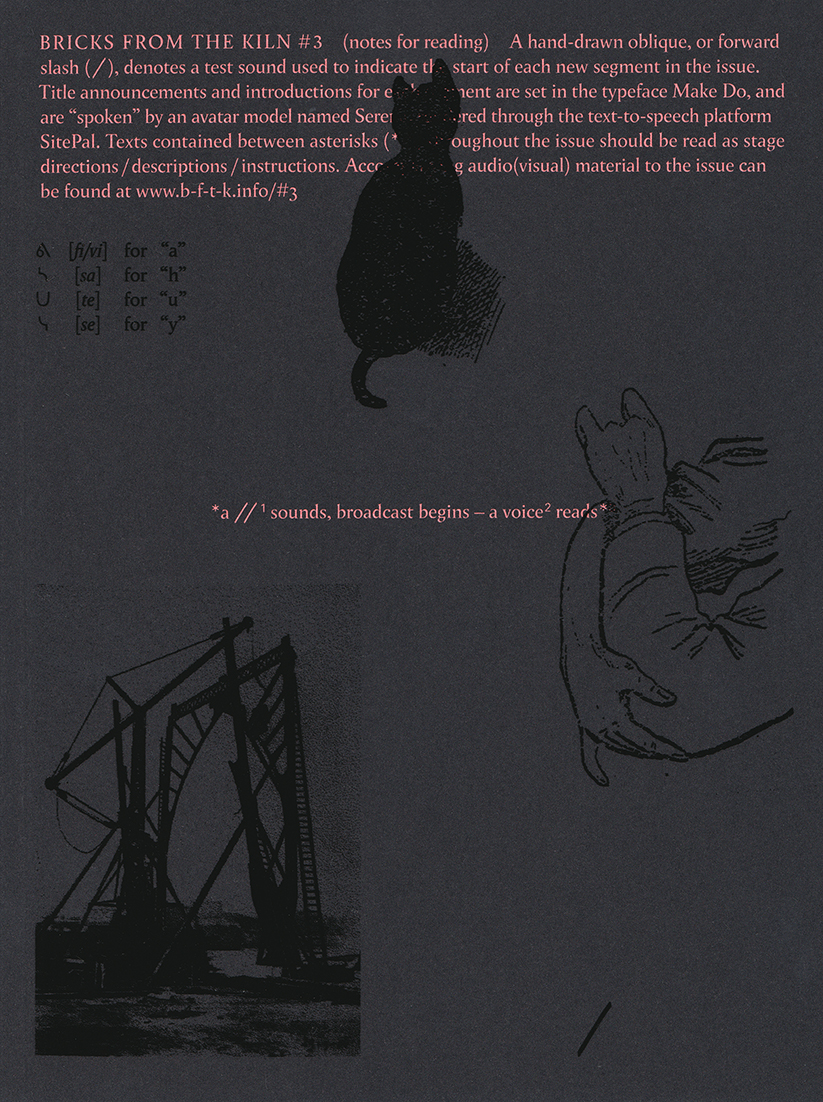 Bricks from the Kiln #3

Bricks from the Kiln is an annual journal edited and designed by Andrew Lister and Matthew Stuart from between London and Chicago. It takes its name from the glossary notes of Ret Marut’s Der Ziegelbrenner (1917–1921) and pulls together writings, investigations and ongoing bodies of research often begun but forced aside.

Bricks from the Kiln #3, features contributions from Bryony Quinn, Nayia Yiakoumaki & Matthew Stuart, Astrid Seme, Mark Owens, Paul Bailey & Sophie Demay, Till Wittwer, Emma Smith, Bruce McLean, Alexandru Balgiu, David Bennewith, Nontsikeleo Mutiti & Tinashe Mushkavanhu, James Bulley and Peter Nencini.
The issue is published as text, image and sound, and includes segments on a contextual history of the oblique, one of the earliest marks of punctuation; an interview on interviewing; a revived ceremonial song lacking a melody; some soft rock for hard times; a visual essay punctuating the recorded voice of Virginia Woolf; a tour through the bowels of the Chicago Board Options Exchange; a bell tower score for a city-wide soundwork; a solo interview-cum-performance; an “aftereading”; Inuit syllabics as a mixture of semantics, poetry and marketing; and James Baldwin and Claudia Rankine in constructed conversation.
Show more
Close
Tag:Bricks from the Kiln
Share: Facebook Twitter Email