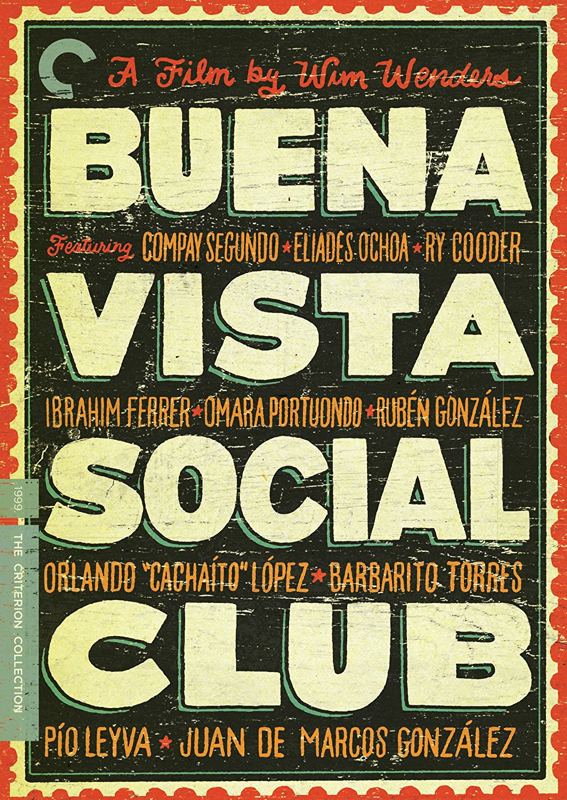 Traveling from the streets of Havana to the stage of Carnegie Hall, this revelatory documentary captures a forgotten generation of Cuba’s brightest musical talents as they enjoy an unexpected encounter with world fame. The veteran vocalists and instru­mentalists collaborated with American guitarist and roots-music champion Ry Cooder to form the Buena Vista Social Club, playing a jazz-inflected mix of cha-cha, mambo, bolero, and other traditional Latin American styles, and recording an album that won a Grammy and made them an international phenomenon. In the wake of this success, director Wim Wenders filmed the ensemble’s members—including golden-voiced Ibrahim Ferrer and piano virtuoso Rubén González—in a series of illuminating interviews and live performances. The result is one of the most beloved documentaries of the 1990s, and an infectious ode to a neglected corner of Cuba’s prerevolutionary heritage.