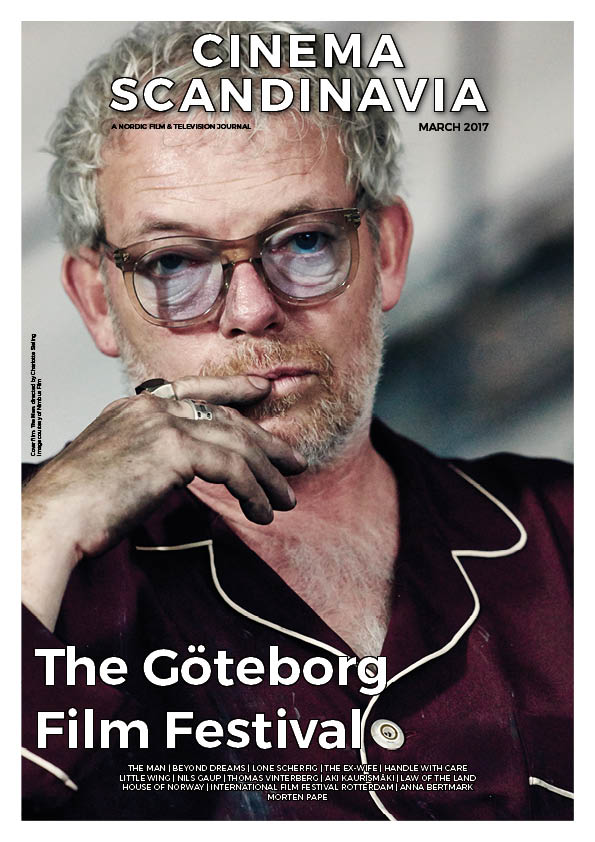 In this issue, we attend the Göteborg Film Festival and take a look at the new exciting films that are travelling around the world. We speak to Nordic Honorary Dragon Award recipient Lone Scherfig about her career and the importance of Dogme95, as well as Søren Malling about his new film, The Man. But that’s not all – we have over thirty pages of interviews, film overviews, reviews and release guides straight from the largest Nordic film festival.

In our essay section, we explore the works of Thomas Vinterberg and Aki Kaurismaki.

In our New Nordic Films section, we take a look at Law of the Land, House of Norway, and all the new Nordic premieres.

In our Nordic Documentary and Nordic Television sections, we provide overviews of upcoming releases around the world.

We are also on the ground at the International Film Festival Rotterdam and speak to the festival director of the Stockholm Feminist Film Festival.

Each issue of Cinema Scandinavia contains:

Cinema Scandinavia is perfect for fans of Nordic film and television around the world – we are the only publication dedicated to writing about Nordic film & television in English.