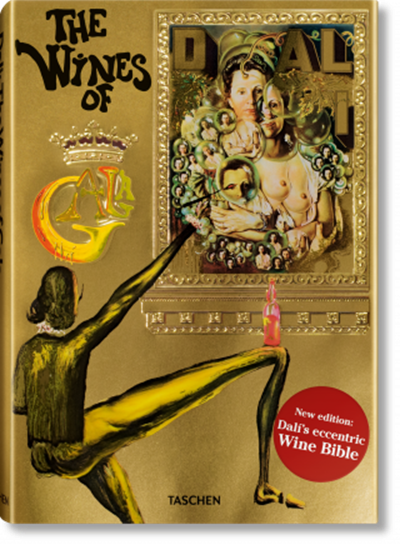 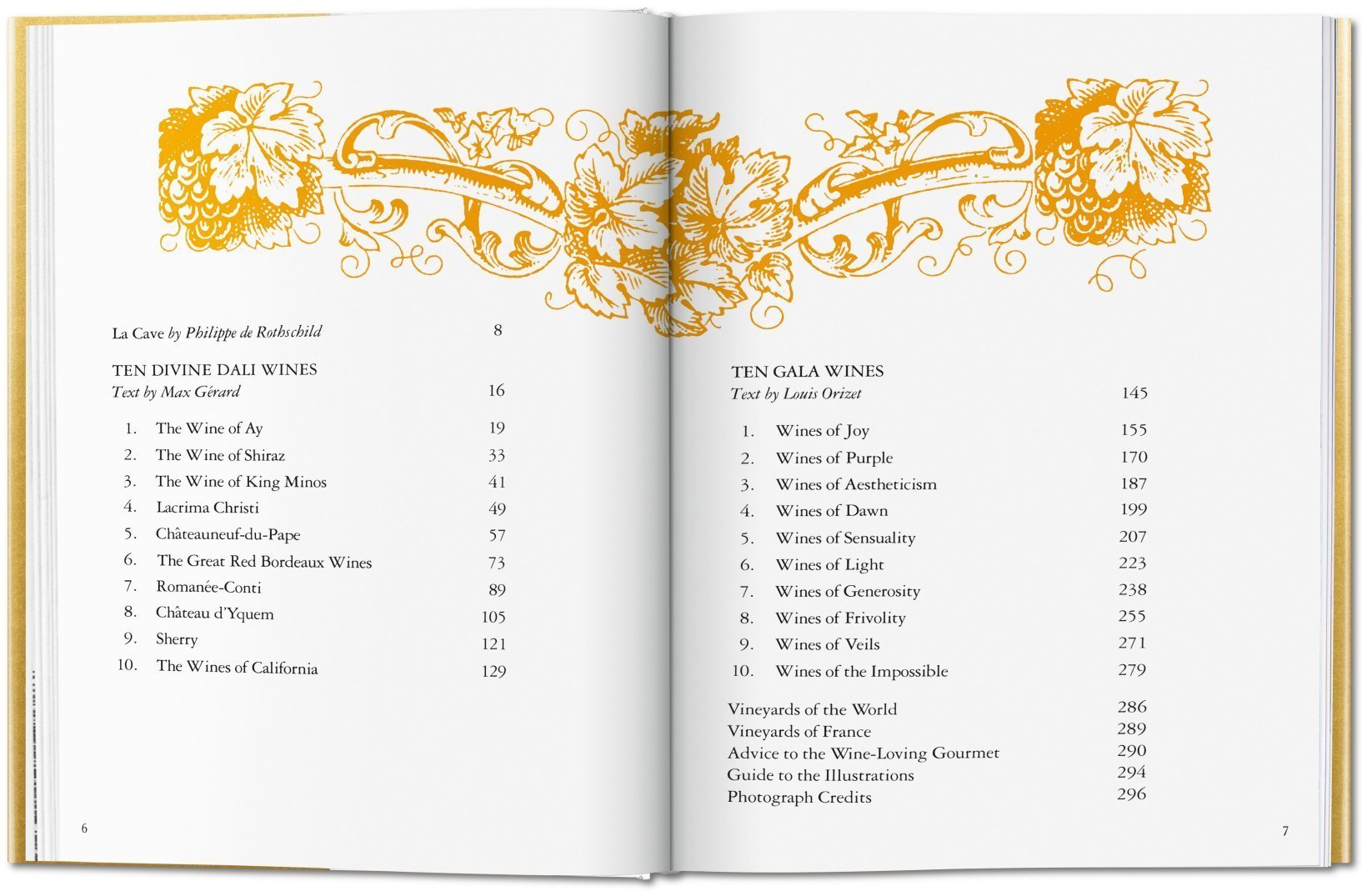 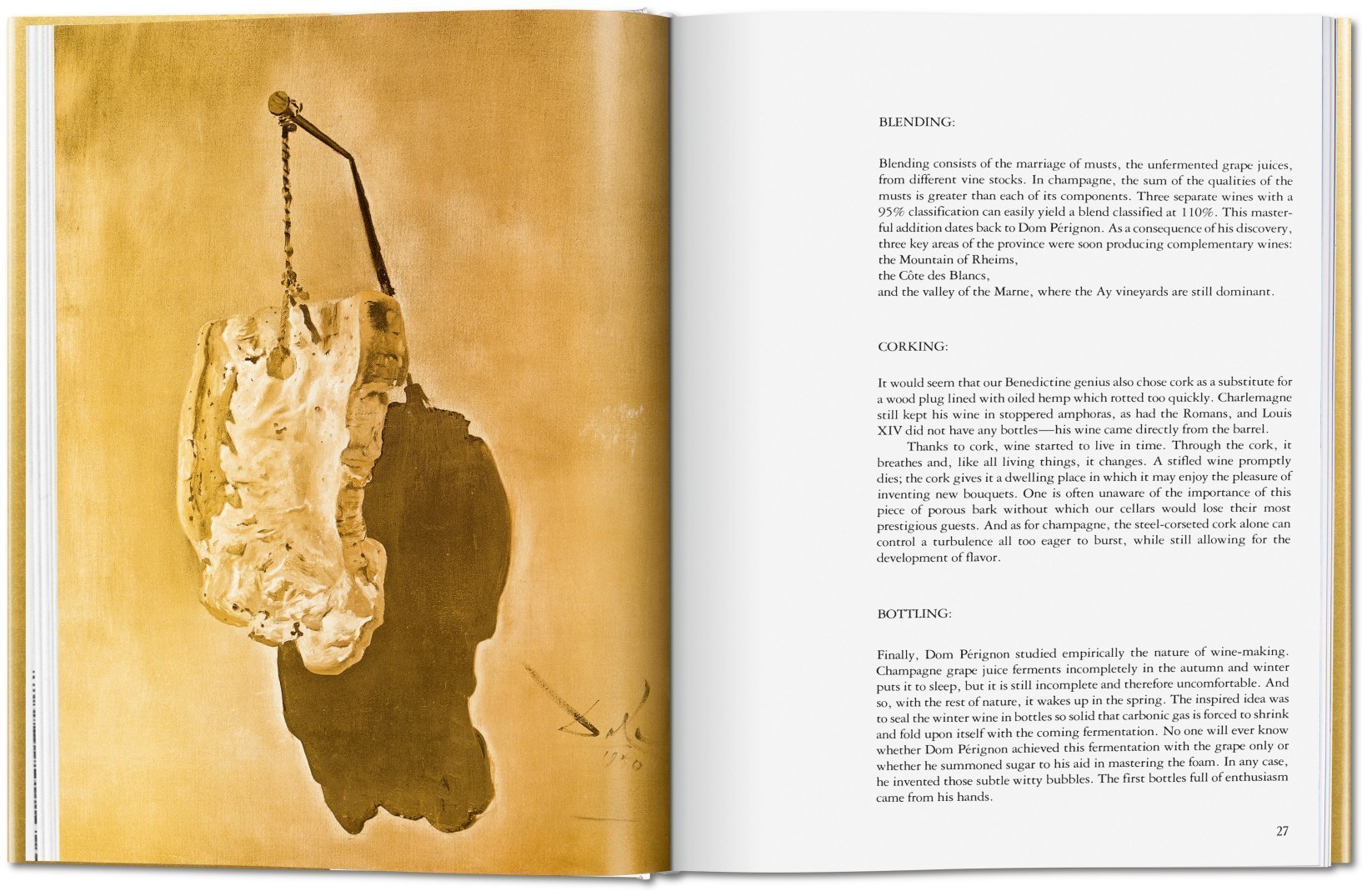 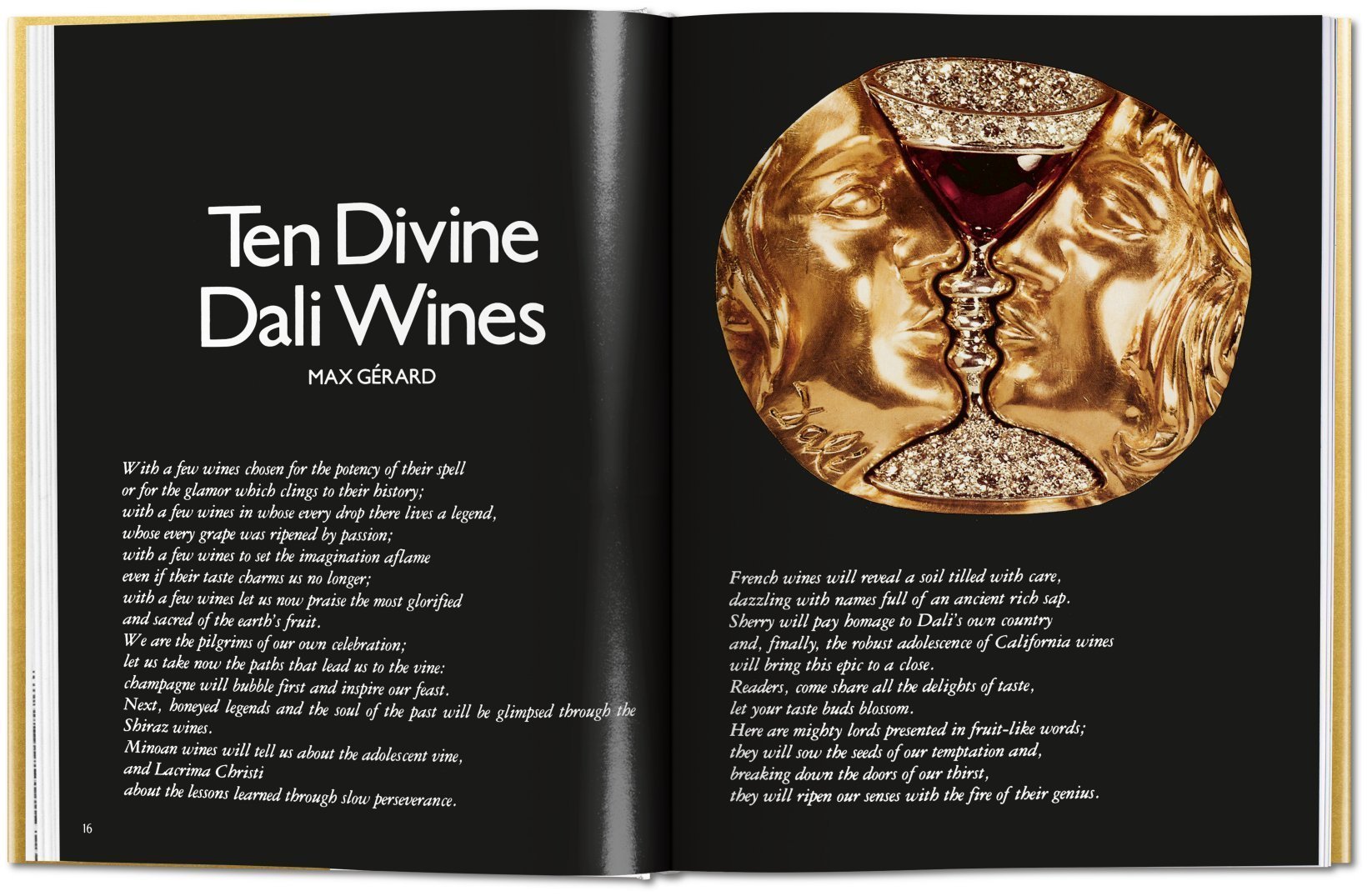 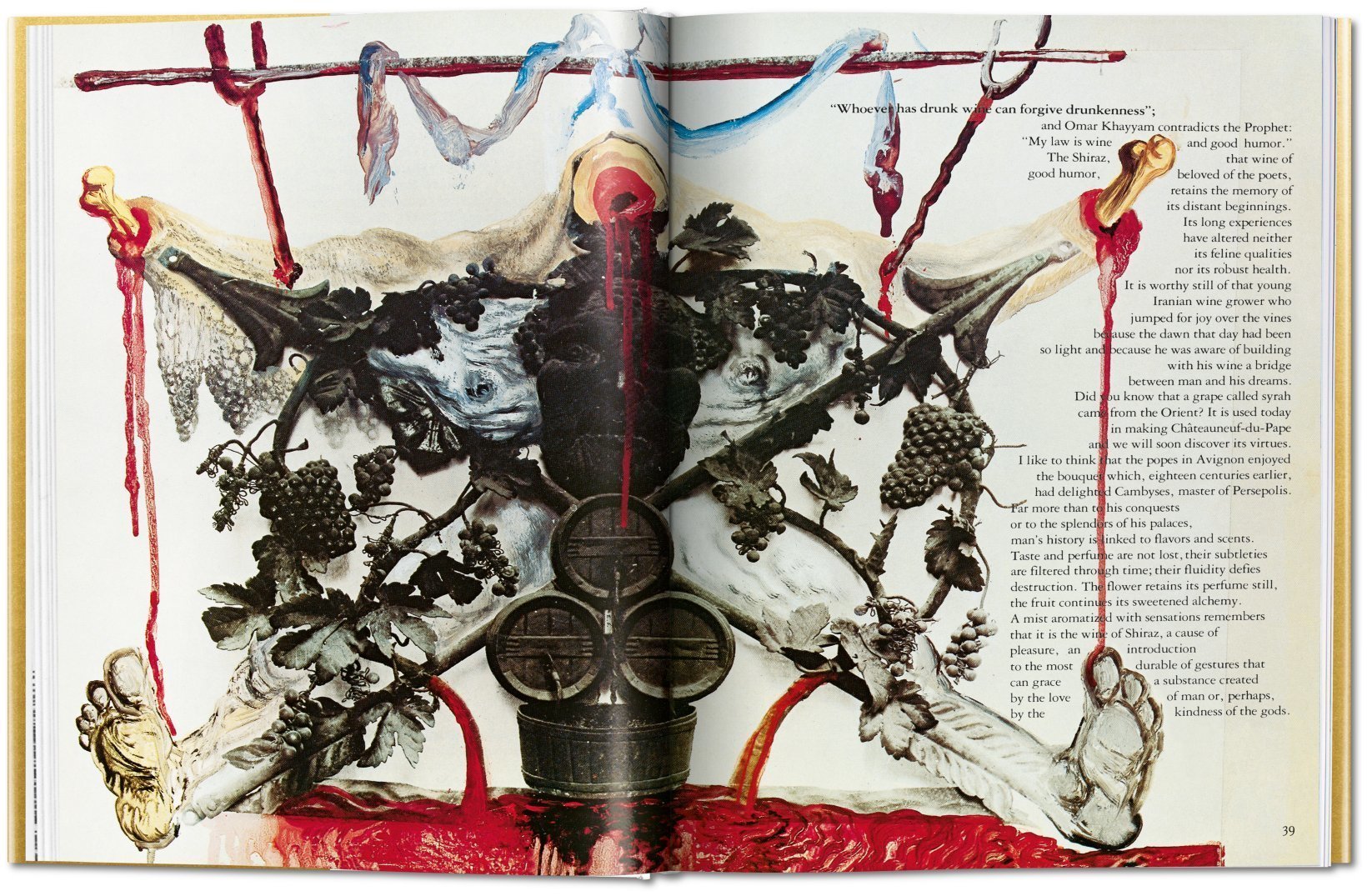 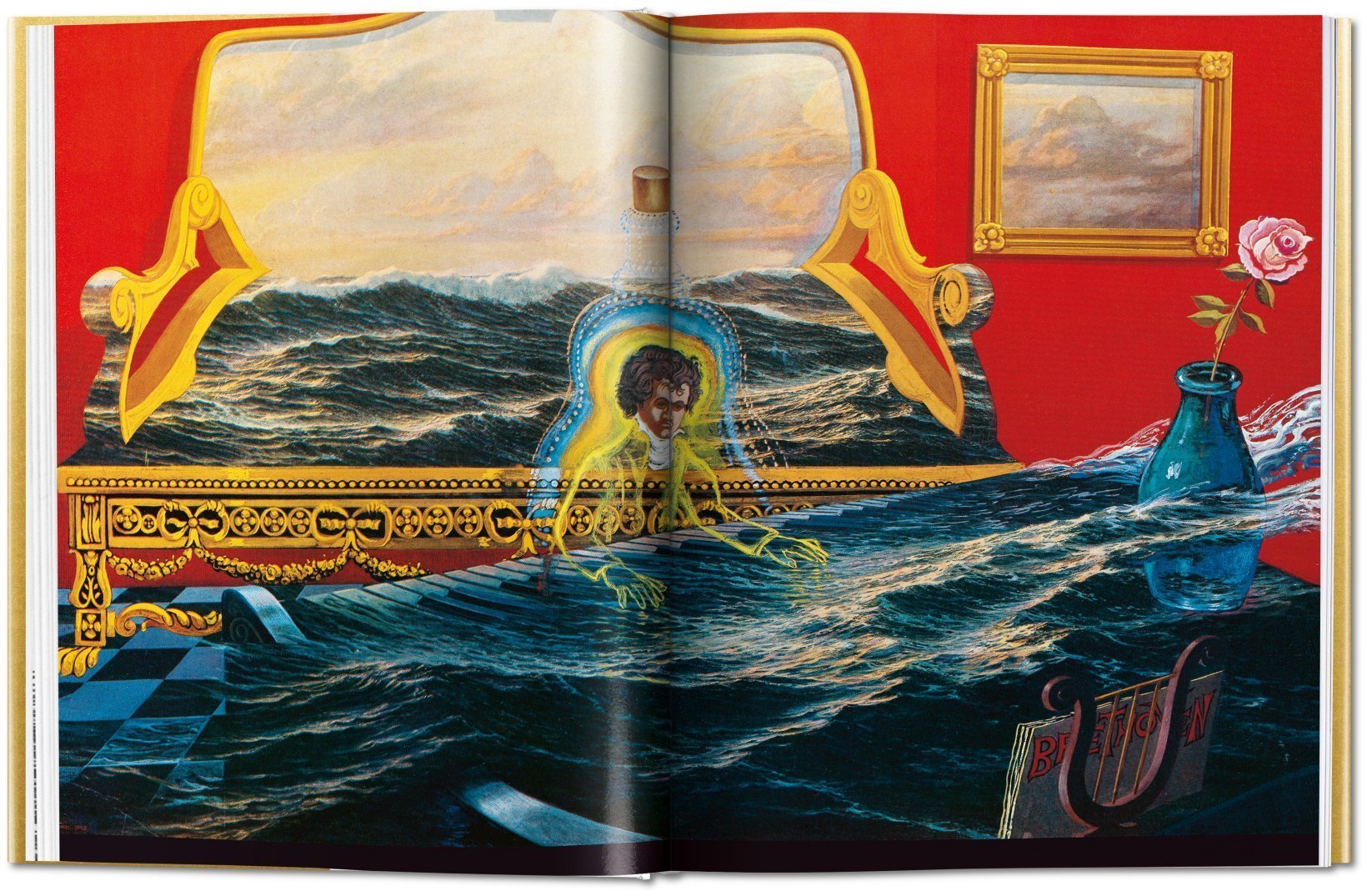 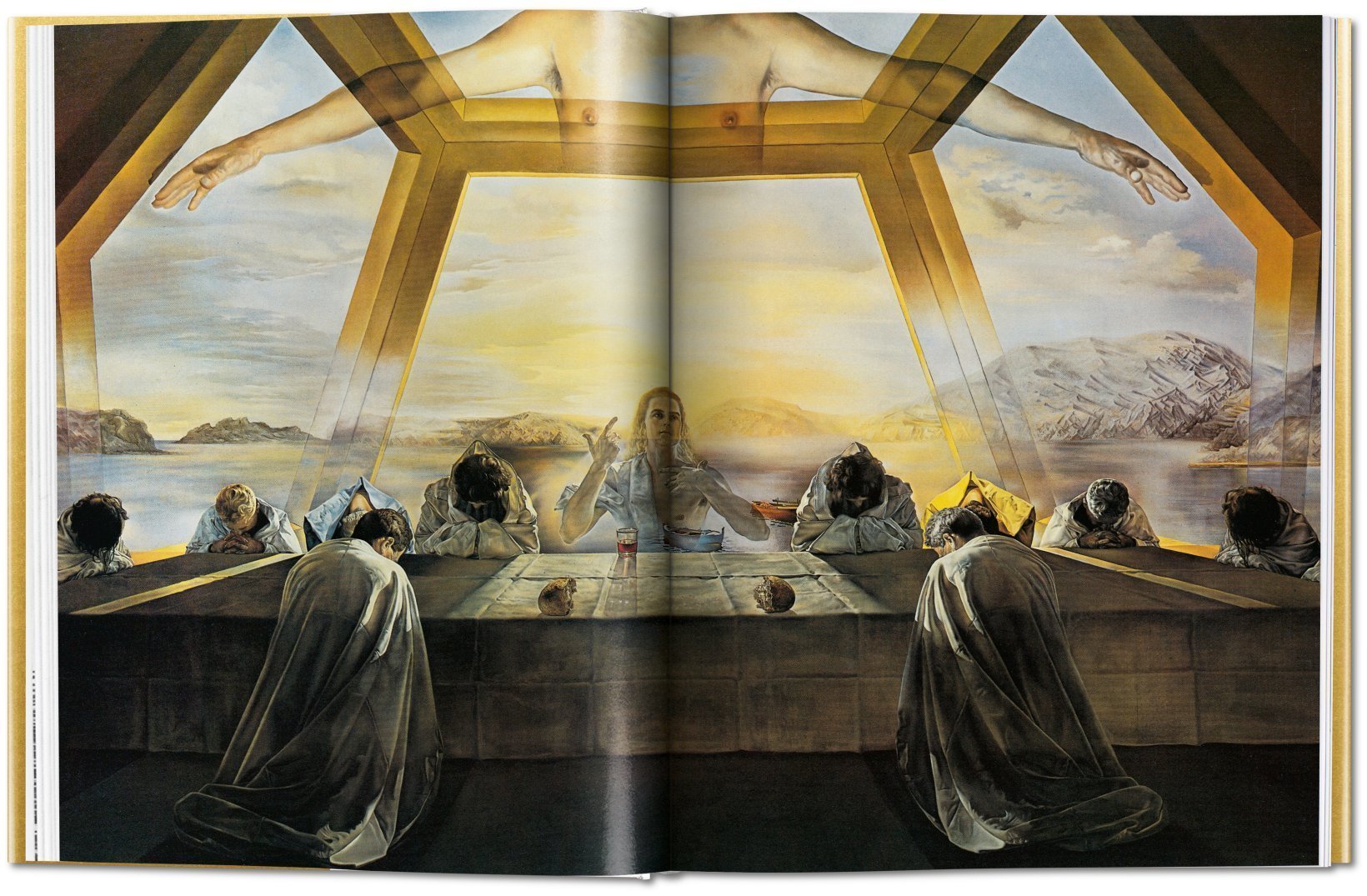 Dalí: The Wines of Gala

Hot on the heels (or lobster claws) of the best-selling Salvador Dalí phenomenon, Les dîners de Gala, TASCHEN presents the artist’s equally surreal and sensual viticulture follow-up: The Wines of Gala. A Dalínian take on pleasures of the grape and a coveted collectible, the book sets out to organize wines “according to the sensations they create in our very depths.” Through eclectic metrics like production method, weight, and color, the book presents wines of the world in such innovative, Dalíesque groupings as “Wines of Frivolity,” “Wines of the Impossible,” and “Wines of Light.”

Bursting with imagery, the book features more than 140 illustrations by Dalí. Many of these areappropriated artworks, including various classical nudes, all of them reconstructed with suitably Surrealist, provocative touches, like Jean-François Millet’s The Angelus, one of Dalí’s favorite points of reference over the decades. Dalí also included what is now considered one of the greatest works from his late “Nuclear Mystic” phase, The Sacrament of the Last Supper (1955), which sets the iconic biblical scene in a translucent dodecahedron-shaped space before a Catalonian coastal landscape. Dalí was by this stage a devout Catholic, simultaneously captivated by science, optical illusion, and the atomic age.

The first section is dedicated to “Ten Divine Dalí Wines,” an overview of 10 important wine-growing regions, while the second develops Dalí’s revolutionary ordering of wine by emotional experience, instead of by geography or variety. Rather than any prescriptive classification, it’s aflamboyant, free-flowing manifesto in favor of taste and feeling, as much a multisensory treat as a full-bodied document of Dalí’s late-stage oeuvre, in which the artist both reflected on formative influences and refined his own cultural legacy.