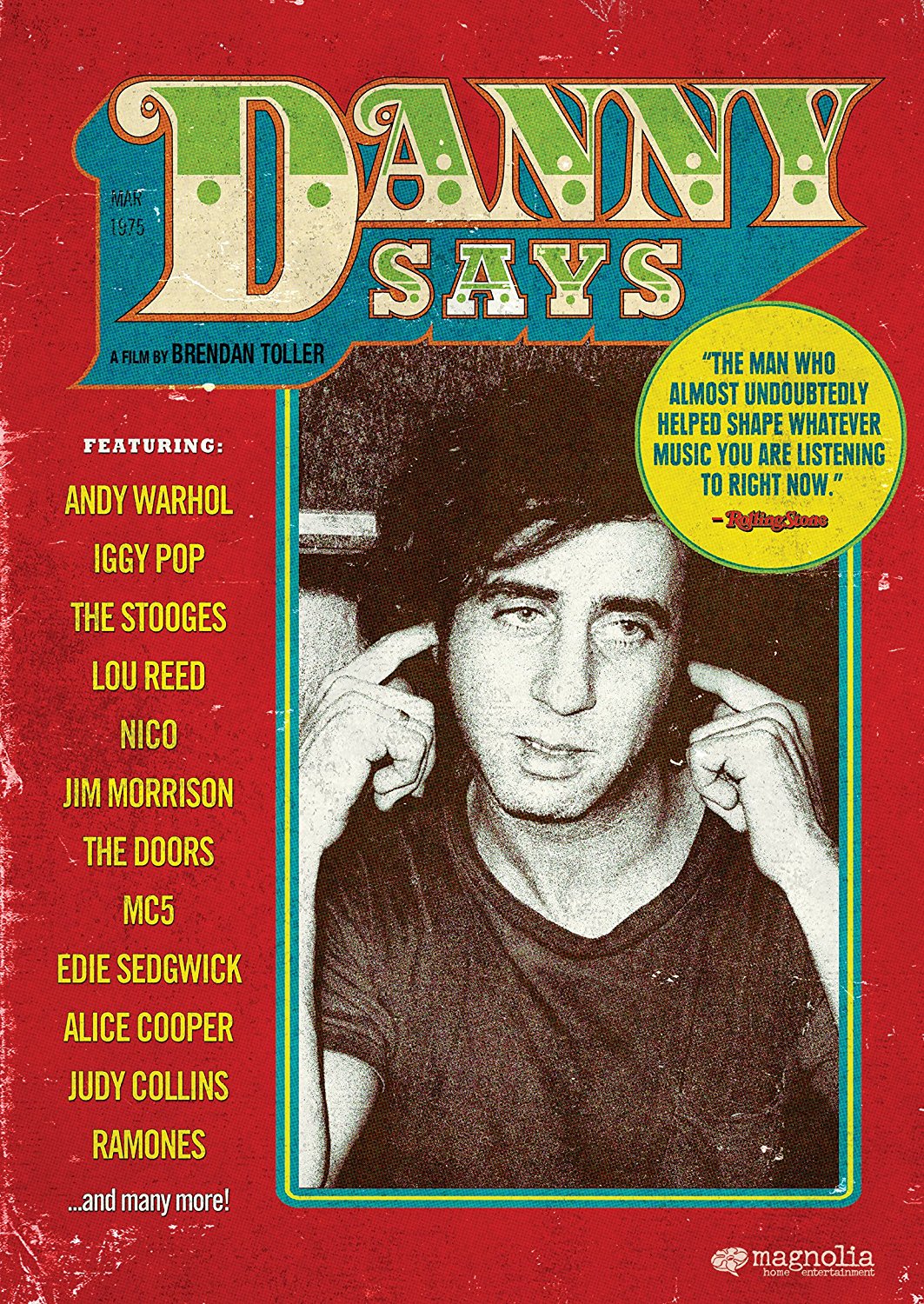 Danny Says is a documentary chronicling the iconic life and times of Danny Fields, the legend who since 1966 played a pivotal part in shaping rock and roll and the counterculture of the late 20th century.

Danny Says follows Fields, a behind-the-scenes connector, from his early career supporting musical talent through rock journalism, to working for the Doors, Cream, Lou Reed, Nico, Judy Collins and later managing groundbreaking artists such as the Stooges, the MC5 and the Ramones.

The film traces his rise from Phi Beta Kappa whiz-kid, to Harvard Law dropout, to the Warhol Silver Factory, to Director of Publicity at Elektra Records, to punk pioneer and beyond. A wild story of a man whose taste and opinion, once deemed defiant and radical, has turned out to have been prescient, Danny Says is also about the marginal turning mainstream, avant garde turning prophetic, as Fields looks to the next generation.

“Beguiling portrait of the man behind the scenes, from The Doors to the Ramones.” UNCUT

“You could make a convincing case that without Danny Fields, punk rock would not have happened.” NEW YORK TIMES, FEATURE

“…a nice Fields 101 primer on the man who almost undoubtedly helped shape whatever music you are listening to right now.” ROLLING STONE

“Indelible snapshots of Jim Morrison, Iggy Pop, the Velvet Underground, the Ramones and many more in their prime.” VARIETY