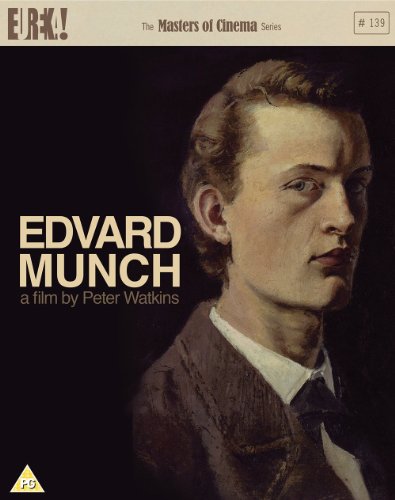 Director: Peter Watkins
Blu-Ray, 1974
249 SEK
Out of stock
E-mail when item is available for order

Described by Ingmar Bergman as ”a work of genius”, Peter Watkins’ multi-faceted masterwork is more than just a biopic of the iconic Norwegian Expressionist painter; it is one of the best films ever made about the artistic process. Focusing initially on Munch’s formative years in late 19th century Kristiania (now Oslo), Watkins uses his trademark vérité style to create a vivid picture of the emotional, political, and social upheavals that would have such an effect on his art.

The young artist (Geir Westby) has an affair with ”Mrs. Heiberg” (Gro Fraas), a devastating experience that will haunt him for the rest of his life. His work is viciously attacked by critics and public alike and he is forced to leave his home country for Berlin, where, along with the notorious Swedish playwright August Strindberg, he becomes part of the cultural storm that is to sweep Europe.

There have been countless film biographies of famous artists, but only a handful can be considered major works in their own right. The Masters of Cinema Series is proud to present Watkins’ extended 221-minute version, in a new Blu-ray presentation.

Special features:
– Director-approved high-definition restoration of the long version
– Optional SDH subtitles for the deaf and hard of hearing
– 80-PAGE BOOK with a Peter Watkins self-interview, writing by Joseph Gomez, a Munch timeline, and numerous artworks.