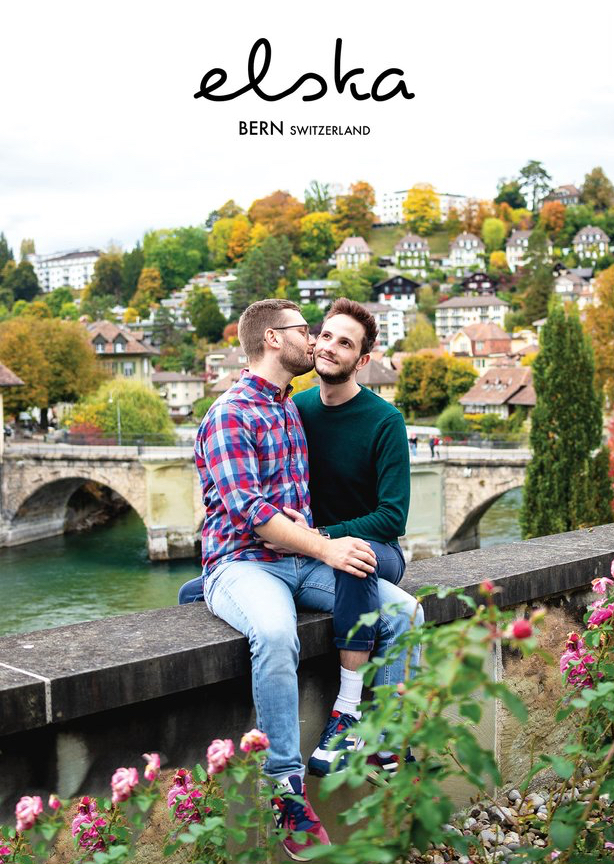 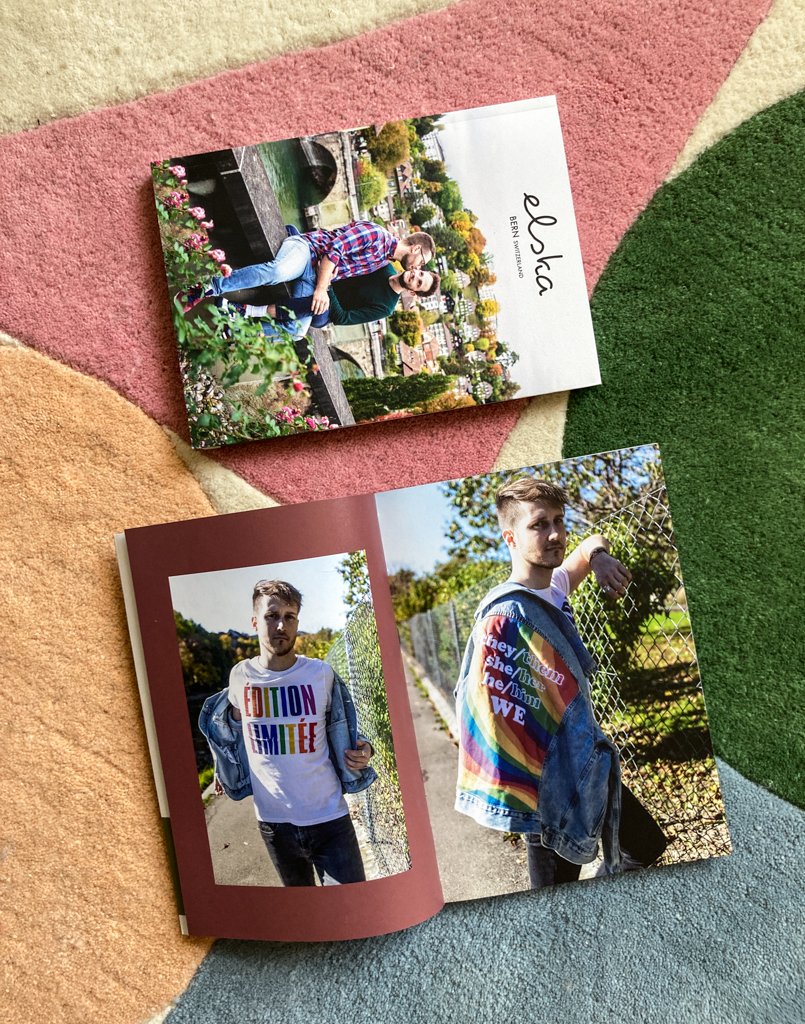 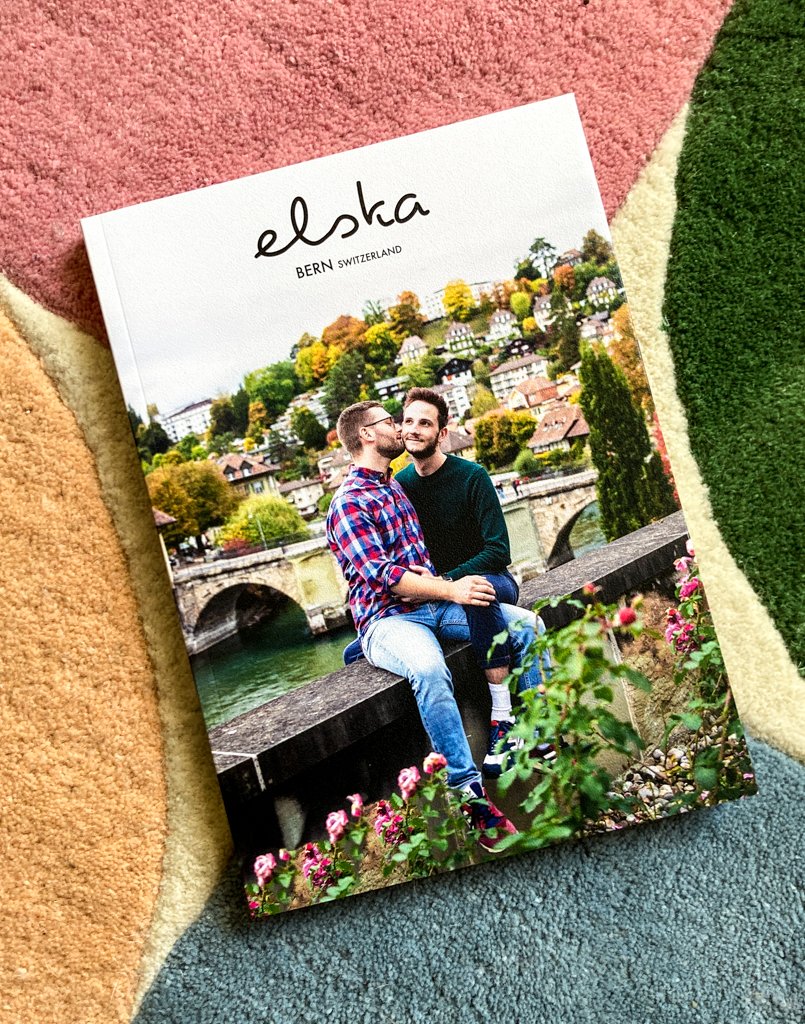 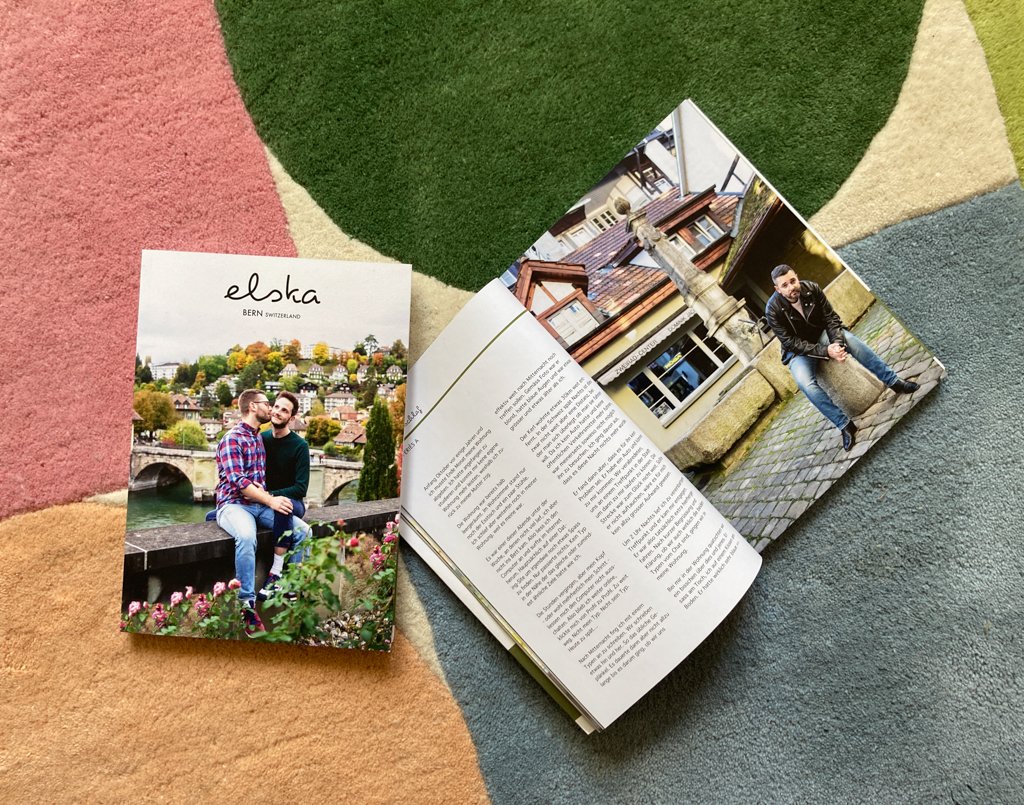 This edition was made in Bern, the de-facto capital of one of the prettiest countries in the world, Switzerland. Matching this prettiness is an issue full of rather pretty boys shot in pretty backdrops, leading to a final product that almost looks too pretty to fit within the Elska canon, a publication often lauded for its promotion of the ‘beauty of imperfection’. This is however what makes this issue really pop, especially when we get beneath the surface of the beauty façade by really getting to know the locals.

Another factor that makes this edition stand out relates to another stereotype of this part of Switzerland, the idea that people are rather reserved and buttoned-up, rendering them unwilling to reveal so much of their bodies and voices for some gay magazine. Indeed this wasn’t the easiest issue to find participants, but it was more a case of taking some time to warm people up, and once this happened, the results feel all the more triumphant.

Inside ‘Elska Bern’ readers are introduced to around a dozen ordinary local men, presented through a combination of honest photography and intimate storytelling. They were each photographed in their city’s streets and in their own homes, in their own clothes and sometimes in no clothes at all. The stories were penned by each of men themselves too, allowing you to get to know them even more, as if you’d been there in Bern with us in person.