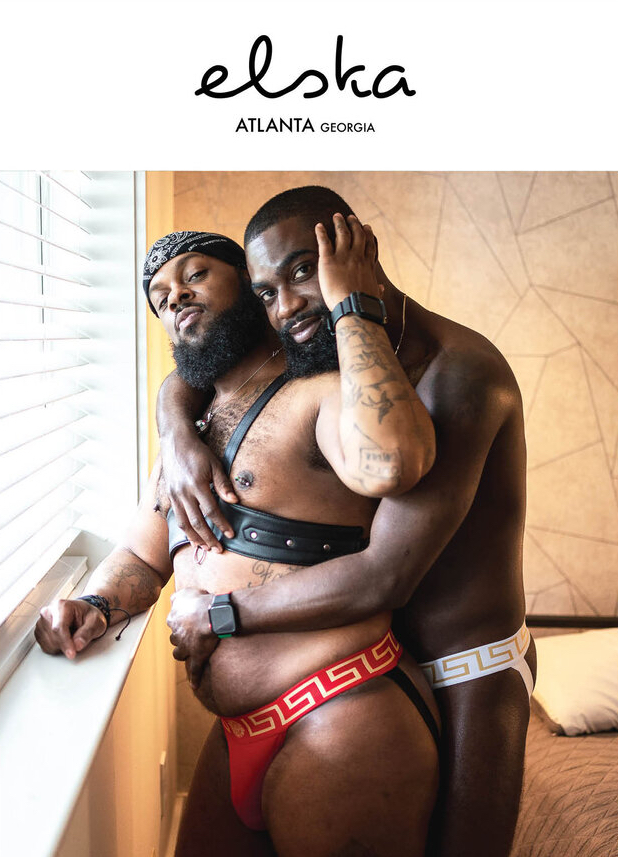 This edition was made in Atlanta, Georgia. The Elska team went there for a week, met a bunch of local guys, and then took photos and gathered stories from them, which we present to you here. Atlanta is the biggest city in America’s Deep South, a place that many consider the gay capital of Black America. Shot in the aftermath of an extremely politically charged year, where Atlanta and the work of Stacey Abrams almost single-handedly led to the defeat of Donald Trump, this was a great time to celebrate the city with our Elska spotlight.

Each of the men we met in the city were free to introduce themselves in any way they wanted – they could wear whatever they wanted, if anything, and in their stories they could write about absolutely anything. Certainly in this era, politics made an appearance, both in the stories and in the images, but it’s not by any means a political issue of Elska, even if there may be a cheeky little appearance by Stacey Abrams and Jon Ossoff.

Yet even beyond such litteral references to politics, sharing these queer voices in what many would consider the conservative American heartland is a political act itself, as is the act of sharing these queer bodies, many of which don’t fit the mould of what mainstream media tends to consider worthy, attractive, or compelling. Without a doubt, all of these men are beautiful and important as they are, and we hope that this issue, and all Elskas, serves as a way of celebrating them.