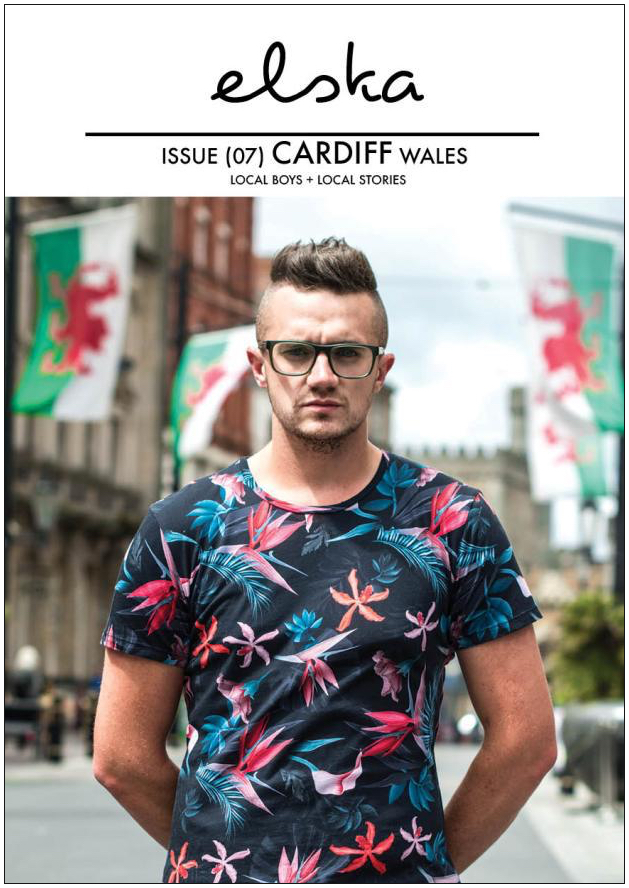 Issue 7 is dedicated to Cardiff, capital of Wales and one of the four national capitals of the UK. A cosmopolitan but often overlooked British city, this journey to Cardiff will show you that there is a unique culture here and that Wales is not just another England. Here it’s rugby (not football), red dragons (not red lions), daffodils (not roses), Welshcakes (not scones), and chip shops (not chicken shops)!

The sixteen men featured inside were photographed around the city and in their homes. Some were shot clothed, some nude – it was their choice, but the style was always spontaneous, un-airbrushed and authentic. As usual, each boy’s pictorial spread is accompanied by a self-penned story. The Cardiff issue includes three written in Welsh and even one in Catalan (written by a local university student shot in town).

This is the biggest edition so far, and it’s actually Elska’s most diverse yet in terms of body size (there’s skinny boys, muscle guys, cubs, and a few requisite Welsh rugby lads); and also in terms of age – the guys who chose to participate in the Cardiff edition ranged from 19 to 75. Croeso i Cymru!