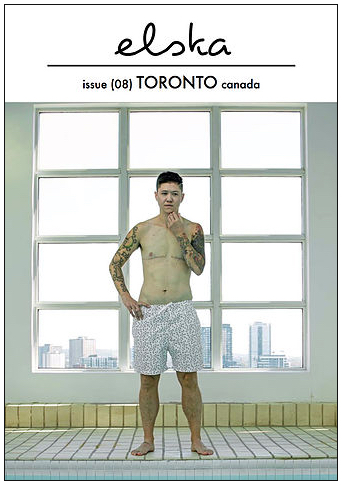 Issue 08 is dedicated to Toronto, Ontario, one of the most multicultural cities in the world. It’s also one of the most mixed up and hard to fathom cities – the architecture is all over the place, the neighbourhoods all feel disparate, and the whole place is vast. We knew from the start we wanted to do a Canadian city, and this made a fantastic introduction to a fascinating and multi-faceted country.

We travelled all over this town meeting the local boys and seeing the sights, including lots of cameos of the CN Tower. There’s also a few Canadian touches here and there like one lad in front of some red maple leaves and Prime Minister Justin Trudeau next to a boy with his dick out!

Like the city, the fourteen men featured inside represent a variety of cultural backgrounds, races, body types, styles, and ages (this issue’s men ranged from 20 to 73). Each were photographed around the city or in their homes, and many did both, including a fair few nudes – Torontonians turned out to not be a very shy bunch! And as usual, each boy’s spread includes by a story written by him about his life and the city.