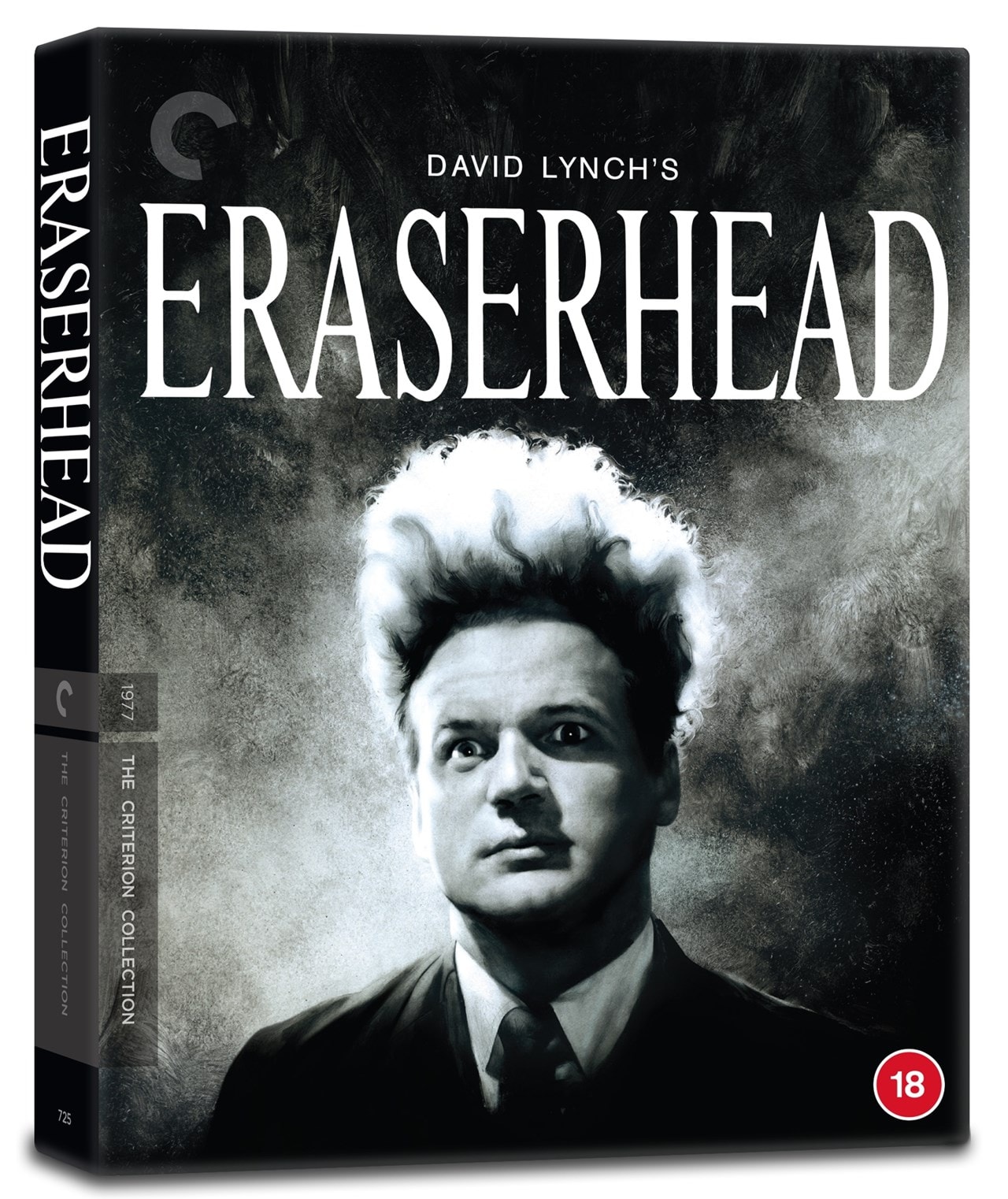 A dream of dark and troubling things . . .

David Lynch’s 1977 debut feature, Eraserhead, is both a lasting cult sensation and a work of extraordinary craft and beauty. With its mesmerizing black-and-white photography by Frederick Elmes and Herbert Cardwell, evocative sound design, and unforgettably enigmatic performance by Jack Nance, this visionary nocturnal odyssey continues to haunt American cinema like no other film.

Special features:
– New 4K digital restoration, supervised by director David Lynch, with uncompressed stereo soundtrack on the Blu-ray
– “Eraserhead” Stories, a 2001 documentary by Lynch on the making of the film
– New 2K digital restorations of six short films by Lynch: Six Men Getting Sick (1967), The Alphabet(1968), The Grandmother (1970), The Amputee, Version 1 and Version 2 (1974), and Premonitions Following an Evil Deed (1995), all with video introductions by Lynch
– New documentary featuring interviews with actors Charlotte Stewart and Judith Roberts, assistant to the director Catherine Coulson, and cinematographer Frederick Elmes
– Archival interviews with Lynch and members of the cast and crew
– Trailer
– PLUS: A booklet featuring an interview with Lynch from filmmaker and writer Chris Rodley’s 1997 book Lynch on Lynch