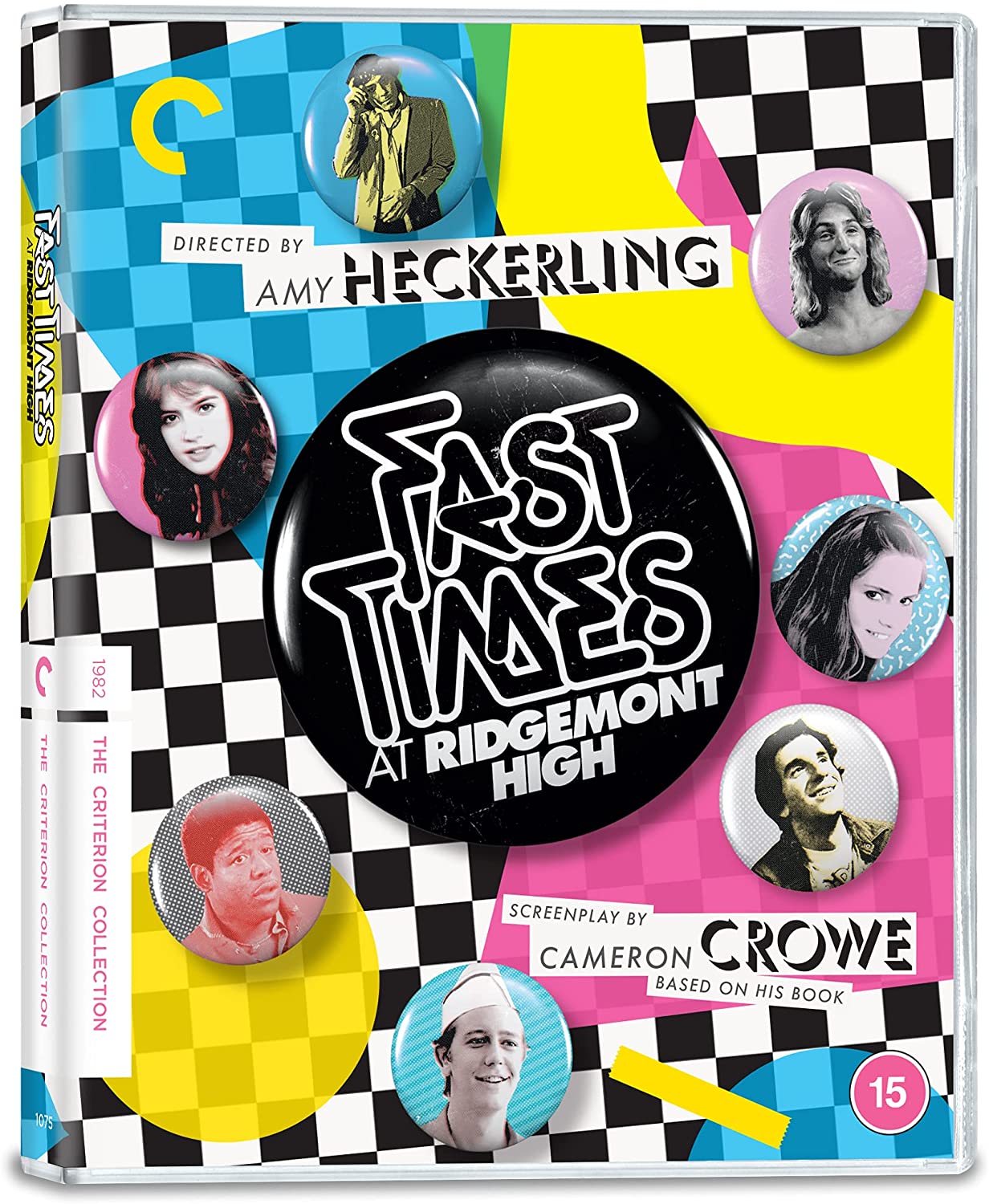 Director: Amy Heckerling
Blu-Ray, 1982
349 SEK
Out of stock
E-mail when item is available for order

The wild world of adolescence has rarely been captured with as sharp an observational eye as in this refreshingly smart, frank spin on the teen comedy by director Amy Heckerling and screenwriter Cameron Crowe—for each of whom it kicked off a hugely successful film career. Based on Crowe’s experiences going undercover as a student at a Southern California high school, Fast Times at Ridgemont High blends hormone-fueled hilarity with an almost sociological examination of the 1980s teenage experience: the shopping mall hangouts, fast-food jobs, buzzkill teachers, awkward dates, and first experiences of love and sex. This pop-culture touchstone launched to stardom practically an entire cast of unknowns—including Jennifer Jason Leigh, Phoebe Cates, Judge Reinhold, Forest Whitaker, Anthony Edwards, Eric Stoltz, and Sean Penn as stoner icon Jeff Spicoli—and broke new ground in its raw yet sensitive depiction of the realities of coming of age.

Special features:
– New, restored 4K digital transfer, supervised by director Amy Heckerling, with 5.1 surround DTS-HD Master Audio soundtrack on the Blu-ray
– Audio commentary from 1999 featuring Heckerling and screenwriter Cameron Crowe.
– Television version of the film from the eighties, featuring deleted and alternate scenes
– New conversation with Heckerling and Crowe, moderated by filmmaker Olivia Wilde
– Reliving Our “Fast Times at Ridgemont High,” a 1999 documentary featuring interviews with cast and crew
– Audio discussion from 1982 with Heckerling at the American Film Institute
– English subtitles for the deaf and hard of hearing
– PLUS: An essay by film critic Dana Stevens and, for the Blu-ray edition, a new introduction by Crowe