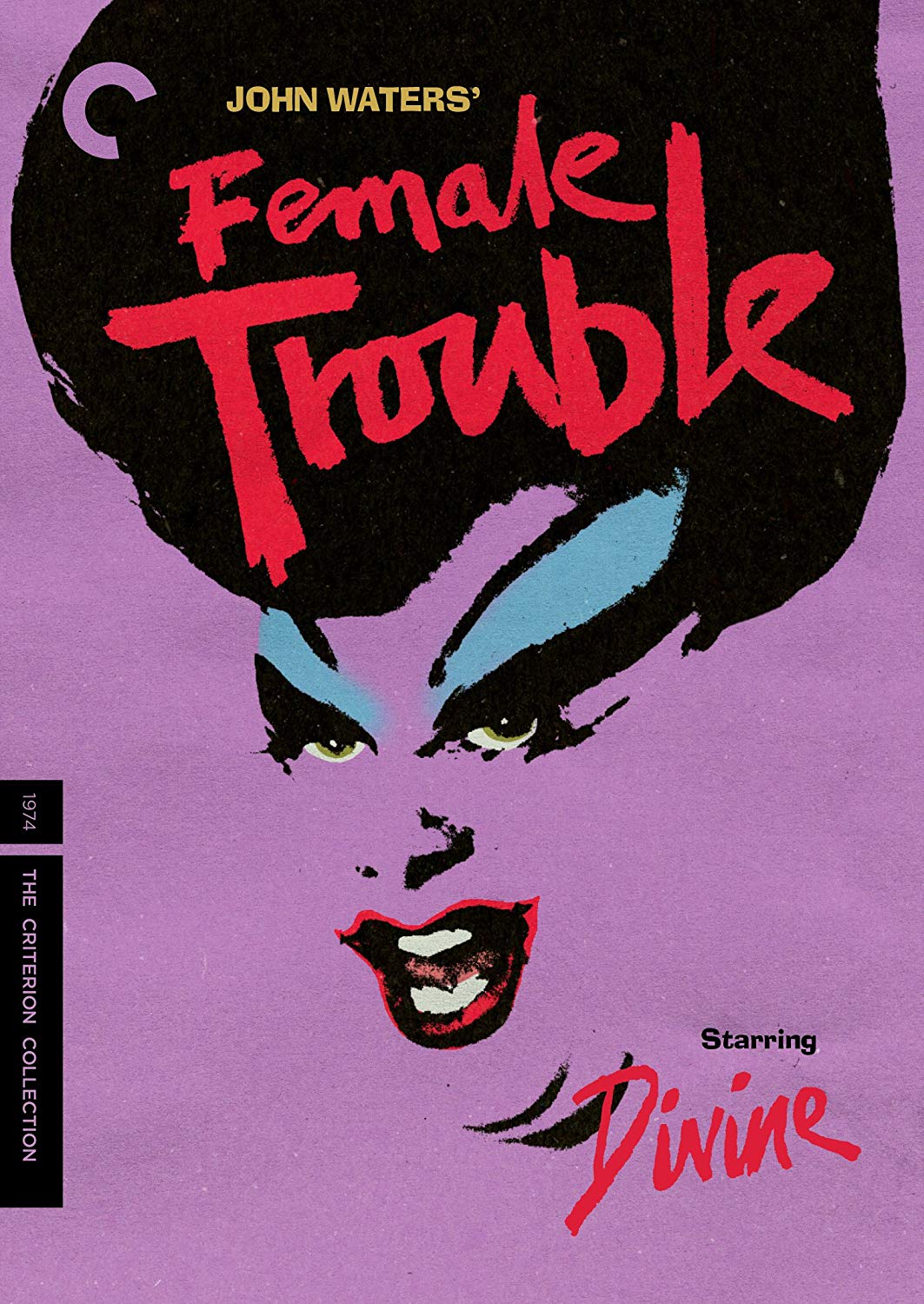 Glamour has never been more grotesque than in Female Trouble, which injects the Hollywood melodrama with anarchic decadence. Divine, director John Waters’ larger-than-life muse, engulfs the screen with charisma as Dawn Davenport, the living embodiment of the film’s lurid mantra, “Crime is beauty,” who progresses from a teenage nightmare hell-bent on getting cha-cha heels for Christmas to a fame monster whose egomaniacal impulses land her in the electric chair. Shot in Waters’ native Baltimore on 16 mm, with a cast drawn from his beloved troupe of regulars, the Dreamlanders (including Mink Stole, David Lochary, Mary Vivian Pearce, Edith Massey, and Cookie Mueller), this film­—the director’s favorite of his work with Divine—comes to life through the tinsel-toned vision of production designer Vincent Peranio and costume designer/makeup artist Van Smith. An endlessly quotable fan favorite, Female Trouble offers up perverse pleasures that never fail to satisfy.