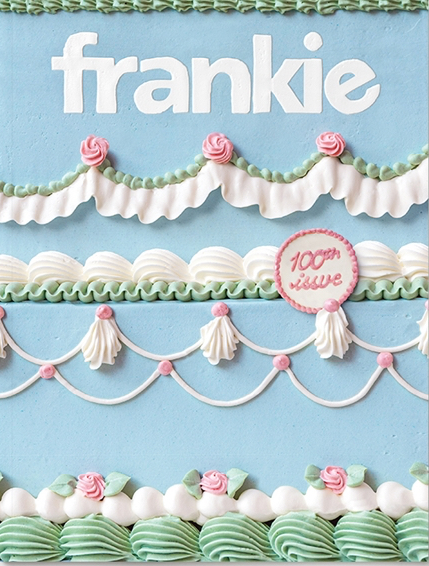 Let’s all light some candles, prepare our icing-licking technique and clear our throats for a rousing rendition of the happy birthday song, because frankie has just turned 100! hip-hip-hooray! blood, sweat, tears, copious amounts of tea and just as many viewings of the golden girls and twin peaks have gone into the past 17 years of mag-making, culminating in this here cake-y beauty, which almost look edible (though we don’t recommend having a taste). as always, it’s packed with the weird, wonderful and heartwarming, like a nifty guide to mushroom foraging, an ode to ye olde grunge fashion, the very best mockumentaries and an awesome indigenous archaeologist. we meet the first-ever female roadie and some folks who’ve reached 100 in their own unique way (including having lunch with 100 total strangers), make vision boards for the year ahead, and revisit some childhood hobbies (turns out tamagotchis are just as annoying as you remember). there’s a 1970s australia-themed bar, some tips on not being a dick at a gallery, and ideas for giving old socks new life. so, what are you waiting for, frankie friends? pop on a party hat and grab a copy, stat.