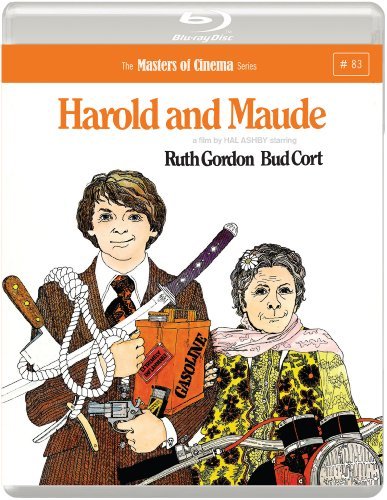 Director: Hal Ashby
Blu-Ray, 1971
249 SEK
Out of stock
E-mail when item is available for order

A glorious mixture of the riotously morbid and joyously life-affirming, Hal Ashbys Harold and Maude was an instant counter-culture favourite on its release in 1971, and whose popularity has spread in the decades since to become simply one of the most beloved cult comedies ever made.

Following the burgeoning relationship between the gloomy, 20-year-old, suicide-staging Harold (Bud Cort), suffocated by his wealthy homestead, and the sprightly octogenarian Maude (Ruth Gordon), whose bohemian wiles and open-arms approach to living enable his first gentle steps towards embracing existence.

The Masters of Cinema Series is proud to present this masterpiece for the first time on Blu-ray in the UK.