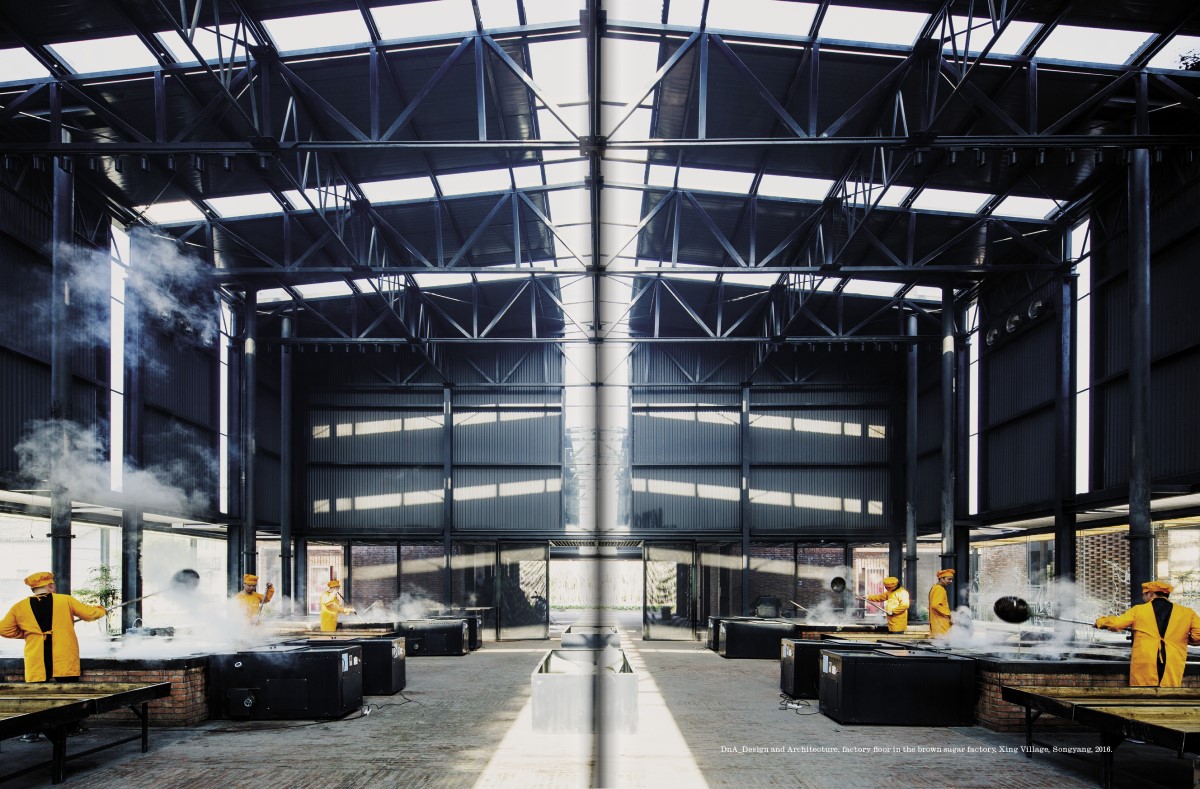 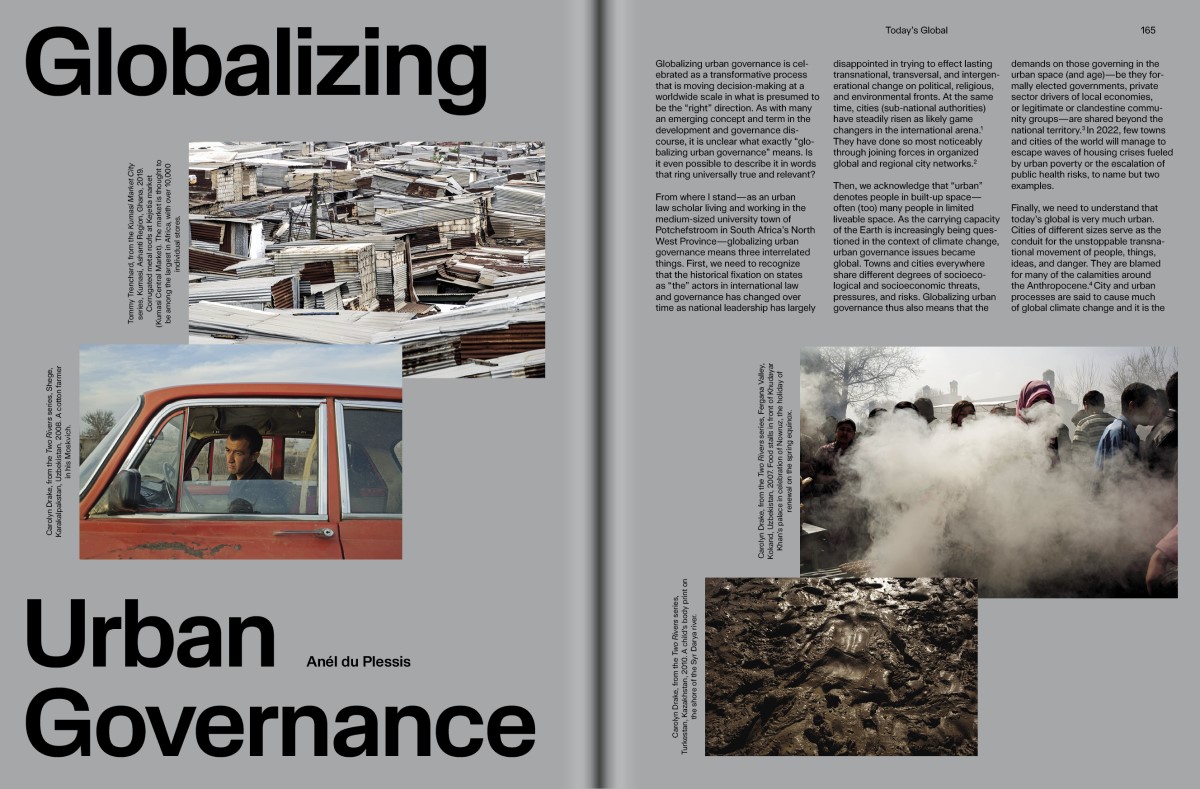 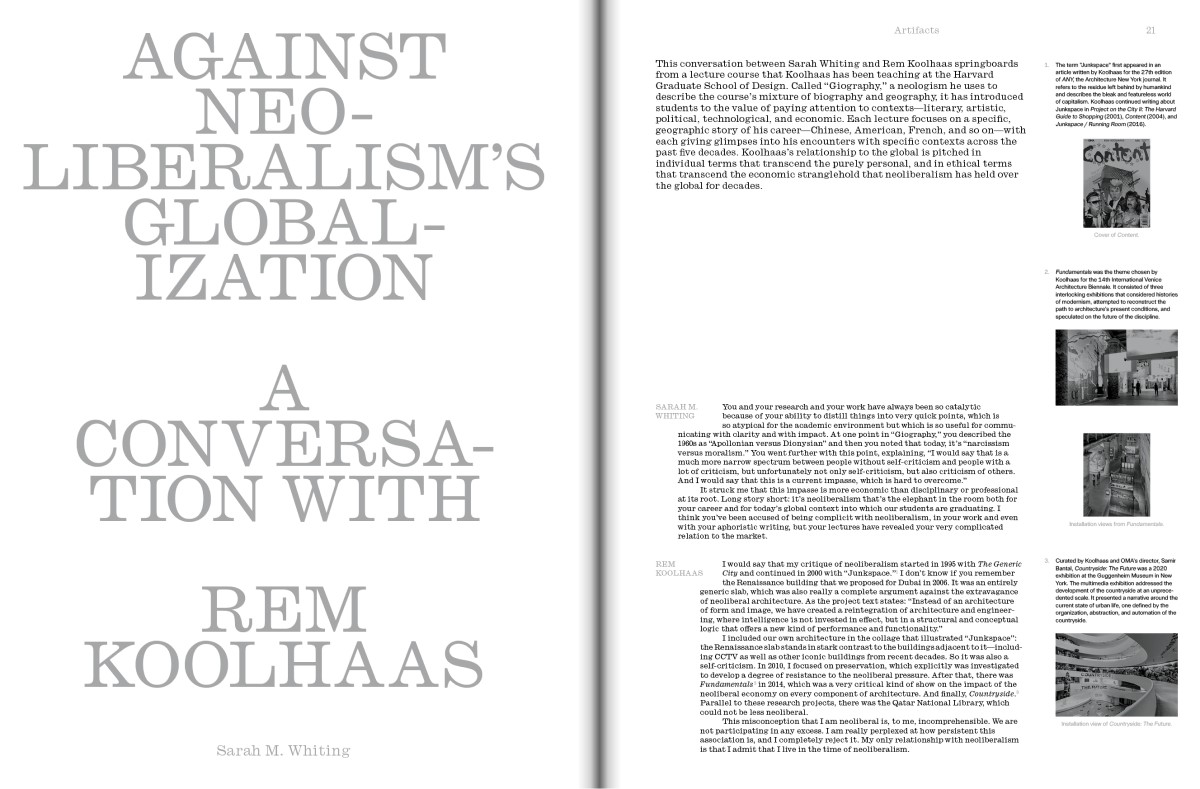 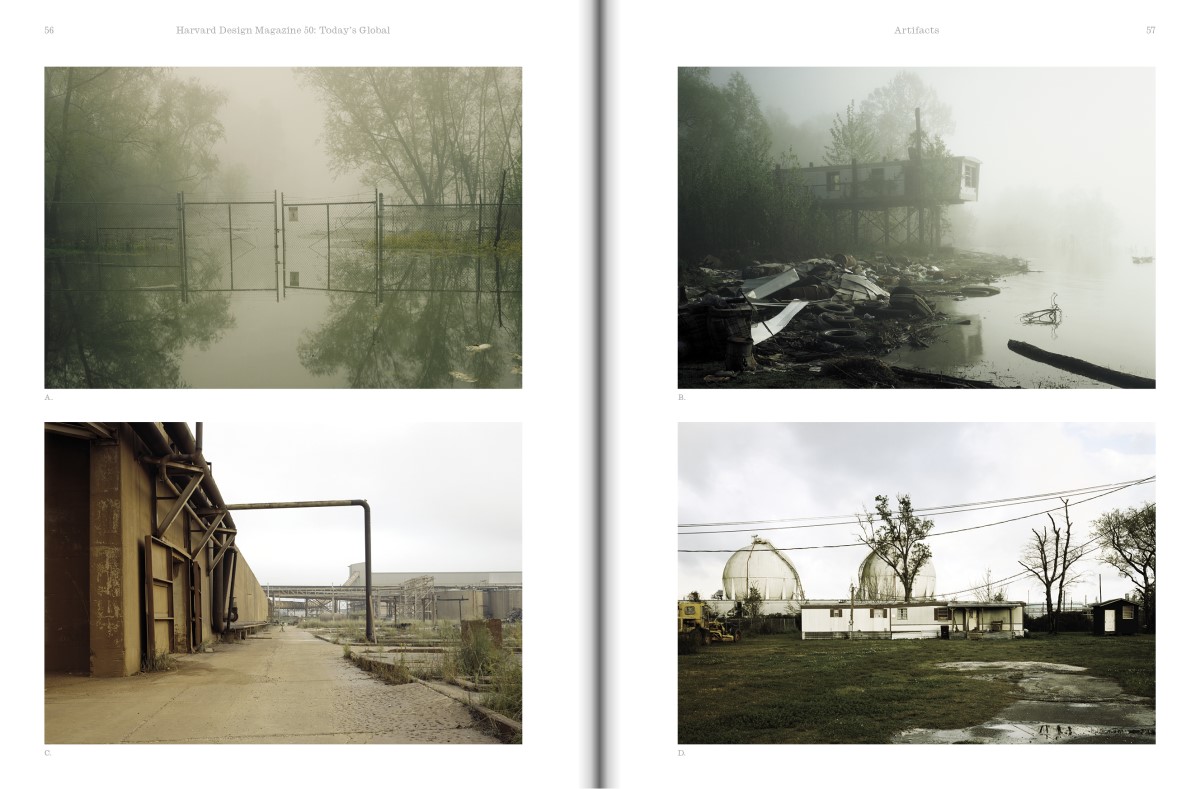 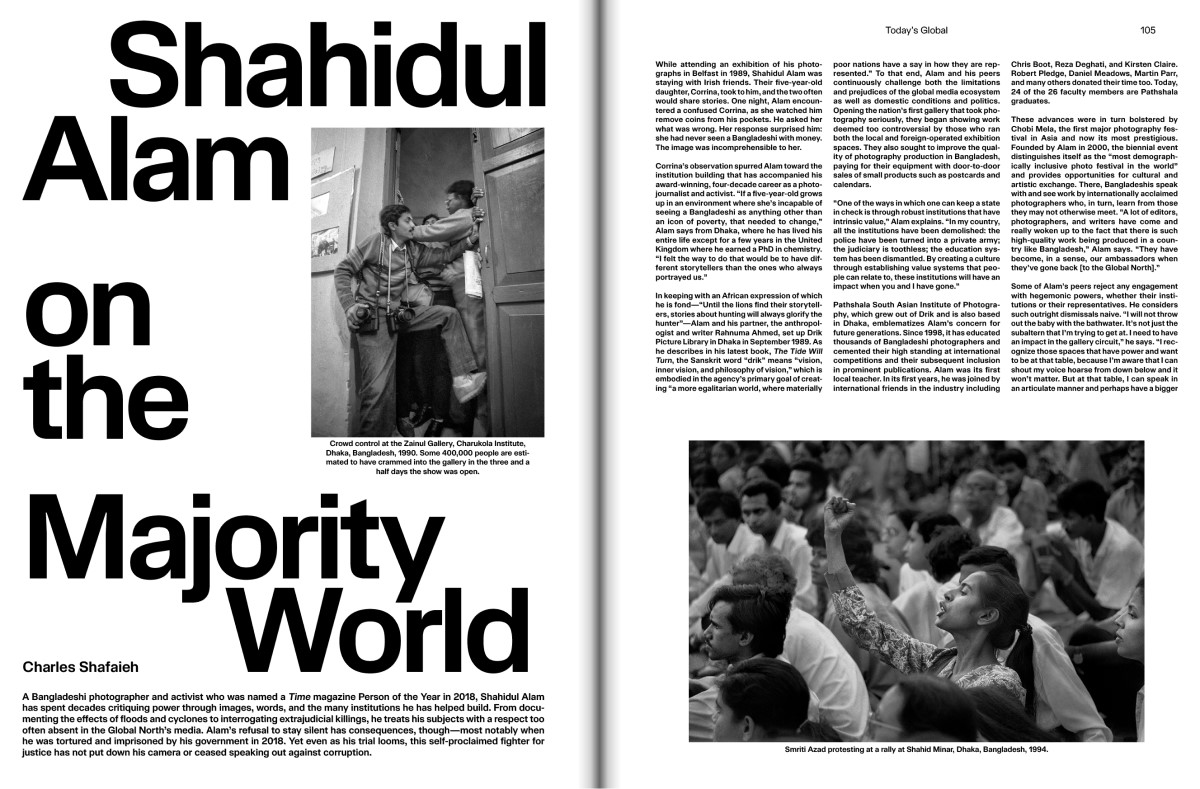 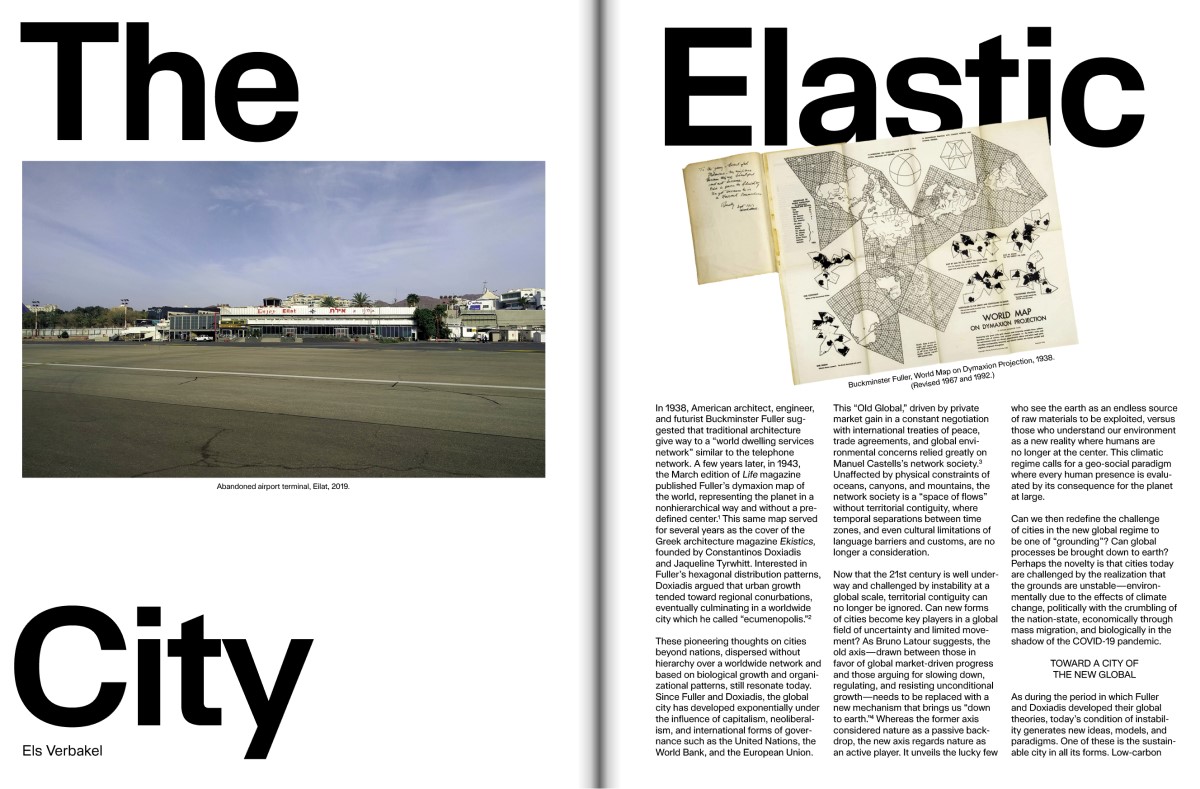 The hyperconnected world of the late 20th and early 21st centuries has revealed that effortless mobility, wealth, and access for some has been attained at the cost of immobility, inequity, and displacement for others. We have entered a phase of critical backlash against globalization, which is for some a critique of international integration, for others a critique of global capitalism, and for most, a shared global concern over climate crisis. The contradictions propel us to ask: What is today’s “global”?

Harvard Design Magazine’s 50th issue is edited by Sarah M. Whiting and Rahul Mehrotra. Its theme, “Today’s Global,” aims to avoid a simple and ineffective return to a mere celebration of the local or the regional. This is a moment instead to foster a nuanced understanding of where design “sits” vis-à-vis our planet and to advance a more productive discourse on globalization. The issue relies on novel examples of design—and even the design of writing—to further today’s global from multiple vantage points.

What, for example, are the new rubrics by which we organize, understand, and situate our agency as architects and planners in the world beyond imagining it in terms of binaries? How might we slow the current pace of consumption and production, set by capitalism’s ever accelerating metronome? What might define the global design imaginary in the throes of a planetary climate crisis? How might we instigate new forms of collaborations that transcend national boundaries, and new forms of knowledge production that transcend our current notions of interdisciplinarity? Could design foster a planetary civil society? How might designers situate or align themselves with these new formations of patronage? And what role might schools have in articulating and advancing a contemporary understanding of the global?