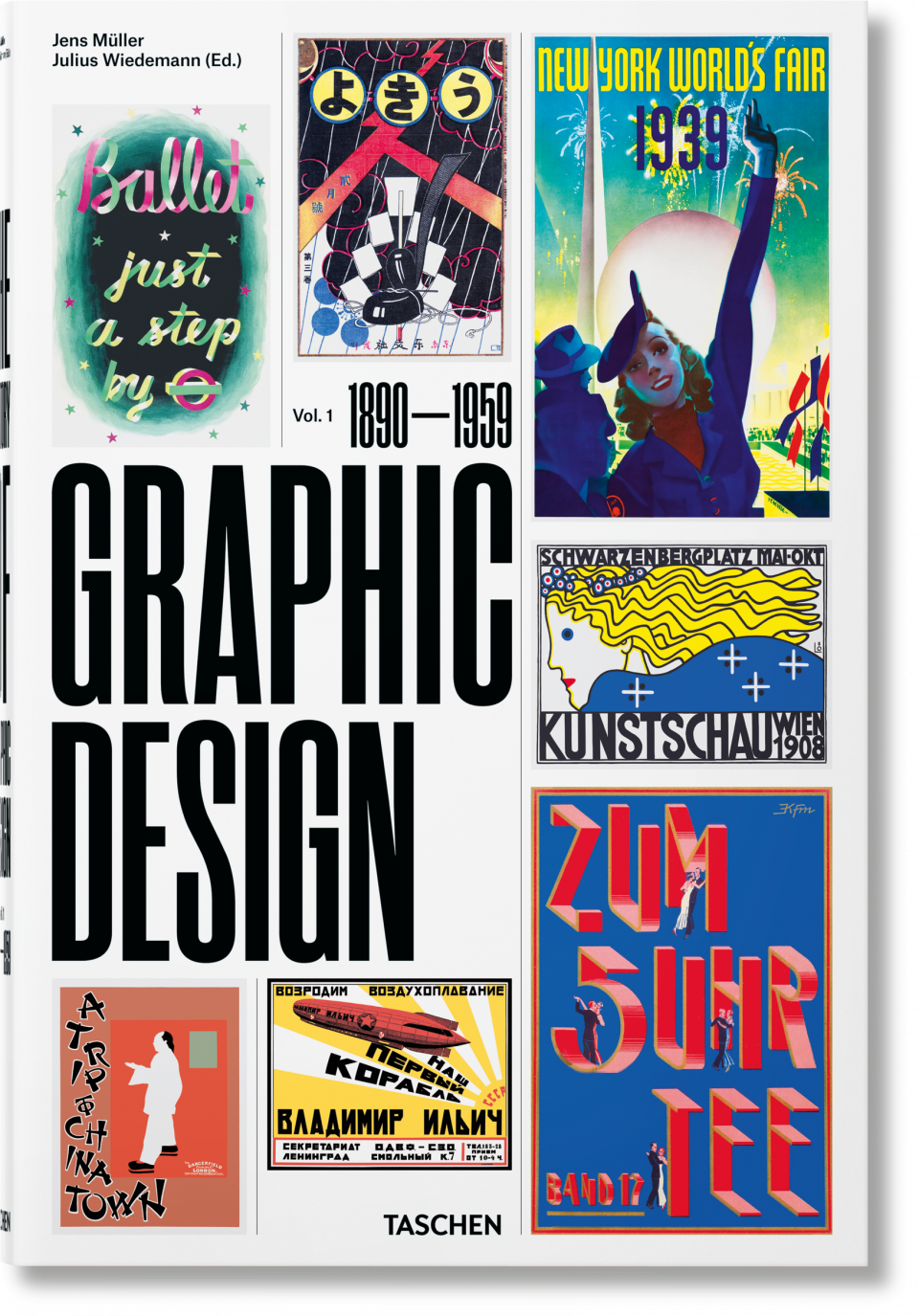 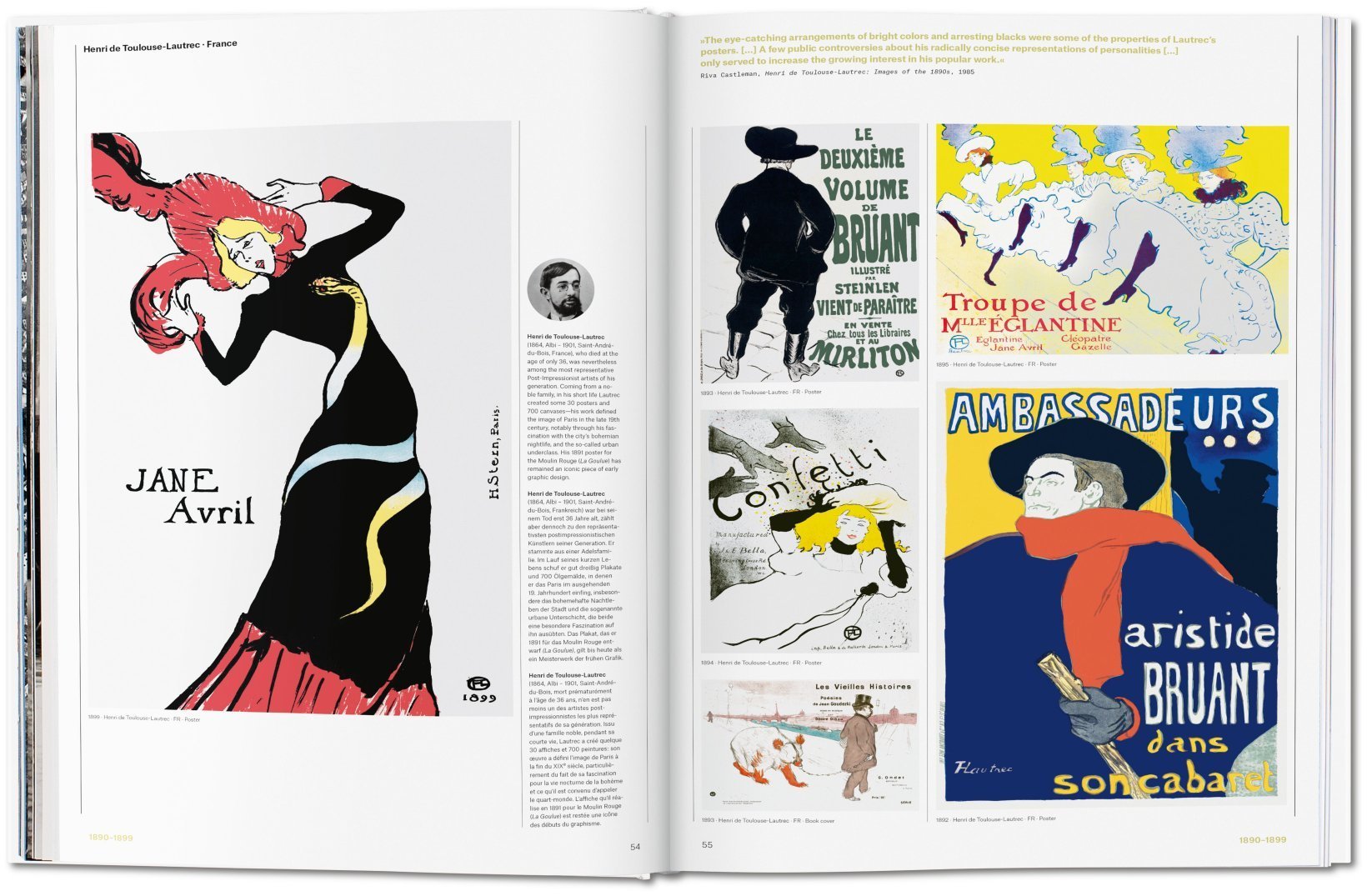 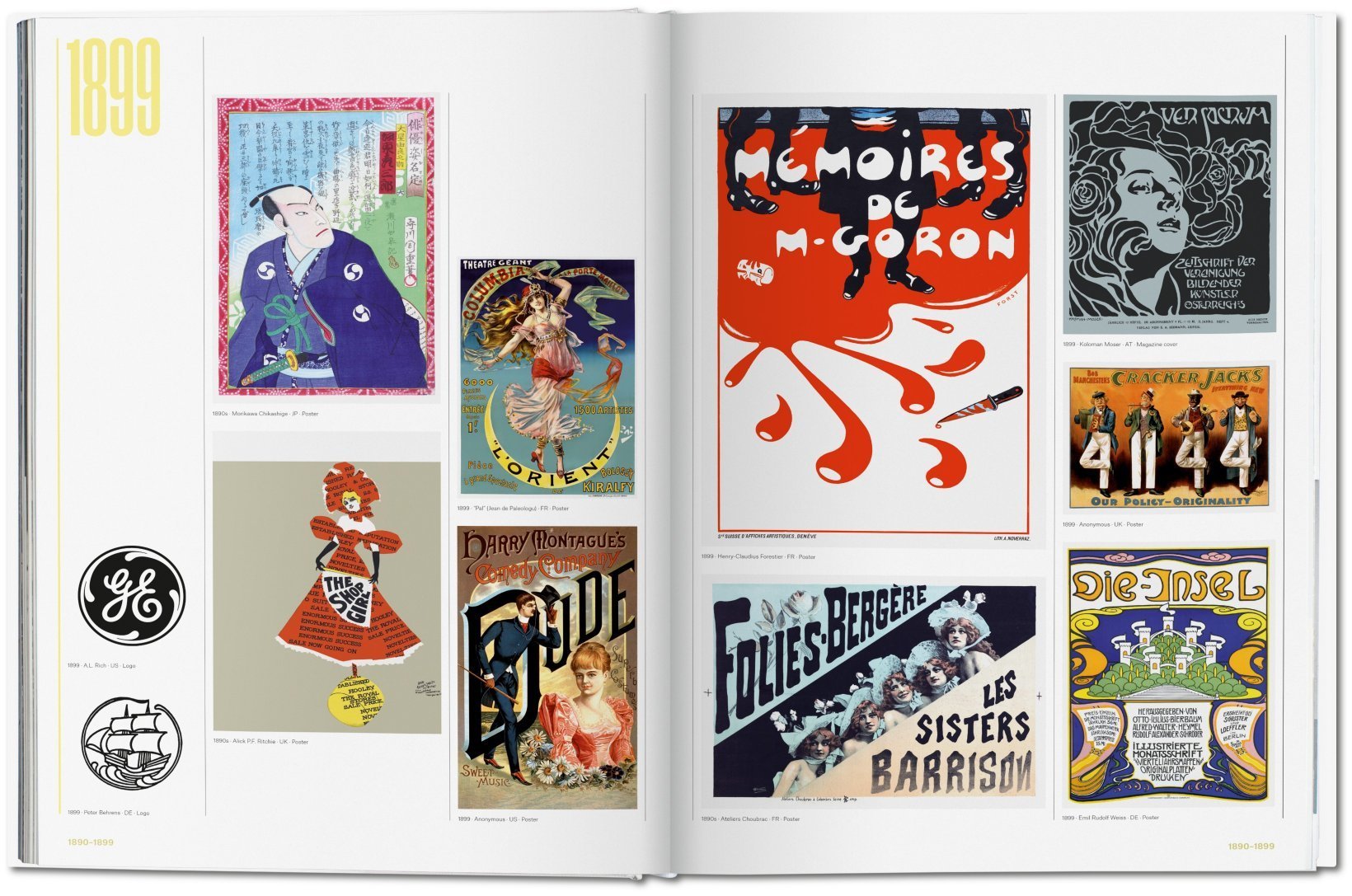 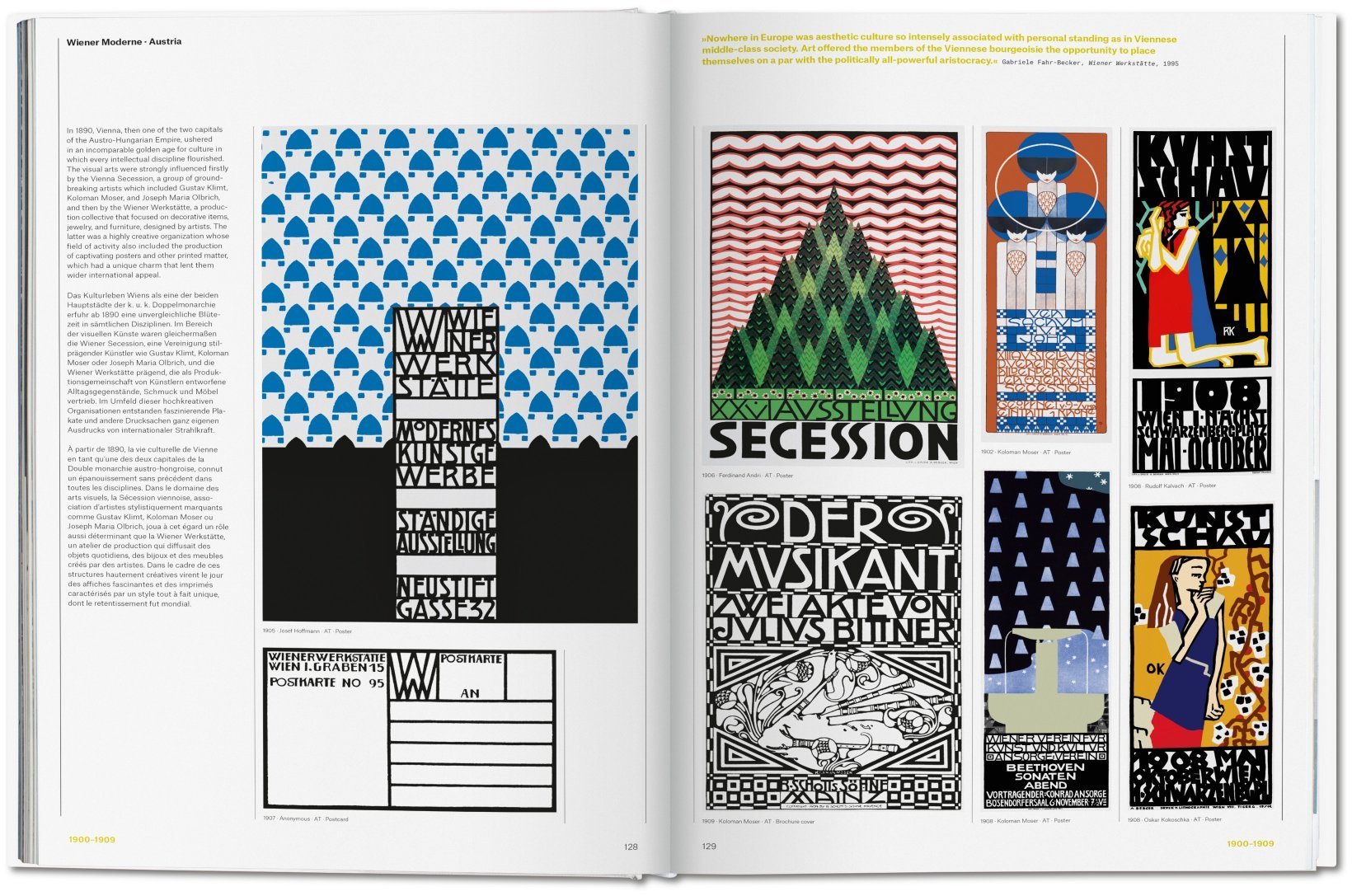 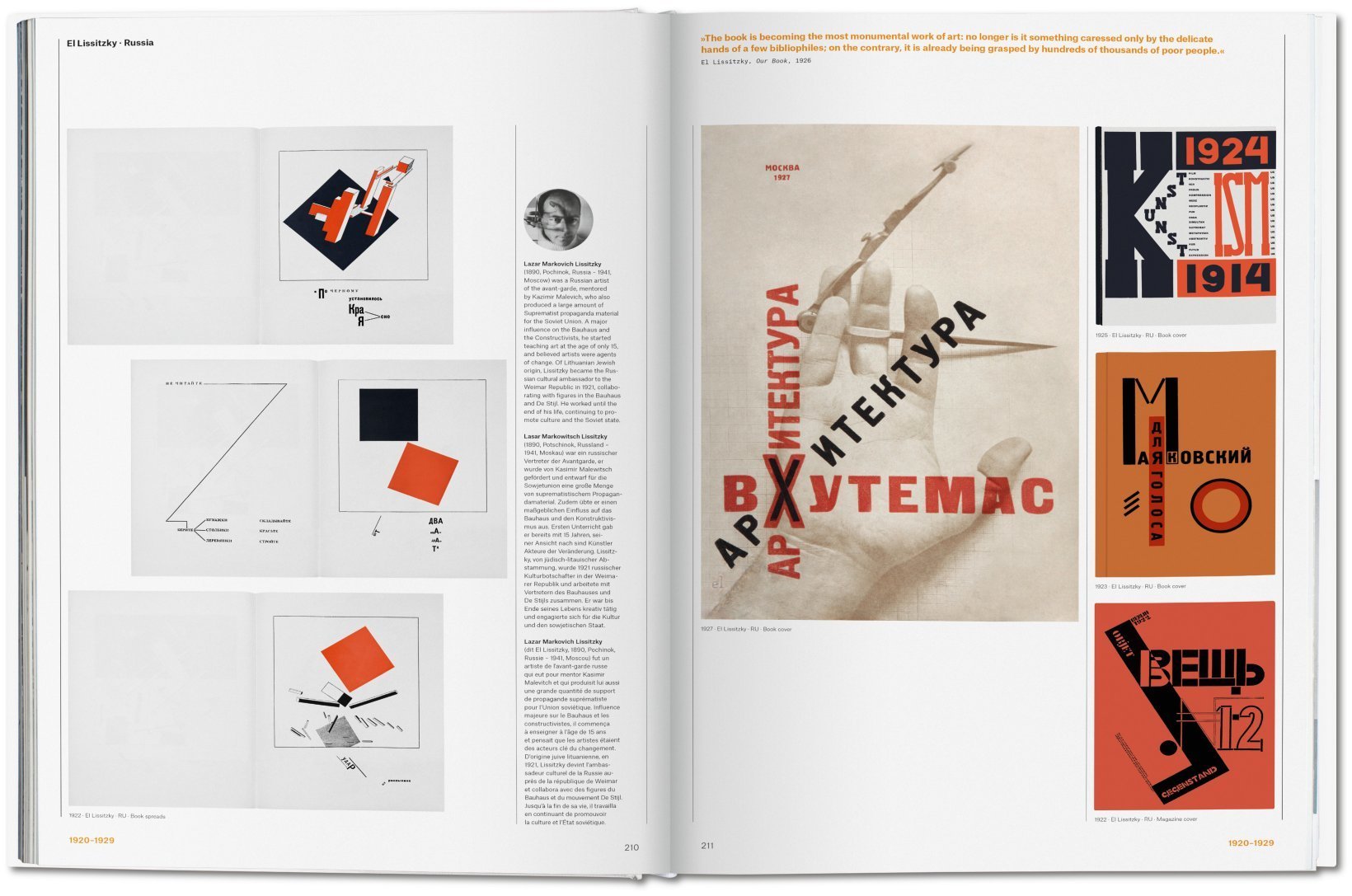 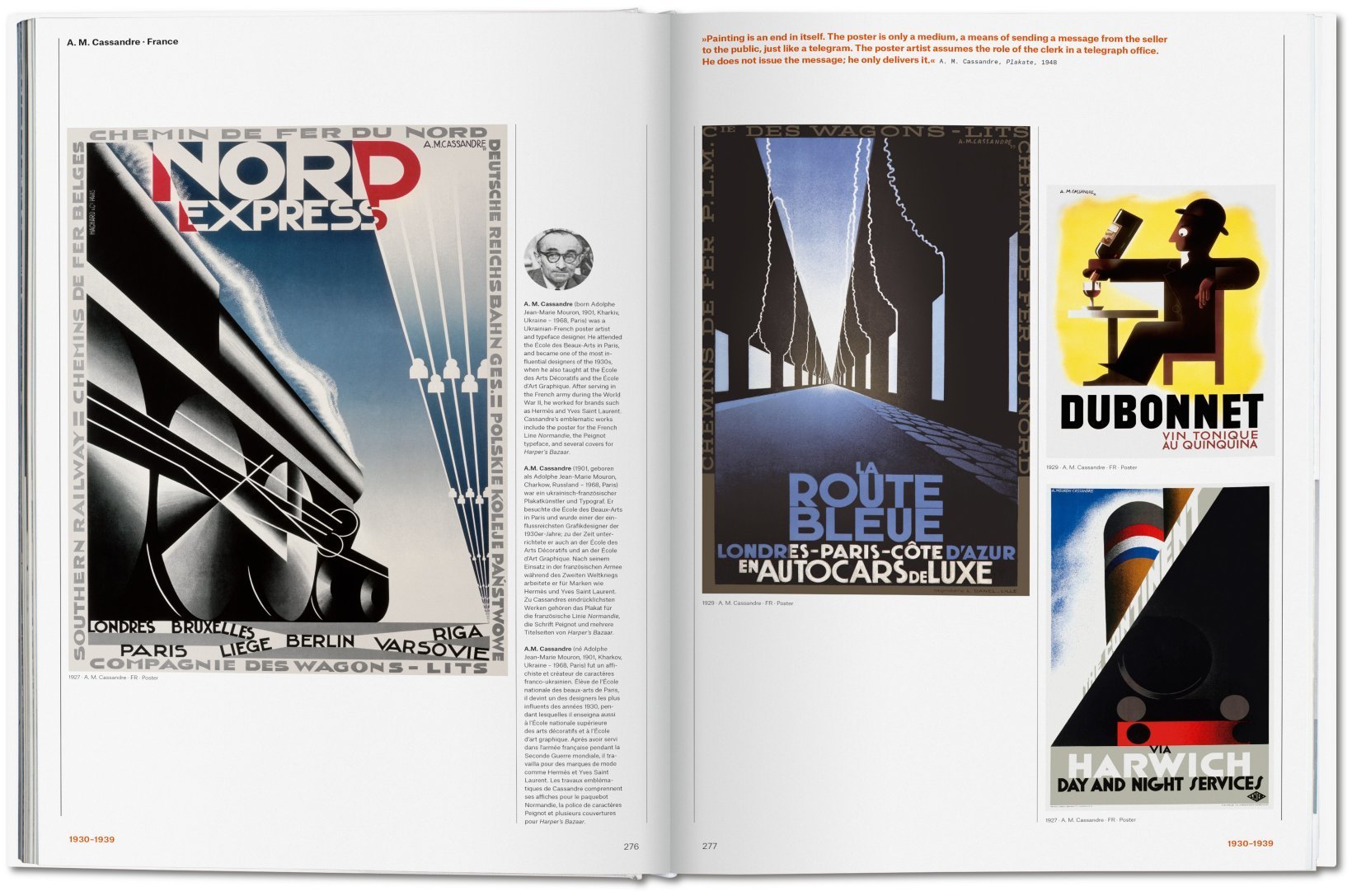 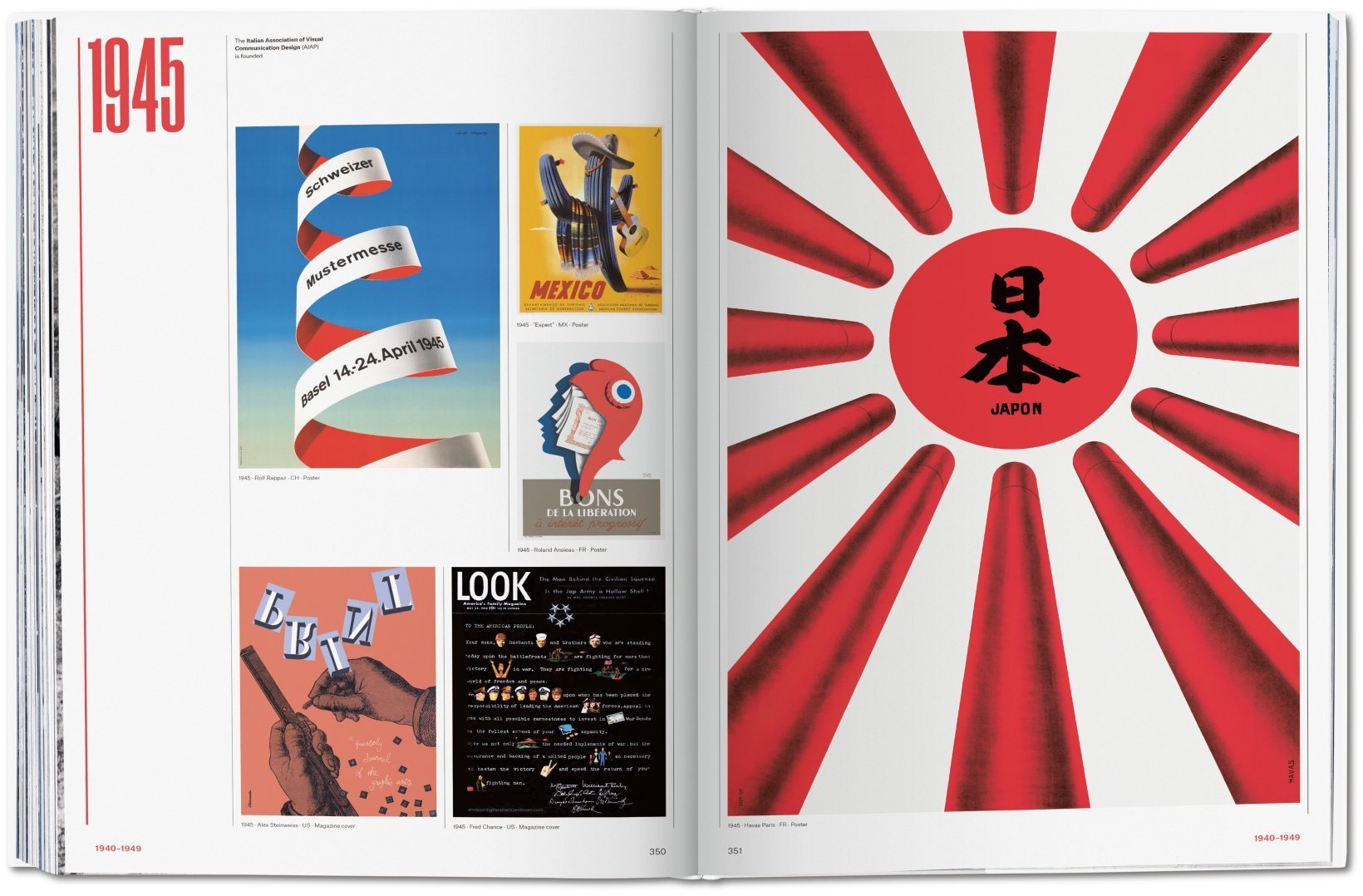 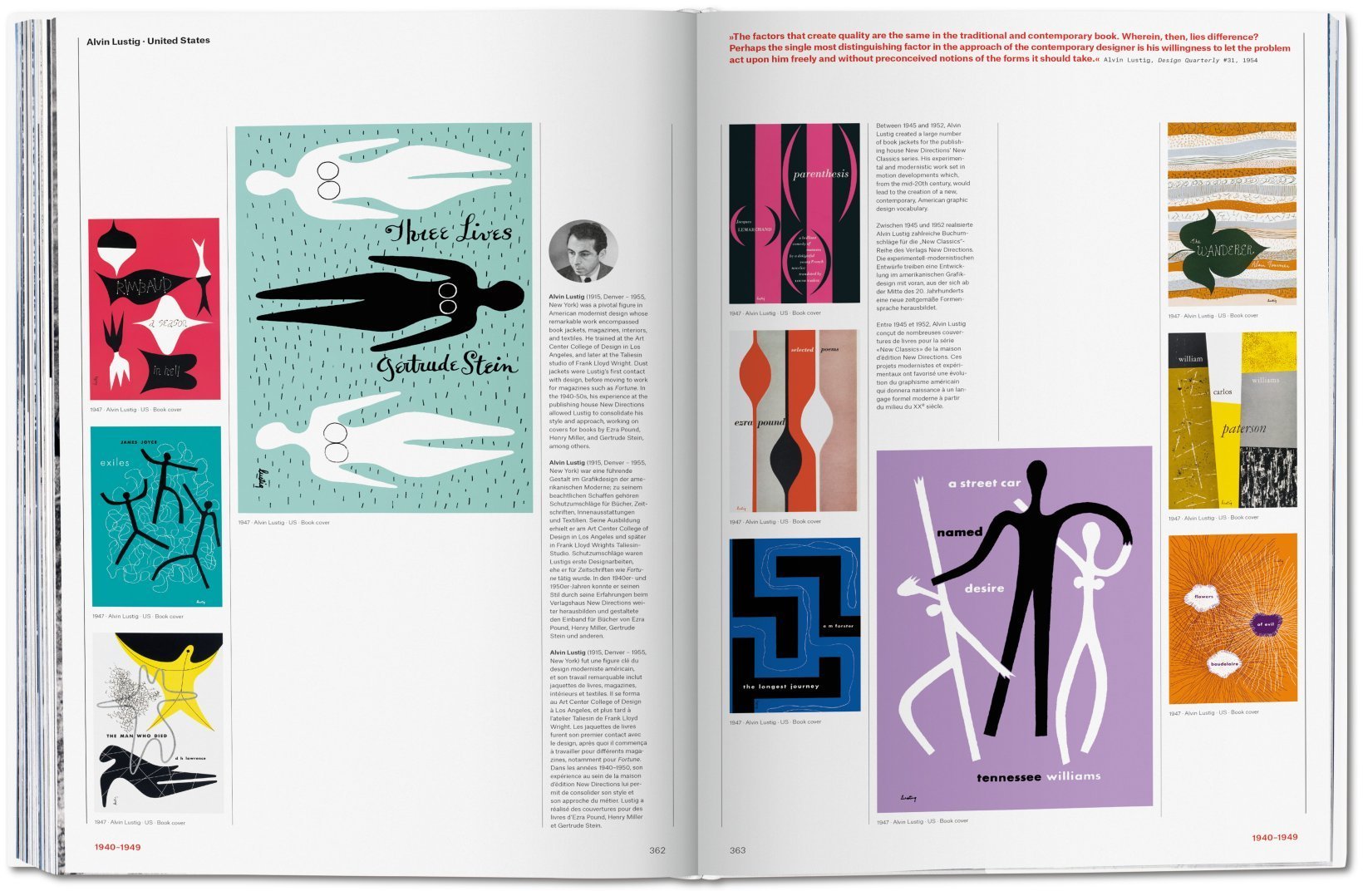 History is a complex business. Fortunes boom and bust, empires wax and wane, and change—whether social, political, or technological—has its winners, its losers, its advocates, and its enemies. Through all the turbulent passage of time, graphic design—with its vivid, neat synthesis of image and idea—has distilled the spirit of each age.

This book offers a comprehensive history of graphic design from the end of the 19th century to the remains of World War II. It traces the evolution of this creative field from its beginning as poster design to its further development into advertising, corporate identity, packaging, and editorial design. Organized chronologically, the volume features over 2,500 seminal designs from all over the world, 71 of which are profiled in detail besides 61 leaders in the field, including Alphonse Mucha (chocolate advertisements), Edward Johnston (London Underground logo and typeface), El Lissitzky (constructivist graphics), Herbert Matter (photomontage travel posters from Switzerland), Saul Bass (animated opening titles), and A. M. Cassandre (art deco posters).

With his sweeping knowledge of the field, author Jens Müller curates the standout designs for each year alongside a running sequence of design milestones. Meanwhile, in his introductory essay, David Jury situates graphic design from its point of origin in early printing, engraving, and lithography to striking creative developments in the 19th century. Each consecutive decade is then prefaced by a succinct overview as well as a stunning visual timeline, offering a vivid display of the variety of graphic production in each decade as well as the global landscape which it at once described and defined.

As we move on from and reflect upon the 20th century, this staggering collection represents the foundations of what would influence some of the fastest changing creative fields, and a long-overdue recognition of the enormous contribution graphic design has made to economics, politics, social causes, arts, media, and the way we see the world.

A second volume in preparation will cover the period from 1960 to today.