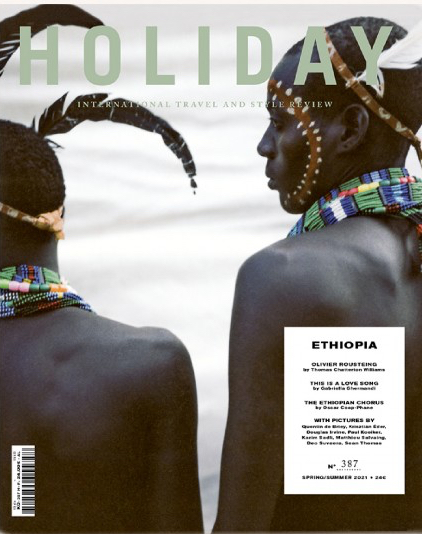 On the writing front, French novelist Oscar Coop-Phane goes on his first-very memorable-journey to the Horn of Africa; Ethiopian writer Gabriella Ghermandi writes about her return to a country she left when she was 14; Nicolas Zeisler digs up the story of Lucy’s discovery; Bridget Cleary investigates the links between Ethiopia and the Rastafaris; Jean-Christophe Collin tells us about the extraordinary Dibaba family; Mariam Senna Asfa Wossen, the granddaughter of Emperor Haile Selassie, walks us down memory lane; and American writer Thomas Chatterton Williams meets Olivier Rousteing for a deep conversation about race, origins and more.