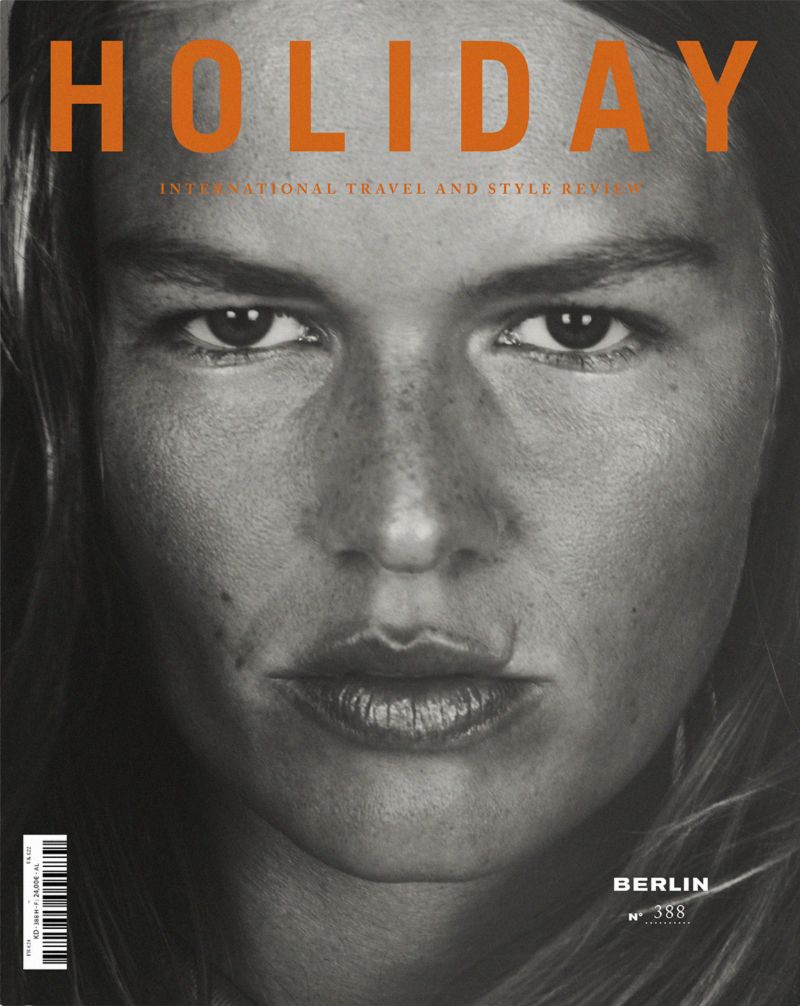 After a trip to Ethiopia in its last issue, Holiday magazine heads for Berlin. Photographers Valeria Herklotz, Paul Kooiker, Olivier Kervern, Tanya and Zhenya Posternak, and Krisztián Éder all draw their visions from the spirit and energy of the German capital, while Thue Nørgaard celebrates the wild grace of Anna Ewers, and Deo Suveera immortalizes the imagery of the city after-hours.

On the writing front, French novelist Aurélien Bellanger discovers Berlin in the footsteps of Walter Benjamin, Jérôme Soligny recalls the sojourn of David Bowie in its streets, Paul-Henry Bizon describes the final days of the Bauhaus, Alban Lefranc meets Rainer Werner Fassbinder nearly 40 years after his disappearance, Max Dax and Robert Defcon deliver a unique oral history of Berlin’s techno scene in the 1990s, and Blau International’s editor-in-chief Cornelius Tittel takes us through a perfect week in his stronghold.