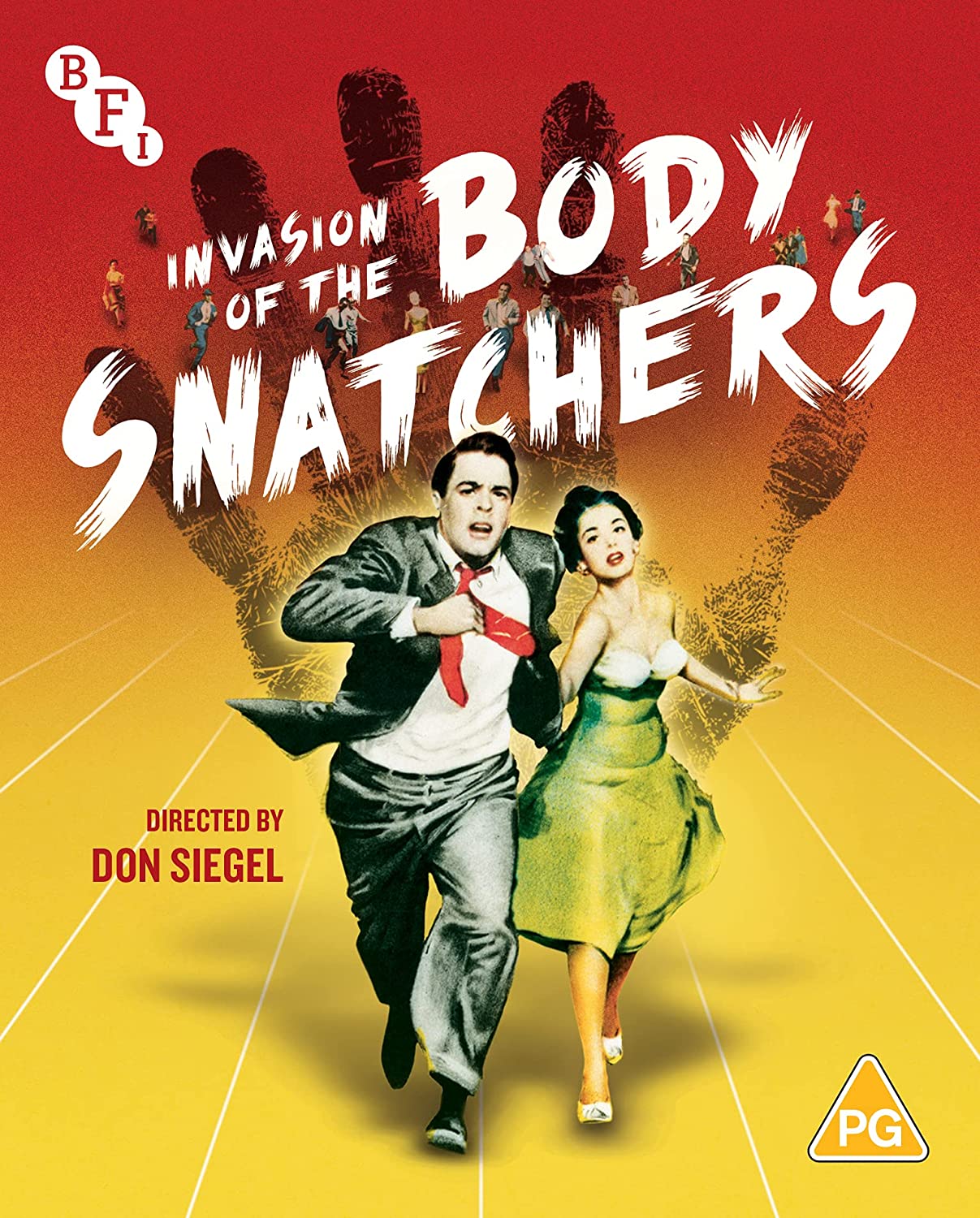 Invasion of the Body Snatchers (Blu-Ray)

When multiple residents of a Californian backwater begin to suffer from identical frenzied delusions, Dr Miles Bennell (Kevin McCarthy) suspects the town is in the grip of a new kind of epidemic. But his investigations soon reveal the terrifying truth, uncovering not a medical emergency but an extra-terrestrial invasion that threatens mankind’s very existence.

Directed by Don Siegel (Dirty Harry), this 1950s classic brings the fear of the unknown to the streets of America. A milestone of the science-fiction genre and a critique of post-war American society, Invasion of the Body Snatchers remains an enduring and suspenseful classic.

Presented on Blu-ray for the first time in the UK, experience the thrills and horrors of this highly influential movie like never before.

– Newly recorded audio commentary by filmmaker and film historian Jim Hemphill (2021)
–
50th anniversary commentary with stars Dana Wynter and Kevin McCarthy, and Gremlins director Joe Dante (2006)
–
John Player Lecture: Don Siegel (1973, 75 mins, audio only): Don Siegel looks over his career with Barry Norman
– Sleep No More: Invasion of the Body Snatchers Revisited (2006, 27 mins): a look at Body Snatchers’ production history. Includes clips from interviews with Kevin McCarthy, Dana Wynter, John Landis, Mick Garris (Sleepwalkers), and science fiction historian Bob Burns
– The Fear and the Fiction: The Body Snatchers Phenomenon (2006, 8 mins): considering the film’s themes and critical interpretations
– What’s In a Name? (2006, 2 mins): a short video piece about the title of Invasion of the Body Snatchers and some of the changes that were made to get it right
– Return to Santa Mira (2006, 13 mins): a look at the locations where key segments from Invasion of the Body Snatchers were shot
–
A selection of complementary archive films, with British propaganda short Doorstep to Communism (1948, 11 mins) and ground-breaking botanical cinematography in Magic Myxies(Mary Field , F Percy Smith, 1931, 11 mins) and Battle of the Plants (F Percy Smith, 1926, 11 mins)
– Original theatrical trailer
–
Trailers From Hell: Invasion of the Body Snatchers (2013, 3 mins): Body Snatchers fan Joe Dante celebrates the film
– Gallery
– **FIRST PRESSING ONLY** An illustrated 40 page booklet with new writing by Dr Deborah Allison, Charlie Bligh, and Katy McGahan, and an archive piece by J Hoberman