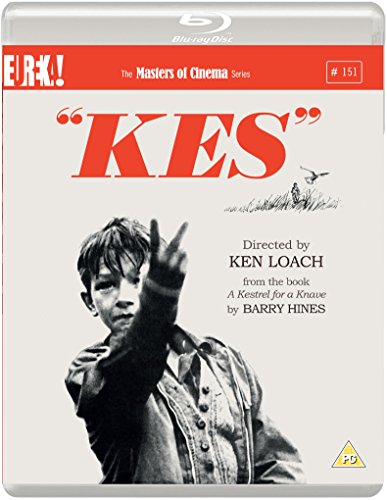 The best film ever made – Jarvis Cocker

One of the most beloved and iconic British films of all time (voted in the top 10 of all time by the British Film Institute), Ken Loach’s breakthrough cinematic feature Kes is a cornerstone of naturalistic filmmaking whose influence is felt up to the present day.

Portraying with remarkable detail and empathy the day-to-day existence of a working-class 15-year-old boy in Barnsley (an unforgettable performance by David Bradley), and the profound change that the rearing of a kestrel brings to his otherwise troubled home life, Kes has enchanted generations of viewers since its release.

A rich, gently poetic work, filled with Loach s trademark respect for his characters and astonishing skill at eliciting outstanding performances, The Masters of Cinema Series is proud to present the film in a definitive Blu-ray special edition.