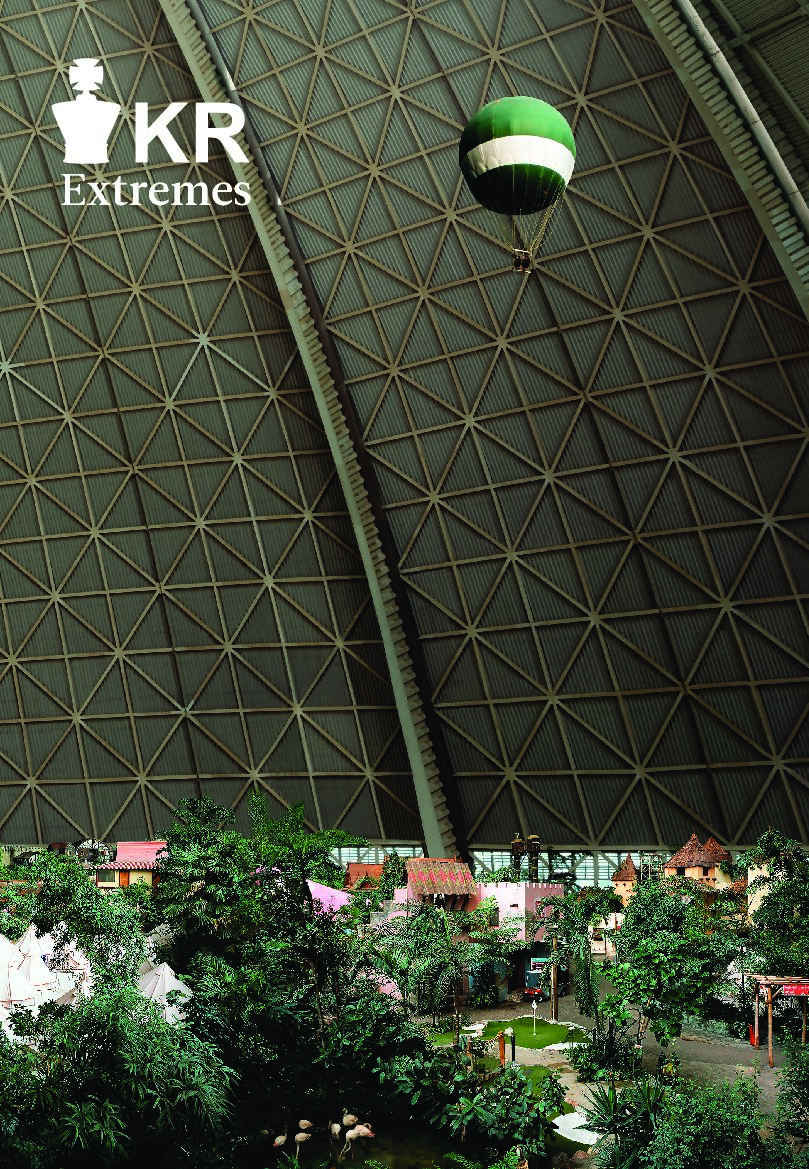 Think a little about the word ‘extreme’. Extreme is from extrēmus, the Latin term for the most outward thing. Extreme things are those that are farthest from us, the last in a sequence, the most excessive in degree — the polar regions, the letter ‘Z’, the best or the worst or the most superlatively superlative. In popular usage, ‘extreme’ can act the same as the diluted modifiers ‘very’ or ‘really’ — the judgment ‘extremely good’ doesn’t aim to conjure up the image of something at the limits of goodness, it just means a thing is better than the usual. But all the same, ‘limits’ are a good way of thinking about extremity. e extreme thing, that thing in the distance, brushes right up against the limits of possibility or of what is known — the edges of a location, or the limits of the imagination. Latin grammar, as with British, also allows for a more extreme, a most extreme — a doubling-up of the superlative form, the most far-flung of the farthest things. ink of extremity as the crossing of limits: extremity as an emphatic step beyond the known, and an excursion into new arenas of thought and feeling.

This is, of course, all very abstract. But in putting together our 2017 issue on the theme of ‘Extremes’, we have had cause to think long and hard about the various ways in which human beings, sometimes loudly and sometimes very quietly, come up against different kinds of limits. We turned over the term as many times and as many ways as we could, and tried to think ‘extremes’ to its own extremities. And yet, we were still pleasantly surprised by the focal points and forms of the submissions we received.

Helen of Troy’s impossible beauty is said to have launched a thousand ships, and it also launches this issue of the King’s Review; in Conrad Steel’s Helen of Troy, extremity is a single point, the perfected ideal of beauty sought by Hollywood directors and plastic surgeons alike. Extreme forms of embodiment also feature in the two essays that follow, from the me-that-is-not-me in Siobhan Leddy’s Leaky Bodies, to the inside-out stench of the human body in Adam Bobbette’s How do you measure what is in front of you.

Mohamed A. El-Gendy’s Beyond an ‘Extremist’ Iran confronts political extremism, in an attempt to think with nuance about the politics of violence. In turn, our interview with n+1 founding editor and academic Mark Greif raises questions of the aesthetics of violence, as well as extreme pornography. It becomes clearer across the issue that ‘extremity’ can refer to an excess or overabundance of something, but also a lack — of restraint, of order, of borders. Sam Strong’s essay Re- Placing Poverty presents us with a lack in its extreme form, by focusing on Blaenau Gwent, the most deprived county in Britain.

Roseanna Webster’s experiences in a Spanish occupation inform her essay La Revo. Hers is a reflection on how to keep political dialogue open and inclusive, even when the goal might be exclusion (in this case, the occupation does not permit men). Cordula Daus’s Dora, or a case for intensity — in an original translation for the King’s Review by Polly Dickson — is a lyrical piece that also thinks through the possibilities of language; a writer and a translator fall in and out of love, and in and out of extreme states of non-communication. Giulia Torino’s interview with the the sociologist Saskia Sassen takes up a discussion of ‘extreme territories’ — places whose inhabitants have been rendered irrelevant or invisible by neoliberal land-grabs and profiteering. And Helen Charman’s Parental Elegy focuses on the extreme ends of poetic language and representation, asking how we can find words to express a loss when it is a child that has died — when we experience ‘endings that cannot be traced to a definite beginning’.

Sophie Roborgh, in On the Syrian Border, takes us to a geographical limit, the Syrian-Turkish border, and she explores the extremity of daily life amidst warfare, terror, and conflict. Finally, Alice Blackhurst’s Eating Feelings focuses on self-willed states of extreme deprivation — wellness diets and the discourse of ‘clean’ eating, but also diets as protest, and eating disorders. As the piece makes clear, the culture of clean eating acts only as a temporary denial of the fact that to live is to eat, and to eat is to take something from the world outside us and to make it our own.

We’ve also made room for poetry in this issue, and we’re delighted to be able to print a selection from Richard Berengarten’s ‘Volta’ project — the translation of a single poem into over ninety languages, which confronts the reader with the extreme natures of both translation and of language itself. e issue also features poetry by David Adams, who is currently serving time in a British prison; an active participant of the ‘Learning Together’ partnership between the University of Cambridge and HMP Grendon, Adams takes up his pen to describe life inside.

It is a cliché of upfront editorials to turn a magazine’s theme back upon itself — and what could be more clichéd than suggesting that the process of editing this thing has itself been an extreme one? ere are always ups and downs involved in this kind of project, and the combination of all work and no pay is enough to test, on occasion, anyone’s patience (and temper). And yet, following on from the success of our last issue (which won a Stack Award for ‘best student magazine’) we have once more been steered, by our editor-in-chief Johannes Lenhard, towards the publication of another well-rounded print issue. Welcome, from the editors, to the ‘Extremes’ issue.