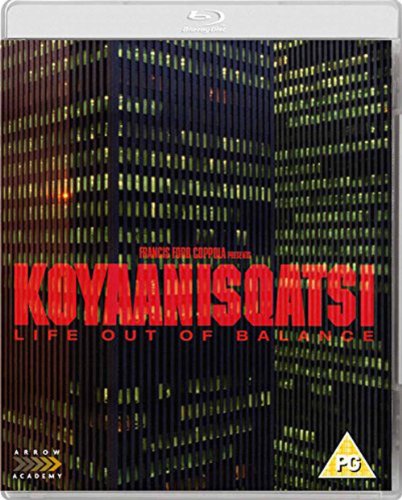 Director: Godfrey Reggio
Blu-Ray, 1981
249 SEK
Out of stock
E-mail when item is available for order

ko yaa nis qatsi (from the Hopi language) n., 1. crazy life 2. life in turmoil 3. life out of balance 4. life disintegrating 5. a state of life that calls for another way of living

Told without dialogue, narration, cast or characters, Koyaanisqatsi is a dizzying, hypnotic example of cinema set to an extraordinary score by Philip Glass. It contrasts natural beauty with a population ever more dependent on modern technology.

Shot on a low budget in New York City and the American South West, the film found support from Francis Ford Coppola where it found a larger audience and has gone on to become a cult classic.