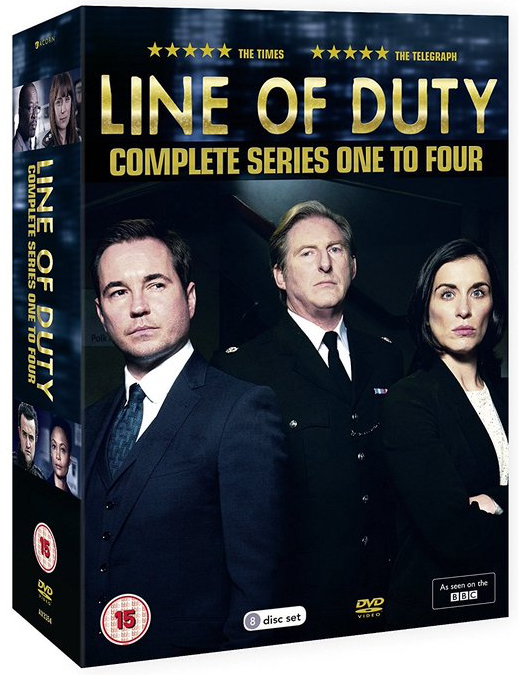 Line Of Duty – The Complete Series 1-4

All the episodes from the first four series of the British crime drama starring Martin Compston and Vicky McClure.

In the second series, an ambush of a police convoy sparks alarm when three officers are killed and a witness in protective custody is seriously injured. With only one survivor, Detective Inspector Lindsay Denton (Keeley Hawes), department AC-12 is brought in to solve the case.

In the third series, Sergeant Danny Waldron (Daniel Mays) and his team are assigned the case of a suspected gang member who has been arrested on suspicion of plotting a gangland murder. When Waldron shoots the suspect in cold blood and stages the scene to look like self-defence, DI Denton brings in Waldron for questioning.

In the fourth series, AC-12 Superintendent Hastings (Adrian Dunbar) places DS Fleming undercover to investigate a possible miscarriage of justice in a murder investigation. Head of the case DCI Roz Huntley (Thandie Newton) thinks she’s finally found her suspect after months of searching for a serial killer, however, those at AC-12 are led to believe she may be concealing valuable evidence. As new revelations begin to emerge, will they be able to identify the real perpetrator?