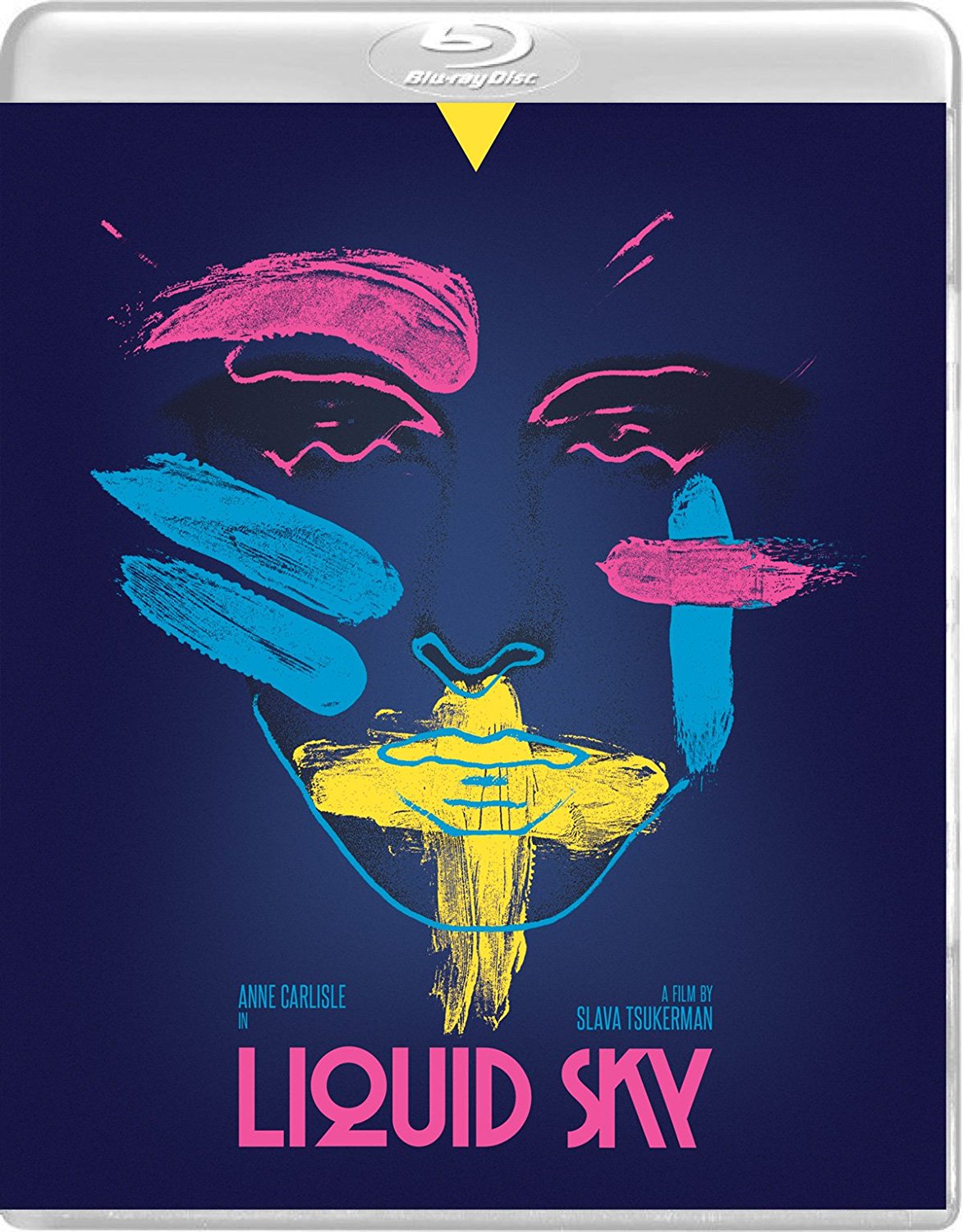 Margaret (Anne Carlisle) is a fashion model with dreams of stardom, whose alter ego and rival, Jimmy (also Carlisle), abuses and takes advantage of her to satisfy his rampant drug addiction. Unknown to them, tiny, invisible aliens have landed on the roof above the bohemian squalor in which they live and begin killing anyone Margaret has sex with to feed on their pleasure giving neurotransmitters. All the while, a German scientist attempts to capture and study them.

Hailed by Time Magazine as ‘a two hour act of imagination,’ Slava Tsukerman’s Liquid Sky is an underground masterpiece of avant-garde science fiction filmmaking. Set against the visual majesty of New York’s early 80s New Wave scene, and filled with arresting cinematography by Yuri Neyman, along with an acclaimed original soundtrack, Vinegar Syndrome proudly brings this quintessential midnight movie to Blu-ray (for the first time!), newly restored in 4k from its original 35mm camera negative.