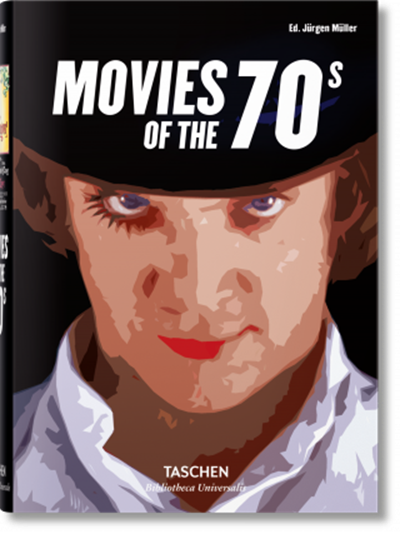 Movies of the 70s

The Birth of the Blockbuster How the prodigies of the 1970s revolutionized cinema The 1970s: that magical era betwixt the swinging 60s and the decadent 80s, the epoch of leisure suits and Afros, the age of disco music and platform shoes. As war raged on in Vietnam and the cold war continued to escalate, Hollywood began to heat up, recovering from its commercial crisis with box-office successes such as Star Wars, Jaws, The Exorcist, and The Godfather.

Thanks to directors like Spielberg and Lucas, American cinema gave birth to a new phenomenon: the blockbuster. Meanwhile, across the Atlantic, while the Nouvelle Vague died out in France, its influence extended to Germany, where the New German Cinema of Fassbinder, Wenders, and Herzog had its heyday. The sexual revolution made its way to the silver screen (cautiously in the US, more freely in Europe) most notably in Bertolucci’s steamy, scandalous Last Tango in Paris. Amidst all this came a wave of nostalgic films (The Sting, American Graffiti) and Vietnam pictures (Apocalypse Now, The Deer Hunter), the rise of the anti-hero (Robert De Niro, Al Pacino, Dustin Hoffman), and the prestigious short-lived genre, blaxploitation.

About the series: Bibliotheca Universalis– Compact cultural companions celebrating the eclectic TASCHEN universe at an unbeatable, democratic price!Since we started our work as cultural archaeologists in 1980, the name TASCHEN has become synonymous with accessible, open-minded publishing. Bibliotheca Universalis brings together nearly 100 of our all-time favorite titles in a neat new format so you can curate your own affordable library of art, anthropology, and aphrodisia.Bookworm’s delight — never bore, always excite!