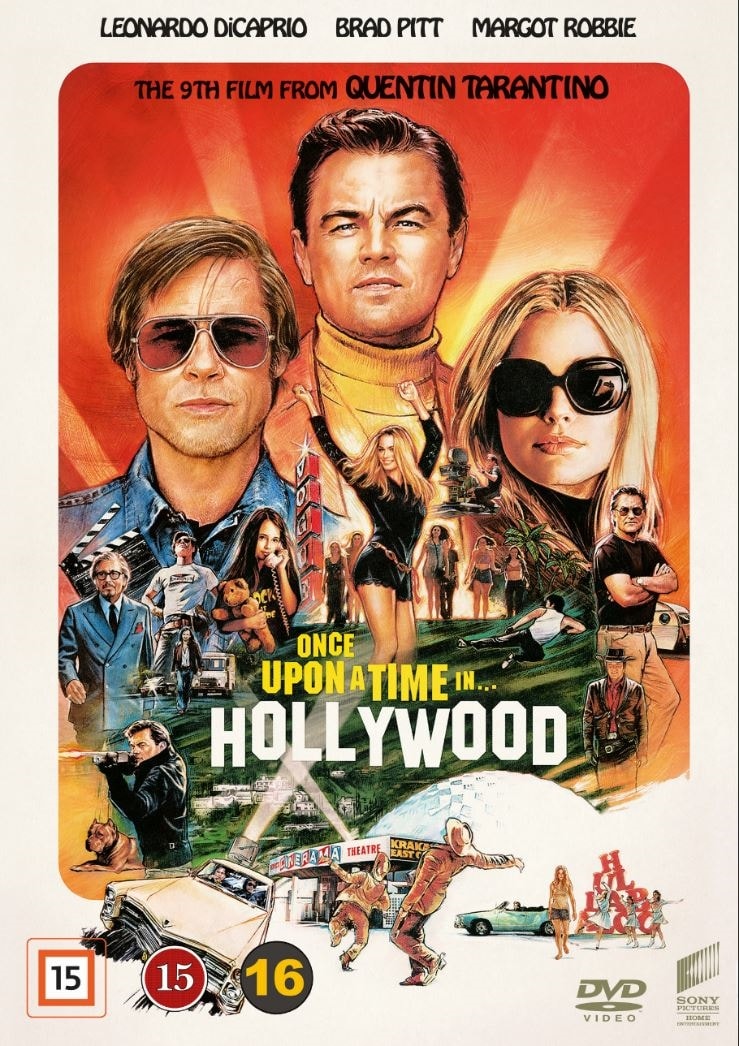 Once Upon a Time in Hollywood

Quentin Tarantino’s ninth feature arrives, basking in Cannes success. This kaleidoscopic tale of the Hollywood backlot is richly expansive, able to capture the forces rubbing against each other in 1969, from movie moguls, to hippie burnouts to timeless stars like Steve McQueen (Damian Lewis) and Bruce Lee (Mike Moh).

Our guides through this world are Rick Dalton (Leonardo DiCaprio) – an action hero whose star is slowly falling – and his affable stunt double Cliff Booth (Brad Pitt). As Rick battles to stay relevant – from B pictures to spaghetti Westerns – they pass through Hollywood’s digestive system, but will they be chewed up and spat out?

As you might expect from someone as entranced by cinema history as Quentin Tarantino, this is a love letter to filmmaking, alive with swoon-worthy period detail. Tarantino has never struggled to create perfect scenes, but his real craft here is in allowing worlds to collide, as the Manson family infect the Hollywood elite.

With a cast to die for (Al Pacino, Margot Robbie, Kurt Russell and Dakota Fanning to name the smallest sample), Tarantino gives us an outrageous tale worthy of his finest.

Special features:
• MORE SIGHTS AND SOUNDS OF THE ’60s WITH 7 ADDITIONAL SCENES!