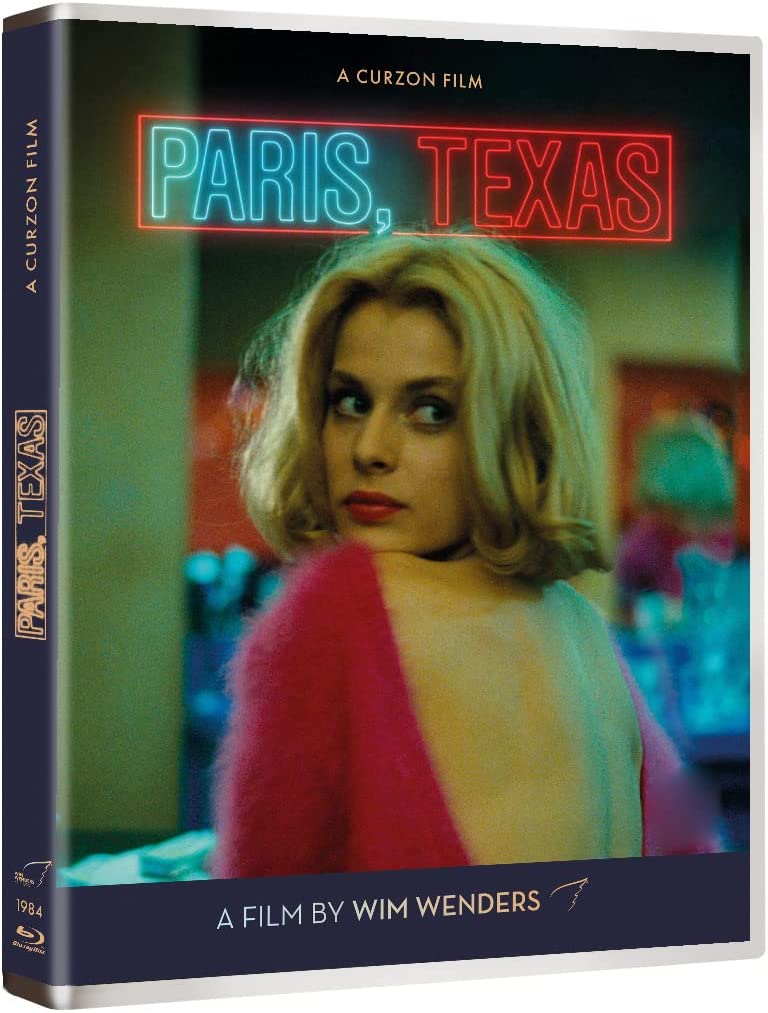 Both a road movie and a mystery, and featuring a sublime score by Ry Cooder, Wim Wenders’ Cannes winner is the pinnacle of the filmmaker’s career.

Harry Dean Stanton plays Travis Henderson, who walks out of the desert after disappearing for four years. He is picked up by his brother Walt (Dean Stockwell), who with his wife Anne (Aurore ClÃ©ment) have been looking after Travis’ son Hunter (Hunter Carson). A man ill at ease in everyday life, Travis feels the need to search for his ex, Jane (Nastassja Kinski), who left him some years before. In doing so, he attempts to bring his family back together, with unexpected results.

Paris, Texas is the summation of Wenders’ fascination with the American West – its landscape and the people who populate it. Stanton’s grizzled face says more than any words could convey, his silence accentuating his feelings of dislocation from the modern world. Instead, Ry Cooder’s music, heavily influenced by Blind Willie Johnson’s blues standard ‘Dark Was the Night, Cold Was the Ground’, along with Robby MÃ¼ller’s stunning cinematography, transpose Travis’ emotional and physical journey upon the vast sights and sounds of the American landscape. The script, co-written by L.M. Kit Carson and acclaimed playwright Sam Shepard, plays with the notion of myth, country and character – a place always out of reach or a relationship consigned to the past. It’s a potent idea that Wenders’ film brilliantly embraces.