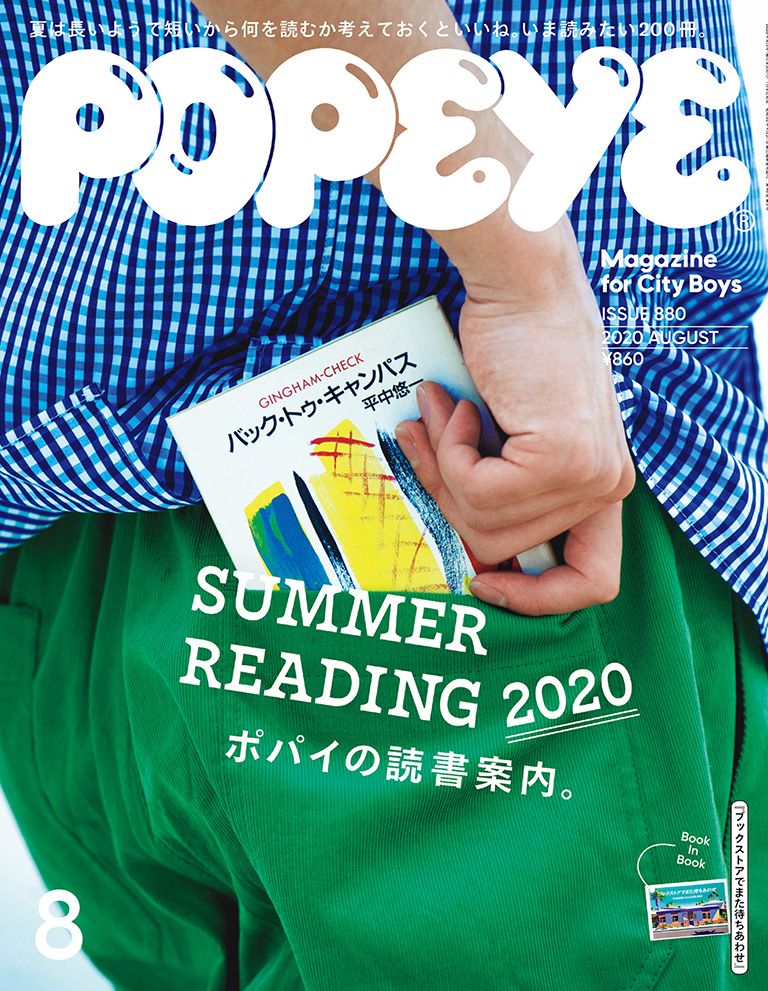 POPEYE magazine is the “Magazine for City Boys”. The founders printed this on the cover of the magazine when it debuted in 1976. What’s a “city boy”? The term doesn’t appear in the dictionary and no expert panel could define it. So we felt we should explore every aspect of what this “city boy” might be. After decades of debate, it still makes for a topic of lively discussion. It can be a style or a way of thinking. To get an idea of what makes a city boy, read POPEYE magazine.

In this issue:
“Summer reading” is a custom which literally means to read books in the summer. It’s common in the states, and people there including some renown figures, such as Bill Gates and the former president Obama, share their own list of books before going on vacation.
In Japan, on the other hand, when we were in school we were assigned a particular book by the school to read and write reports on for a writing competition every summer, which was just so depressing.
Based on this unpleasant experience, I’ve come up with this question: should we be forced to be read books? Life is short, and there are so many choices to make on your own. We don’t want to read books that are designated by someone else. We, instead, should choose what we read, books that are so fascinating, some have a profound effect on us and we cannot stop thinking about them, ending up with reading them again and again.
In this edition we explore the world of reading with you. First, why don’t you check out the reading lists by the editorial staff?