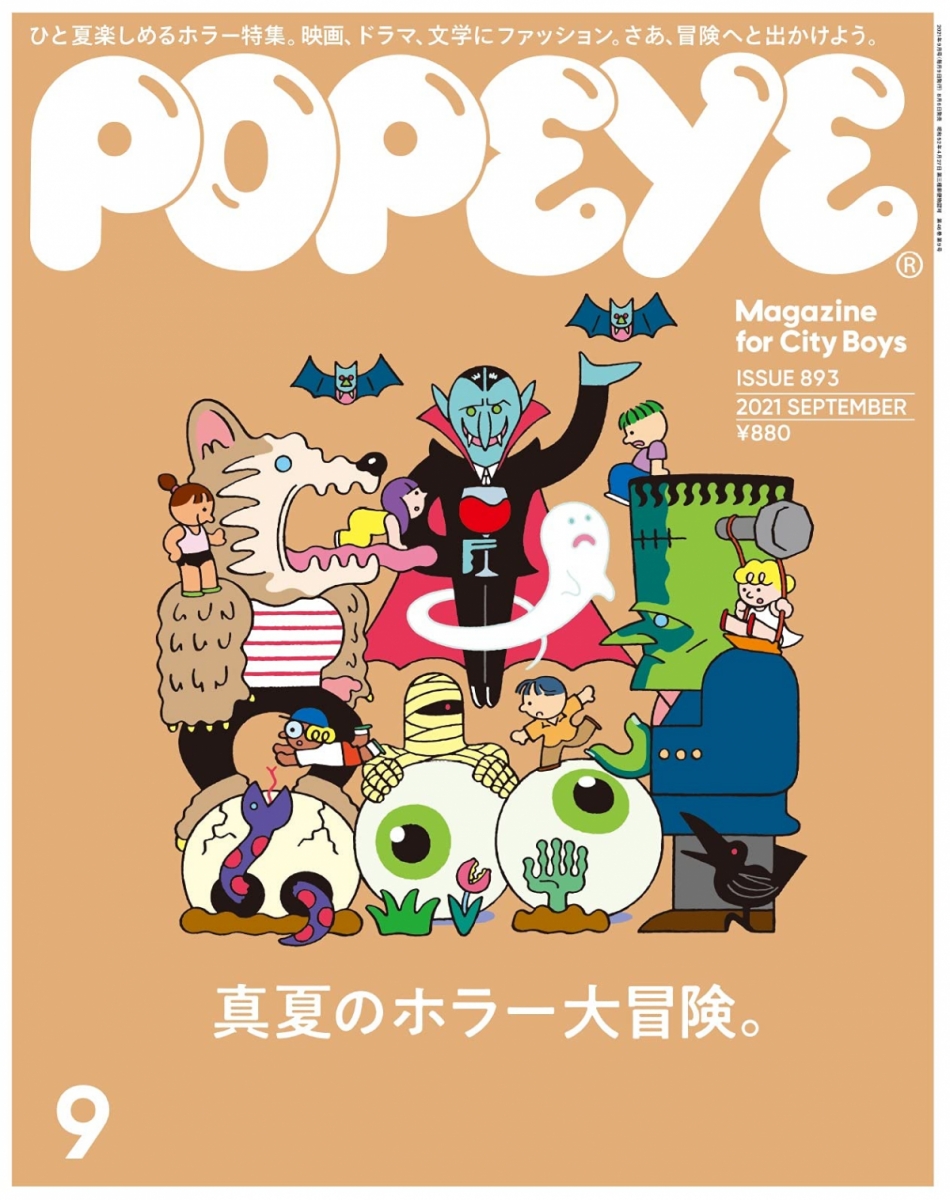 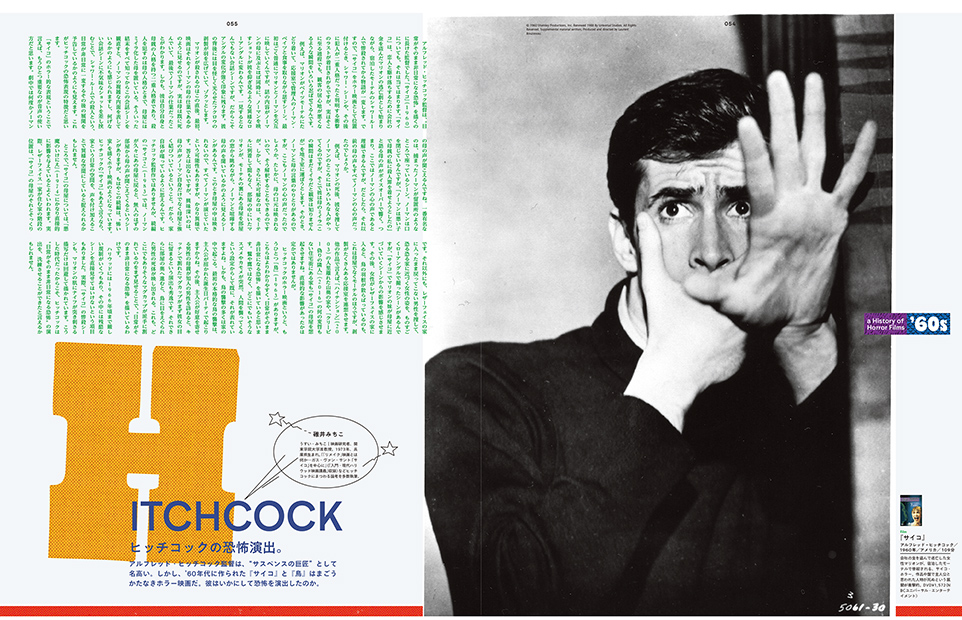 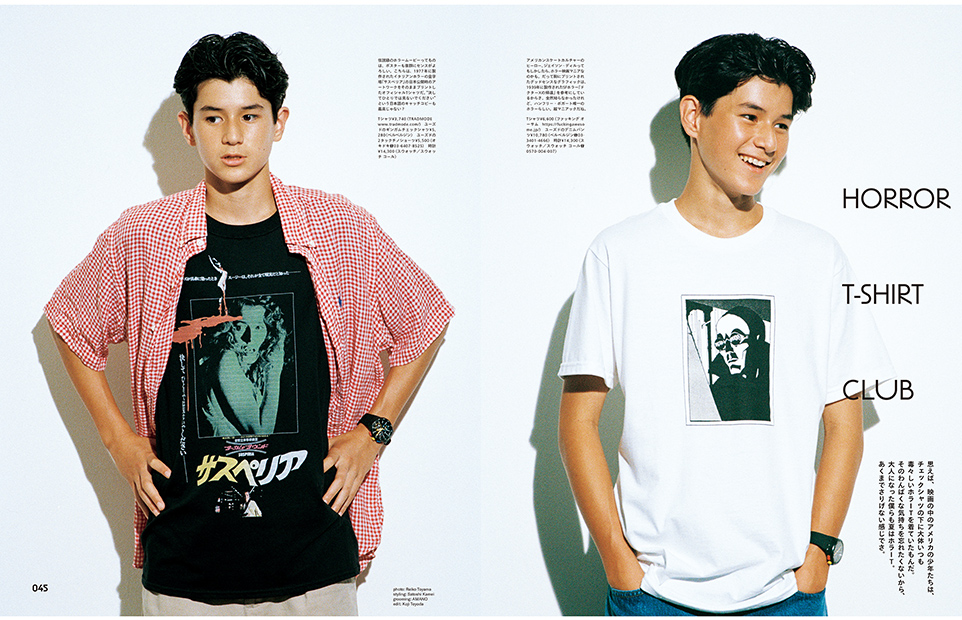 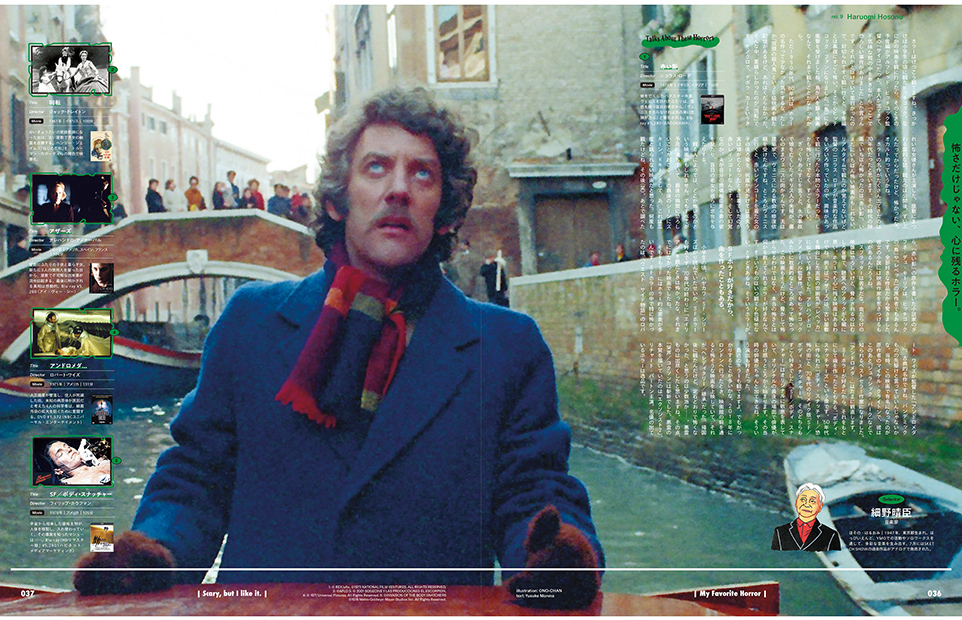 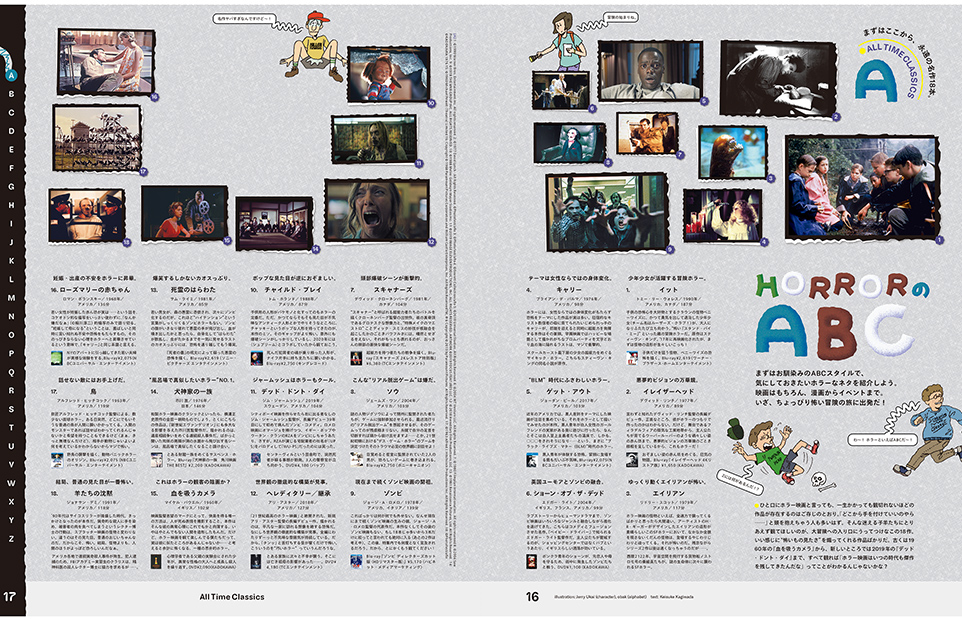 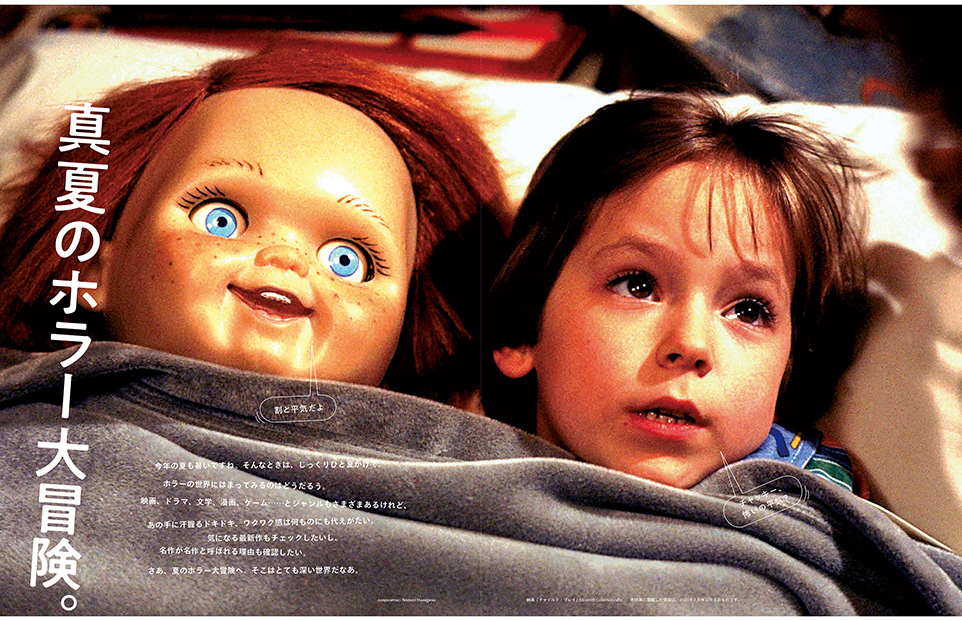 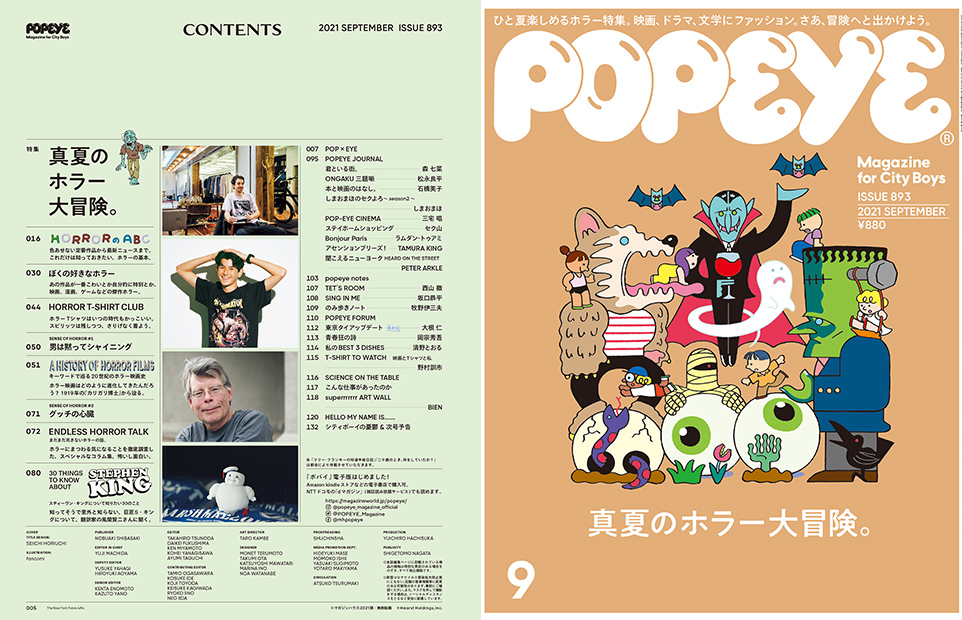 POPEYE magazine is the “Magazine for City Boys”. The founders printed this on the cover of the magazine when it debuted in 1976. What’s a “city boy”? The term doesn’t appear in the dictionary and no expert panel could define it. So we felt we should explore every aspect of what this “city boy” might be. After decades of debate, it still makes for a topic of lively discussion. It can be a style or a way of thinking. To get an idea of what makes a city boy, read POPEYE magazine.

How about getting hooked on the horror world in the hot summer?

Contents
* ABC of HORROR: From eternal masterpieces to the latest news. The basics of horror.
* My favorite horror
* HORROR T-SHIRT CLUB: Horror T-shirts are always cool.

* 20th Century Horror Film History by Keywords: How has horror film evolved? From 1919’s The Cabinet of Dr. Caligari, we trace the history of horror.

* The story of endless horror: A collection of special columns that thoroughly investigated the concerns about horror.
* 30 things you want to know about Stephen King