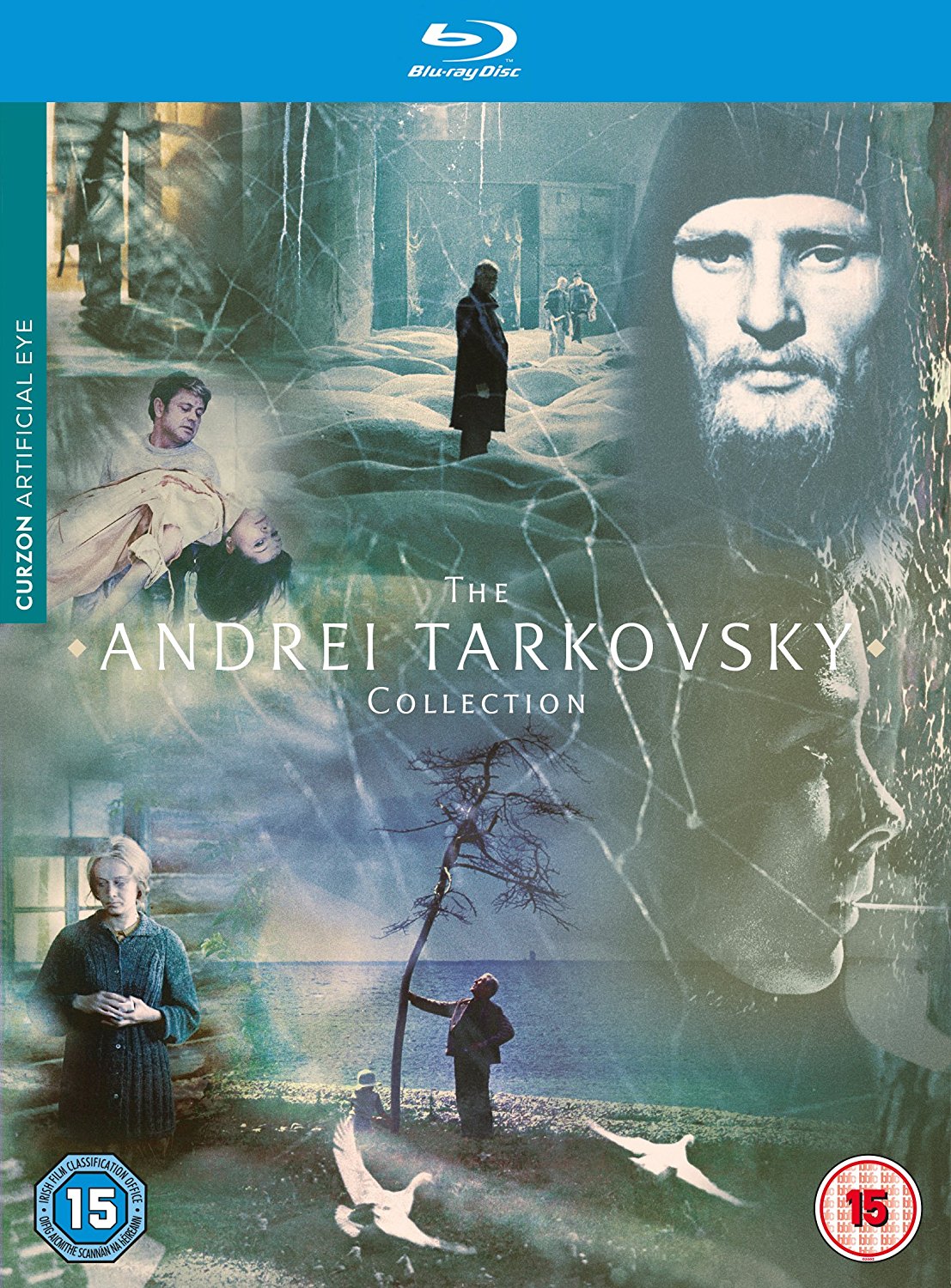 Director: Andrei Tarkovsky
Blu-Ray
799 SEK
Out of stock
E-mail when item is available for order

Ivan’s Childhood (1962) explores the life of a 12-year-old boy, Ivan (Nikolai Burlyayev), who is orphaned after his family are killed by the Nazis during the Second World War. He later joins a partisan group who use his diminutive stature and agility to gather intelligence.

Worried about his safety, his commanders take Ivan away from the front line but the boy, hell-bent on getting revenge for his parents’ murder, insists on being given more dangerous assignments, with tragic consequences. Andrei Rublev (1966) is an epic historical drama about the life of 15th-century icon painter Andrei Rublev. Rublev (Anatoli Solonitsyn) lives in a world consumed by feudal violence and human degradation, and the turmoil he sees all about him makes him lose the will to speak.

After many years of silent travelling around medieval Russia, he meets a young boy who has taken charge of the construction of a large silver bell, and in him discovers the inspiration to speak again. Mirror (1975) draws on episodes from Tarkovsky’s own life and tells the story of a dying man reflecting on his relationships with his parents, wife and son.The narrative includes a number of reflections on the Russian people and their history, using the life of one man to consider the Russian experience from the Second World War through to the end of the Stalinist period.

The psychological drama Solaris (1972) charts the strange events which befall a group of young cosmonauts who work on a space station orbiting the ocean-covered planet Solaris. Fellow cosmonaut Chris Kelvin (Donatas Banionis) is sent to investigate the occurrences, and soon begins encountering a variety of supernatural phenomena, including the physical manifestation of his own painful memories of his late wife. Kelvin tries to get to the bottom of the mystery and begins looking for a way to communicate with the powerful forces of Solaris.

In the sci-fi drama Stalker (1979) two men who are led to their innermost dreams in a strange place once inhabited by aliens. A Stalker (Aleksandr Kaidanovsky) leads writer Pisatel (Solonitsyn) and a Professor (Nikolai Grinko) through an industrial wasteland called the Zone, in search of a room where truth is contained and wishes are said to be granted to anyone who enters. As the area has been sealed off by the government, the pair put their faith in the Stalker as he navigates his way through the Zone and along the way they each discuss their reasons for visiting the room.

In Nostalgia (1983), set in the Tuscan hills, Russian poet Andrei Gorchakov (Oleg Yankovsky) is researching the life of an 18th century composer when he meets a mysterious man named Domenico (Erland Josephson) who is convinced that the end of the world is nigh. Once Domenico leaves the village he asks Andrei to cross an ancient mineral pool carrying his lighted candle as an act of faith.

Finally, in Tarkovsky’s final film, The Sacrifice (1986), on an isolated Swedish island, Alexander (Josephson), his wife Adelaide (Susan Fleetwood), their two children, and various eccentric friends gather around a radio to hear the impending announcement of nuclear war. Alexander attempts to strike a deal with God and is willing to sacrifice everything, including his six-year-old son Gossen (Tommy Kjellqvist), in order to avert the war and mankind’s annihilation.