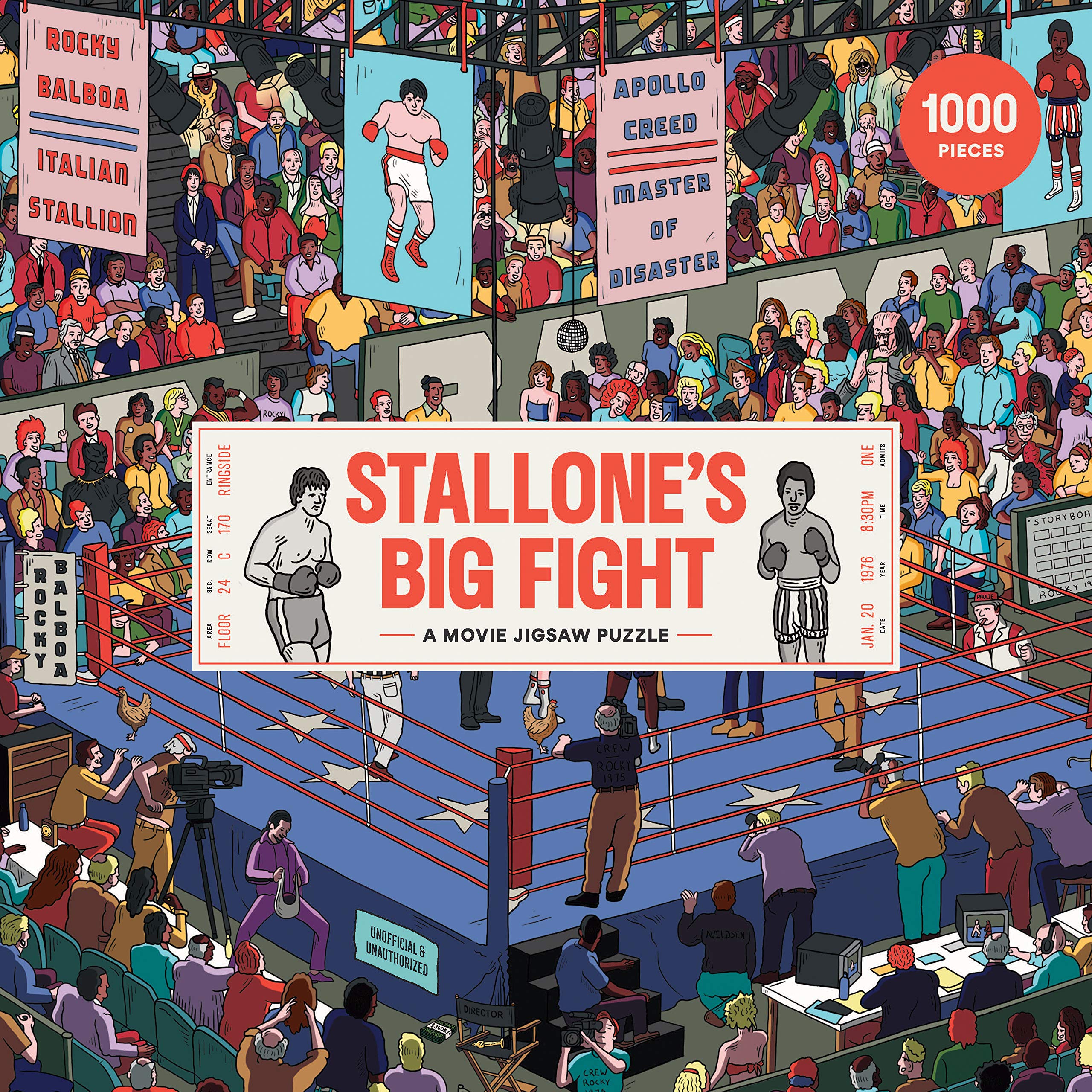 1000-PIECE PUZZLE: Step into the ring with Rocky Balboa and Apollo Creed in the World Heavyweight Championship Bicentennial title fight. This puzzle depicts the big fight scene from Rocky greatest underdog, with the Italian Stallion in the ring. CAST OF CHARACTERS: Spot a cast of famous characters from the Rocky empire and the wider world of legendary boxing movies.

Find all 35 people as you build the puzzle, picked out on a fold-out poster which also includes Rocky facts. Movie Jigsaws: Are a fun way of celebrating a series of iconic films. Piece together the rags-to-riches legend of Sylvester Stallone. Also available in the series: Inside the Chocolate Factory.

SCREEN-FREE FUN: From one of the world’s leading publishers of books and gifts on the creative arts.

Laurence King Publishing works with some of the world’s best illustrators, designers, artists, and photographers to create beautifully produced books and gifts which are acclaimed for their inventiveness, beautiful design, and authoritative texts. Meet Rocky’s crew – including Butkus, Stallone’s bullmastiff; Adrian and Paulie – and a huge cast of characters from the Rocky empire and the wider world of legendary boxing movies. Go the distance and find all 35 characters to piece together the rags-to-riches legend of Sylvester Stallone, the unknown scriptwriter who won big, and Rocky Balboa, the ‘Italian Stallion’ southpaw underdog who fought for his self-respect.