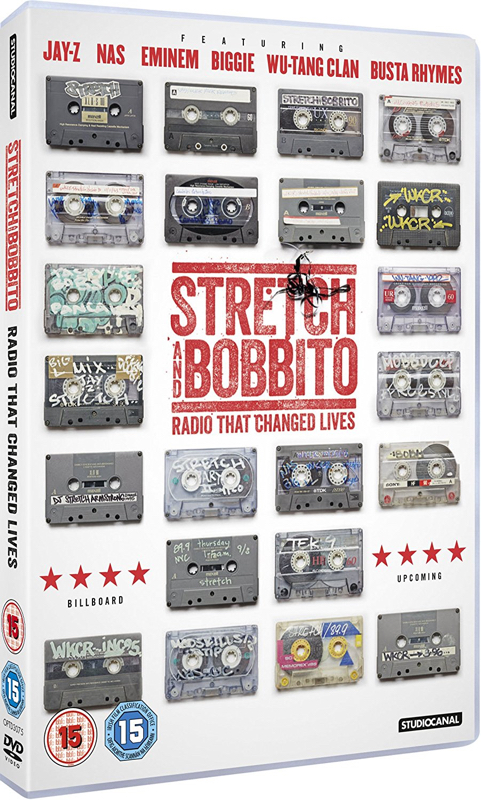 During the 1990s, Stretch and Bobbito introduced the world to an unsigned Nas, Biggie, Wu-Tang, and Big Pun as well as an unknown Jay-Z, Eminem, and the Fugees. The total record sales for all the artists that premiered on their radio show exceeds 300 million. The late night programme had a cult following in the worlds of art and fashion as well as with the nation’s prison population. All would loyally tune in for the humour just as much for the exclusive tunes.

Including rarely seen footage, including a long-lost verse from The Notorious B.I.G., Stretch and Bobbito is the story of two friends who became unlikely legends by bringing a unique audience together, breaking the biggest rap artists and creating a platform that changed music forever.

“There were no egos. Nobody was rich yet. Jay-Z would be in the hallway at Stretch and Bobbito’s show waiting for 30 minutes. Then he’d come on and rap his ass off, for free.” – Fat Joe

“We would listen to Stretch and Bobbito late at night. If you wanted to know about hip-hop, you had to mess with these dudes.” – Raekwon Wu Tan Clan

“Stretch and Bobbito would have everybody who was anybody on. All the future superstars and all the guys I was trying to sign. It was uncanny.” – Dante Ross, Former VP of A&R, Elektra Records