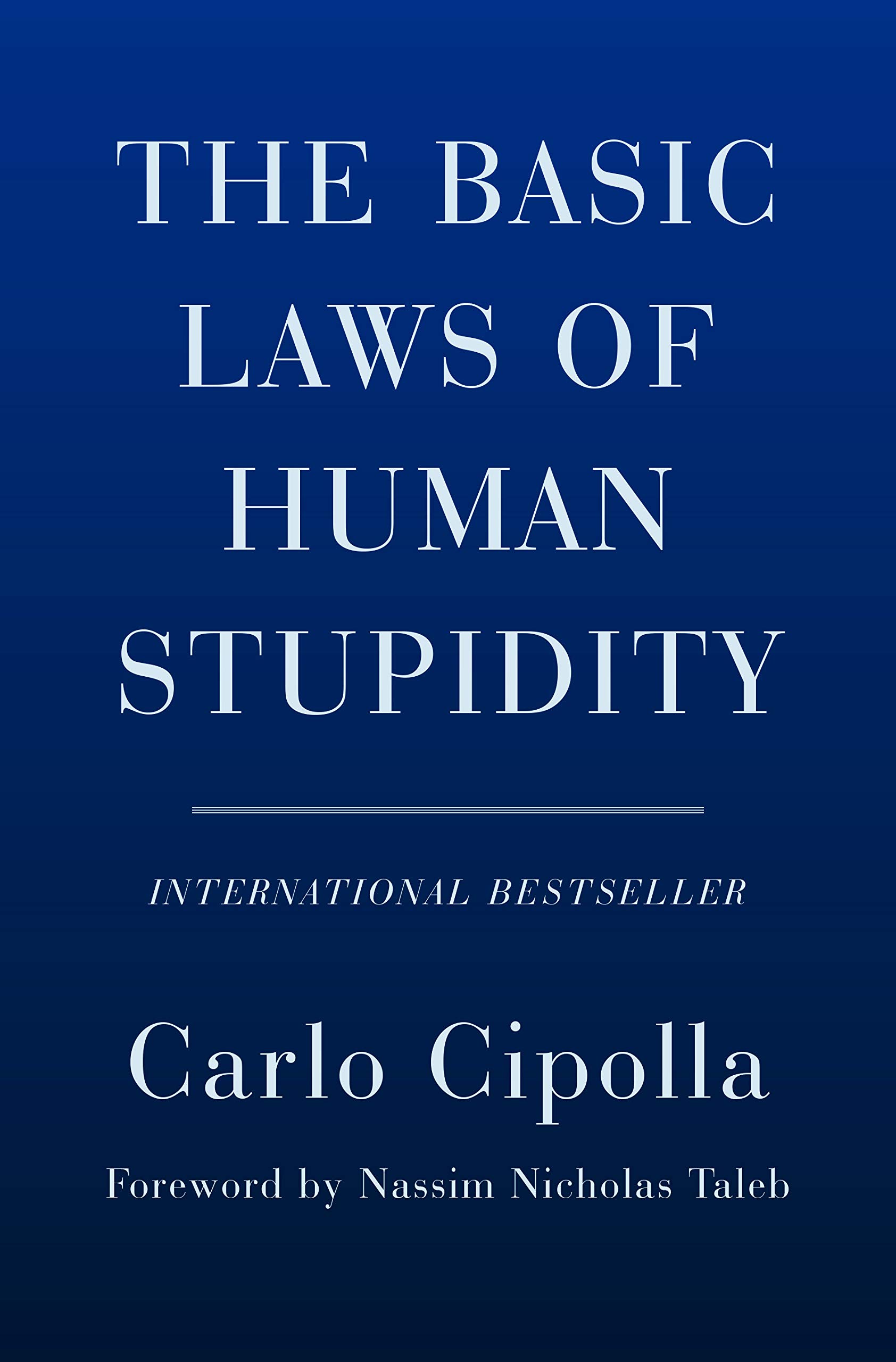 The Basic Laws of Human Stupidity

In the spirit of On Bullshit and Assholes: A Theory, an economist explores the five laws that confirm our worst fears: stupid people can and do rule the world

Throughout history, a powerful force has hindered the growth of human welfare and happiness. It is more powerful than the Mafia or the military. It has global catastrophic effects and can be found anywhere from the world’s most powerful boardrooms to your local bar.

It is human stupidity.

Carlo M. Cipolla, noted professor of economic history at the UC Berkeley, created this vitally important book in order to detect and neutralize its threat. Both hilarious and dead serious, it will leave you better equipped to confront political realities, unreasonable colleagues, or your next dinner with your in-laws.

1. Everyone underestimates the number of stupid individuals among us.

2. The probability that a certain person is stupid is independent of any other characteristic of that person.

3. A stupid person is a person who causes losses to another person while deriving no gain and even possibly incurring losses themselves.

5. A stupid person is the most dangerous type of person.