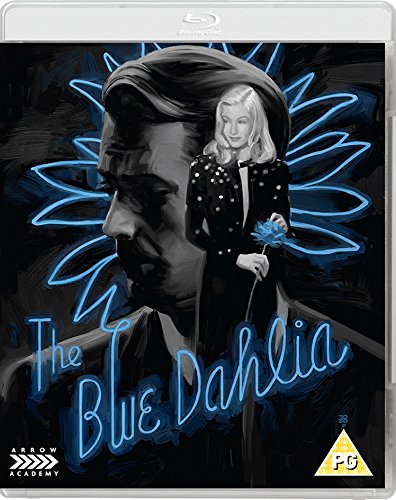 Hollywood legends Alan Ladd and Veronica Lake (The Glass Key, This Gun For Hire) team up for a masterfully told tale of suspense and intrigue in the classic noir tradition.

When discharged navy officer Johnny Morrison (Ladd) comes home from war to his old stomping ground in the Hollywood Hills, he is shocked to discover his wife Helen (Doris Dowling) having an affair with the proprietor of the glamorous Blue Dahlia nightclub. But when Helen is murdered and Johnny is fingered as the prime suspect, he is forced to prove his innocence, aided by a woman harbouring a dark secret, the beautiful and enigmatic Joyce (Lake).

Directed by George Marshall (Destry Rides Again, How the West Was Won) from a script by acclaimed hard-boiled novelist Raymond Chandler his only produced original screenplay The Blue Dahlia sparkles with wit and old Hollywood glamour, showcasing some of the most celebrated talent of the golden age of the silver screen at their iconic best, making its high definition debut in this feature-packed release from Arrow Academy.