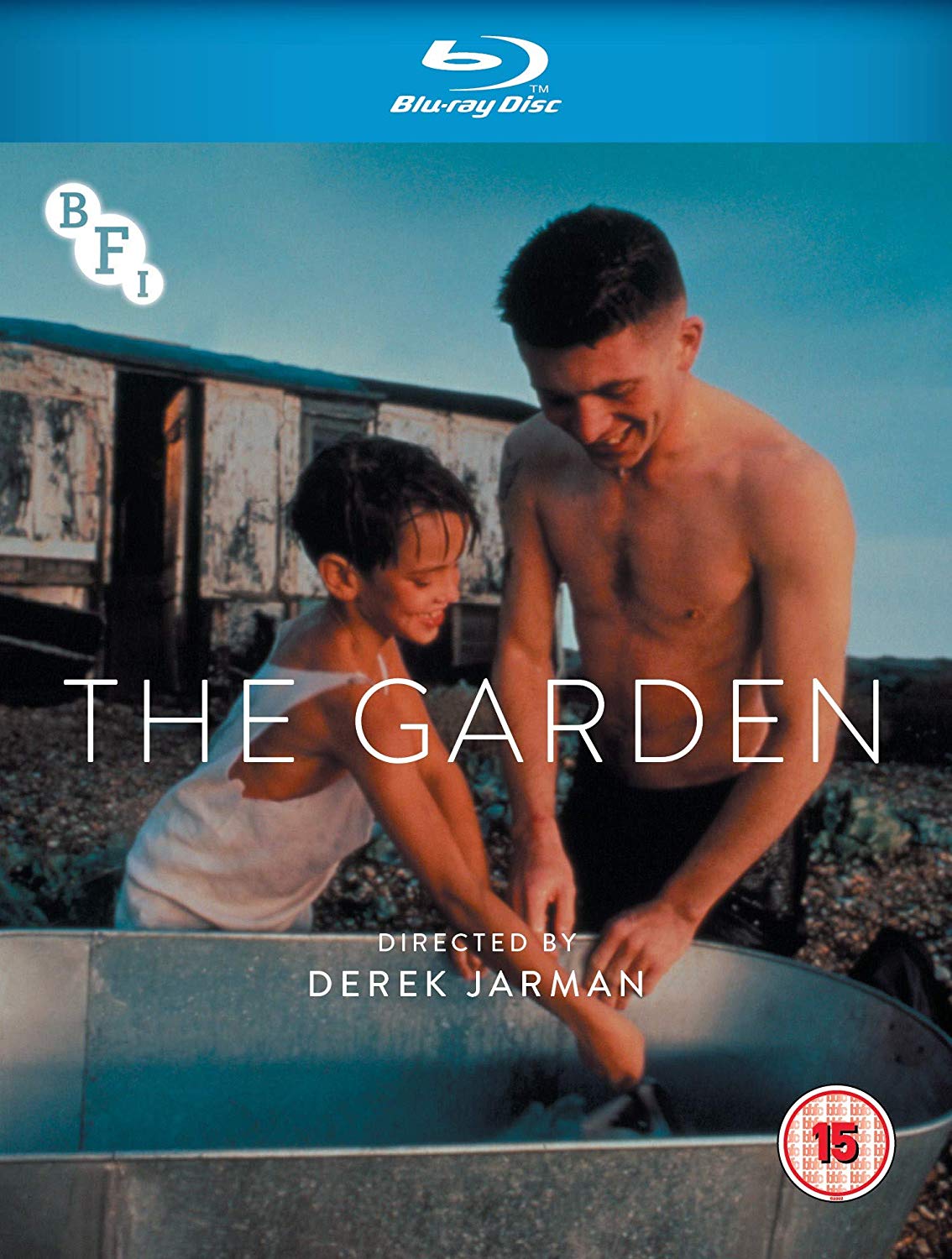 Close to a nuclear power station, inside his modest, sparsely furnished home on the barren, windswept Dungeness coastline, Derek Jarman dreams. This intimate insight into Jarman’s inner world was beautifully shot on fragile Super 8 film with the help of friends and collaborators. Shifting from the personal to the political, it culminates in a near-mythic exploration of sexual repression at the end of the 20th century, movingly utilising a cast of iconic religious figures that includes Jesus, Judas and the Madonna. Increasingly ill by this point, Jarman faces his mortality with poetry and dignity.

Featuring a brilliant score by Simon Fisher Turner, The Garden is a visual tour-de-force from the acclaimed director of Sebastiane and Jubilee.