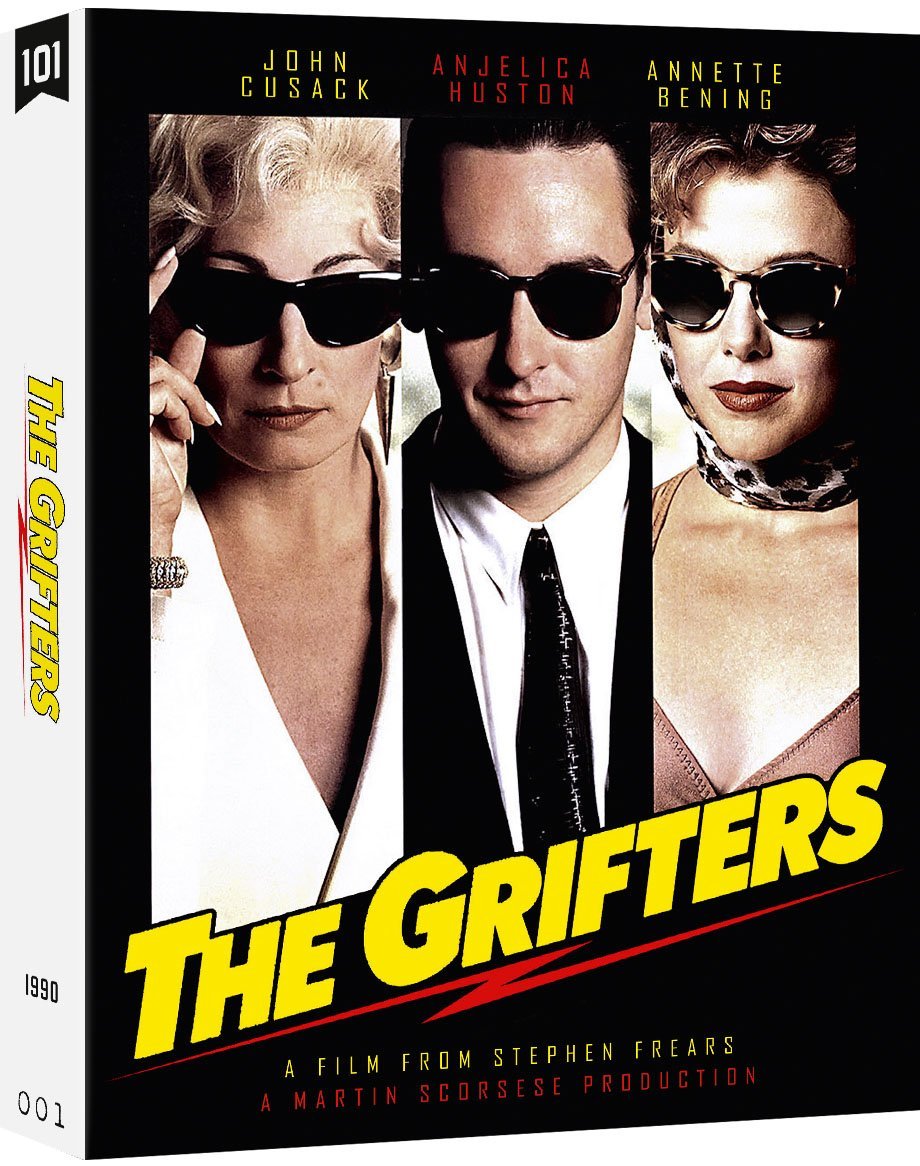 Director: Stephen Frears
Blu-Ray + DVD, 1990
249 SEK
Out of stock
E-mail when item is available for order

From director Stephen Frears (Dangerous Liaisons) and producer Martin Scorsese, comes The Grifters, a taut thriller in which seduction and betrayal could lead to murder.

Adapted for the screen by Donald E. Westlake, from a novel by Jim Thompson, The Grifters features a stellar cast, including Anjelica Huston (Crimes and Misdemeanors), John Cusack (Grosse Pointe Blank), and Annette Bening (American Beauty).

When small-time cheat Roy Dillon (Cusack) winds up in hospital following an unsuccessful scam, it sets up a confrontation between his estranged mother Lilly (Huston) and alluring girlfriend Myra (Bening). Both Lilly and Myra are con artists playing the game in a league far above Roy, and always looking for their next victim. As Roy finds himself caught in a complicated web of passion and mistrust, the question is who’s conning who?

Title number 001 in our Black Label range. This Limited Edition version is limited to 3000 copies and includes a slipcase and a booklet with newly-written content.

Limited edition booklet: Includes ‘Jim Thompson, Noir, and the Popular Front’, an essay on the American author’s societal influences by David Cochran, and ‘Elmer Bernstein: Grit not Grift’, a review of the legendary composer’s career by Charlie Brigden