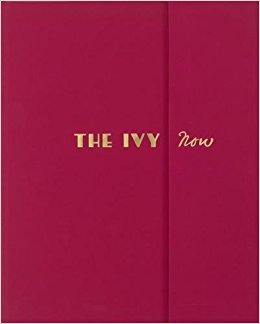 The Ivy Now: The Restaurant and its Recipes

The Ivy is the quintessential London restaurant, where people go to see and be seen, encapsulating everything that s glamorous and romantic about dining in the capital. The original Ivy was established in 1917 on the very site where it still stands, in the heart of London’s Theatreland. The epitome of glamour, there can be few film stars, musicians, royals, writers, artists and raconteurs who have not passed through its hallowed front doors. There are now also nine Ivy brasseries in London and more opening nationwide.

In 2017 this iconic landmark celebrates its centenary and, twenty years from the publication of the original Ivy cookbook, it s time for a new peek behind those famous stained-glass windows.

The Ivy Now contains all the dishes, secrets and stories behind the restaurant s success. Charismatic Director and former maître d Fernando Peire tells the story the history, the theatre, the celebrities and the scandal and with classic recipes from Executive Chef Gary Lee, including the Ivy’s signature shepherd’s pie, Asian-inspired salads, desserts and cocktails, this is the must-have book for a new generation of Ivy fans.