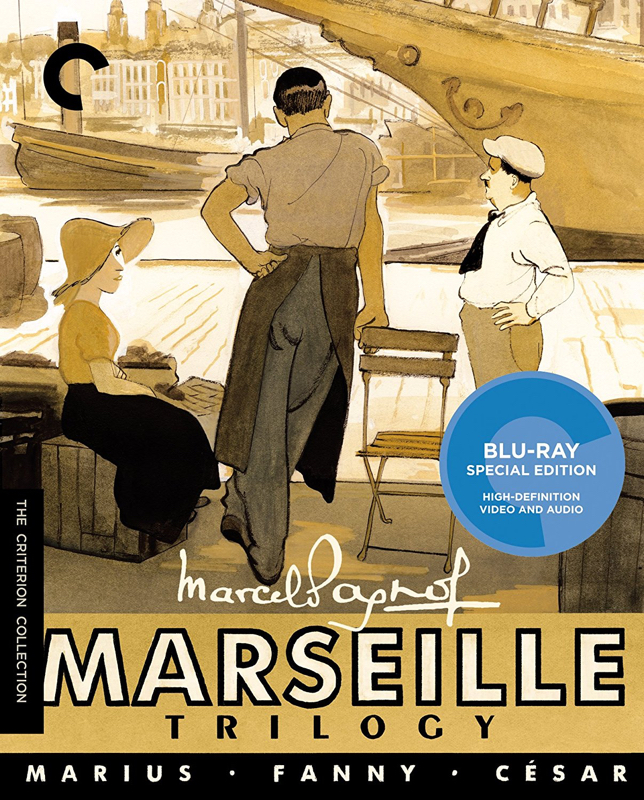 In the 1930s, Marcel Pagnol, a leading light of the Paris theater, set out for new horizons as a filmmaker in his native Provence. His early masterpieces Marius, Fanny, and César mix theatrical stagecraft with realistic location photography to create an epic love story from the fabric of everyday life. Gruff, sentimental César (music-hall star Raimu) owns a waterfront bar in the Old Port of Marseille where his son, Marius (Pierre Fresnay), wipes down tables and dreams of a life at sea. The prosperous, middle-aged sailmaker Panisse (Fernand Charpin) wants to wed Marius’s sweetheart, Fanny (Orane Demazis), setting up a fateful romantic triangle whose story unfolds across a generation in the films of The Marseille Trilogy, which first earned Pagnol his place in cinema history. “If Pagnol is not the greatest auteur of the sound film,” critic André Bazin wrote, “he is in any case something akin to its genius.”