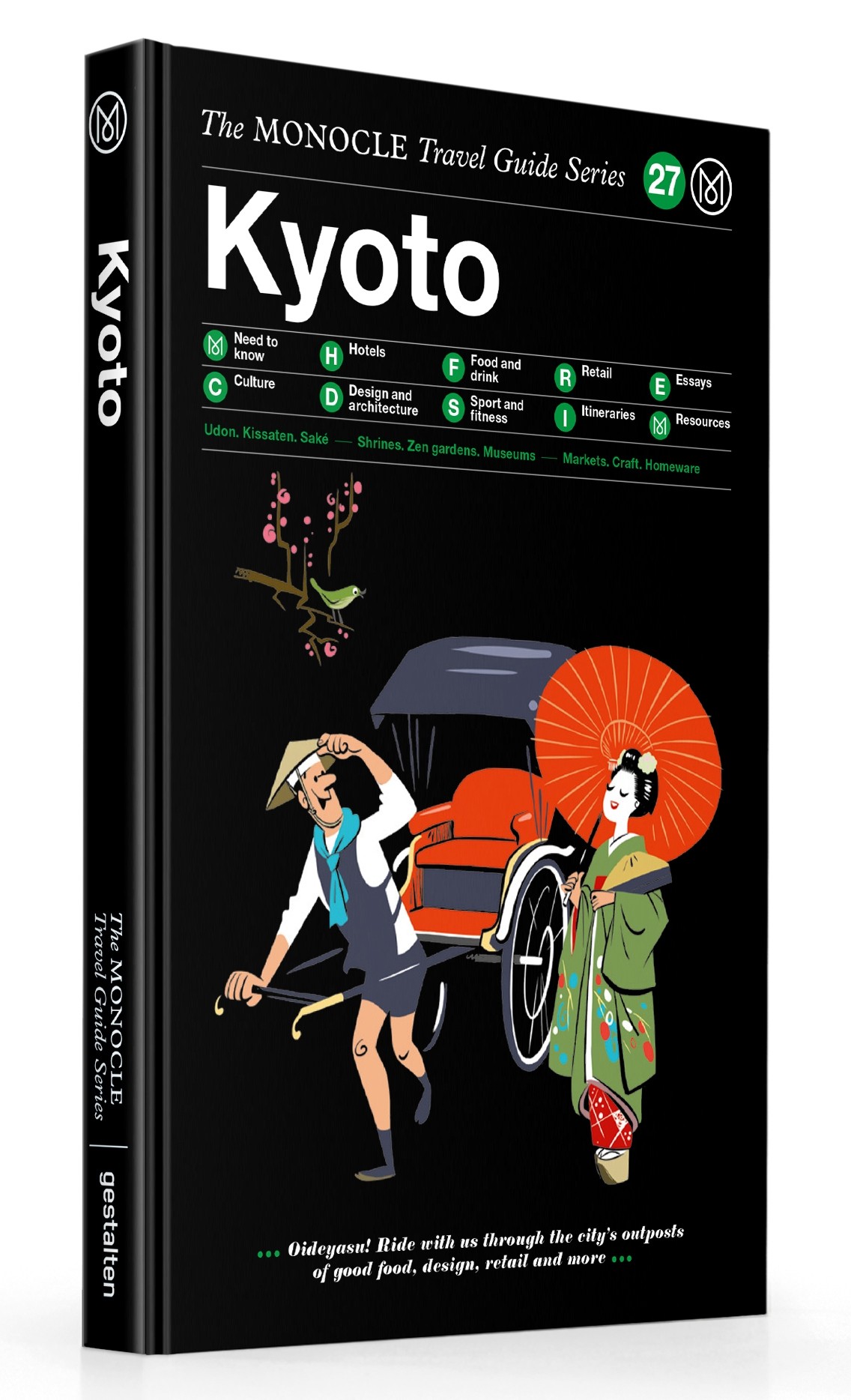 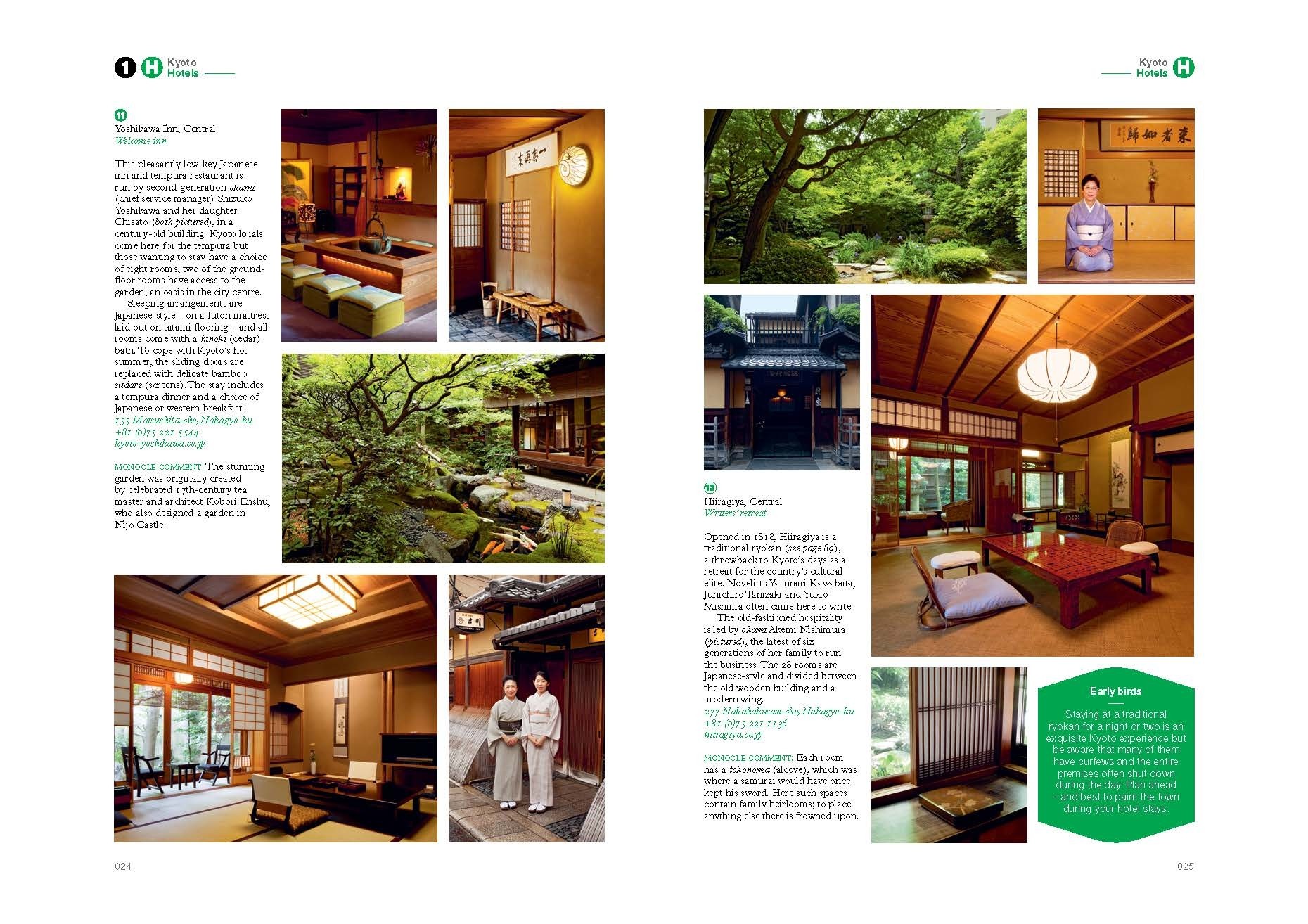 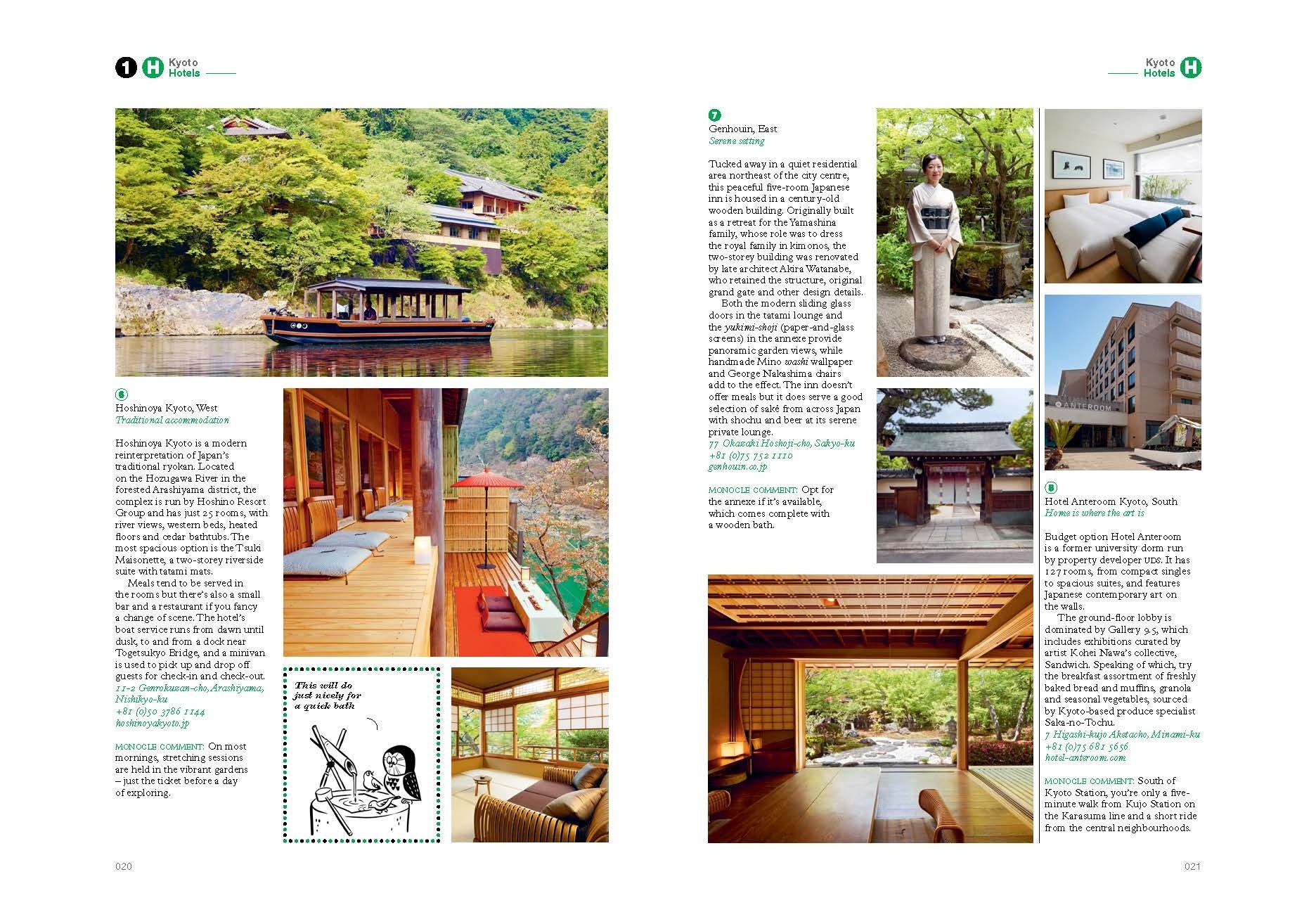 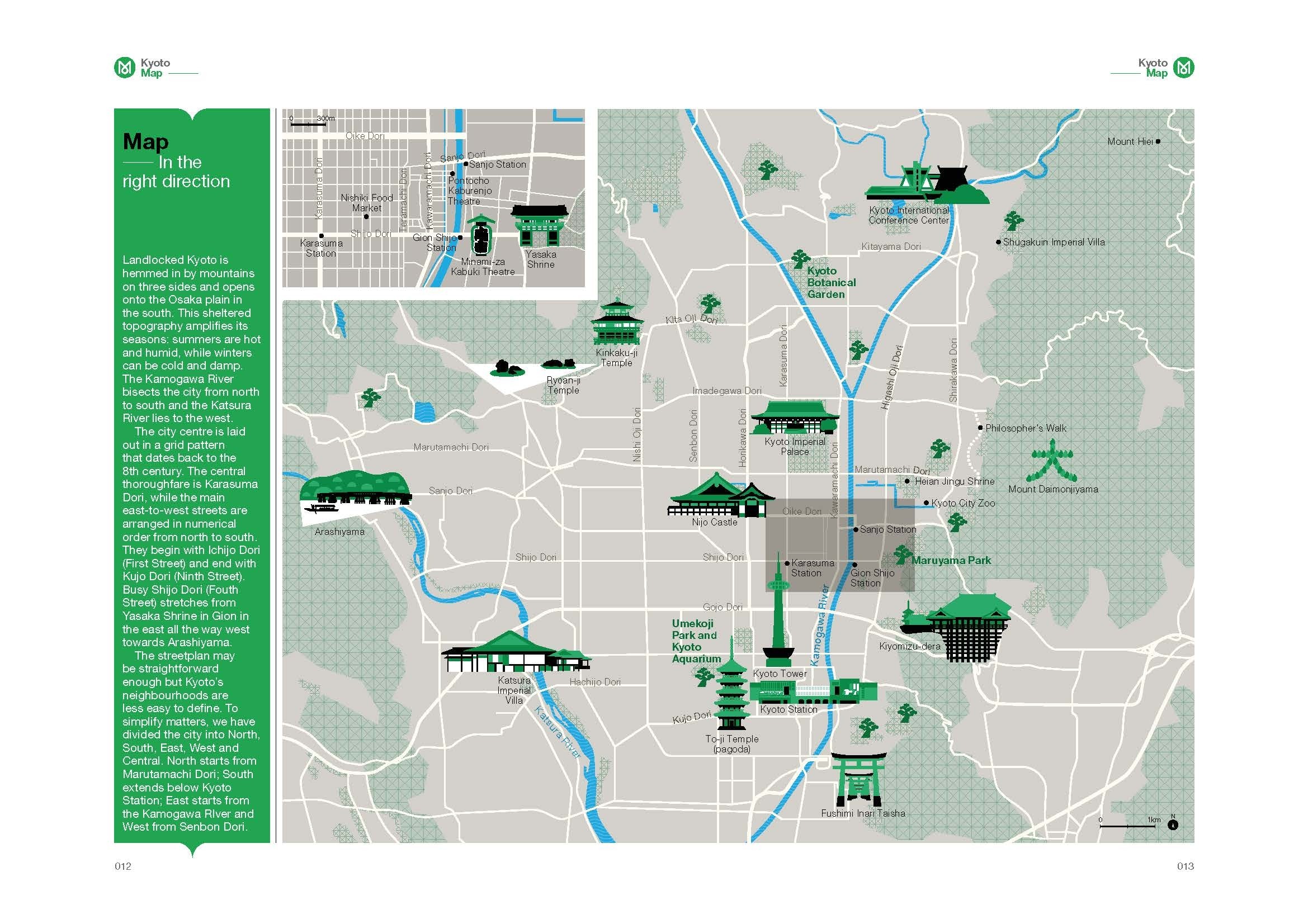 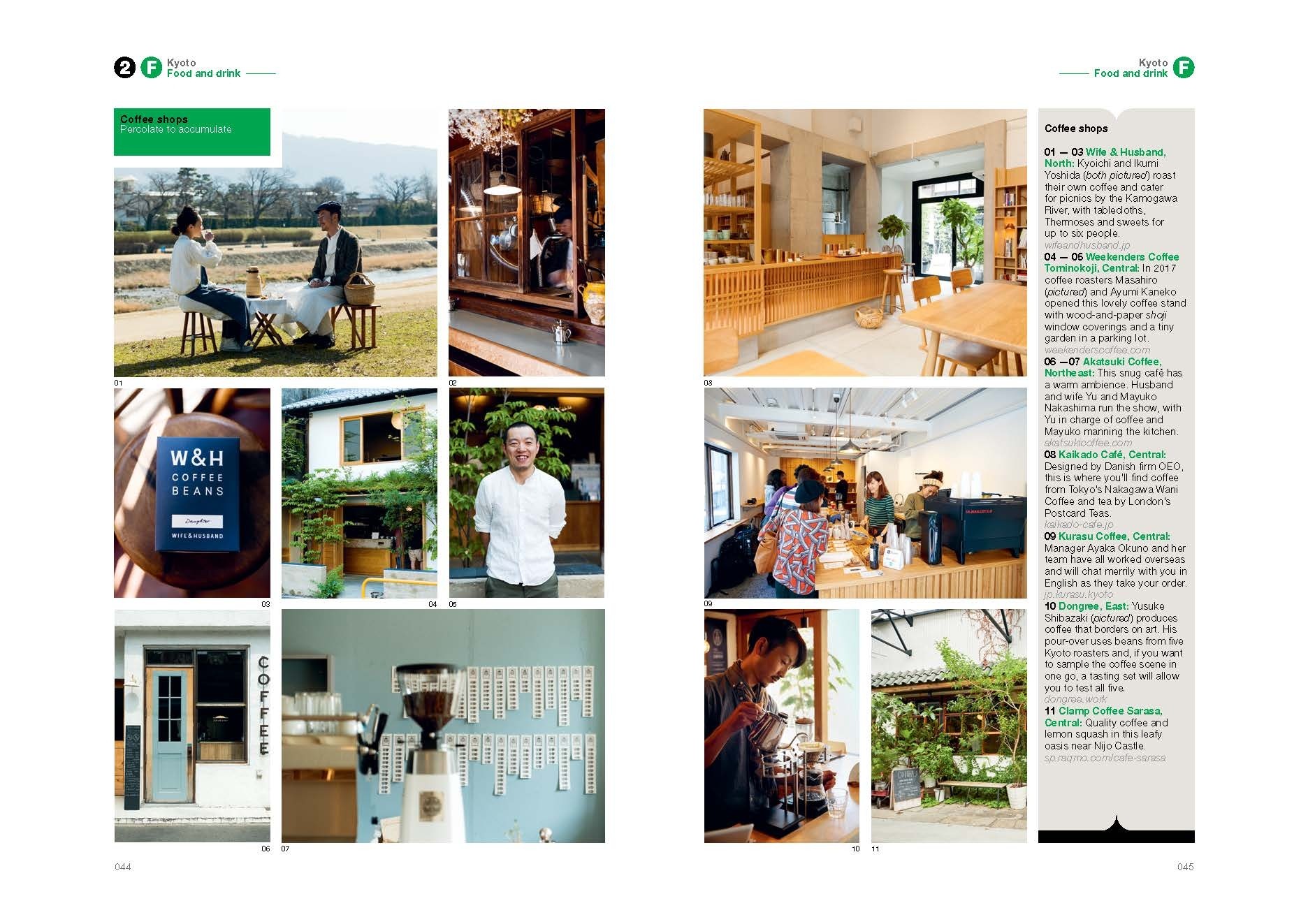 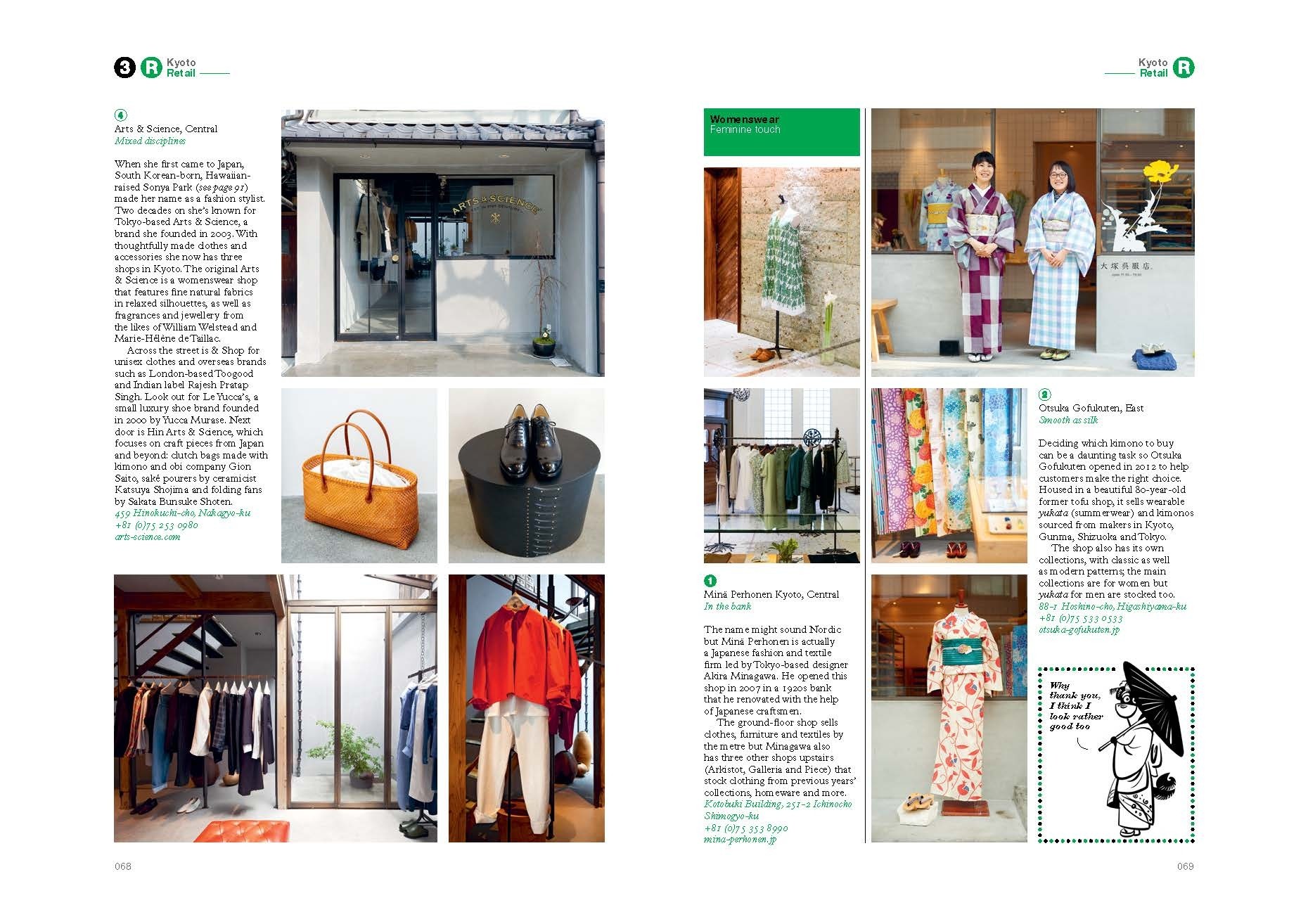 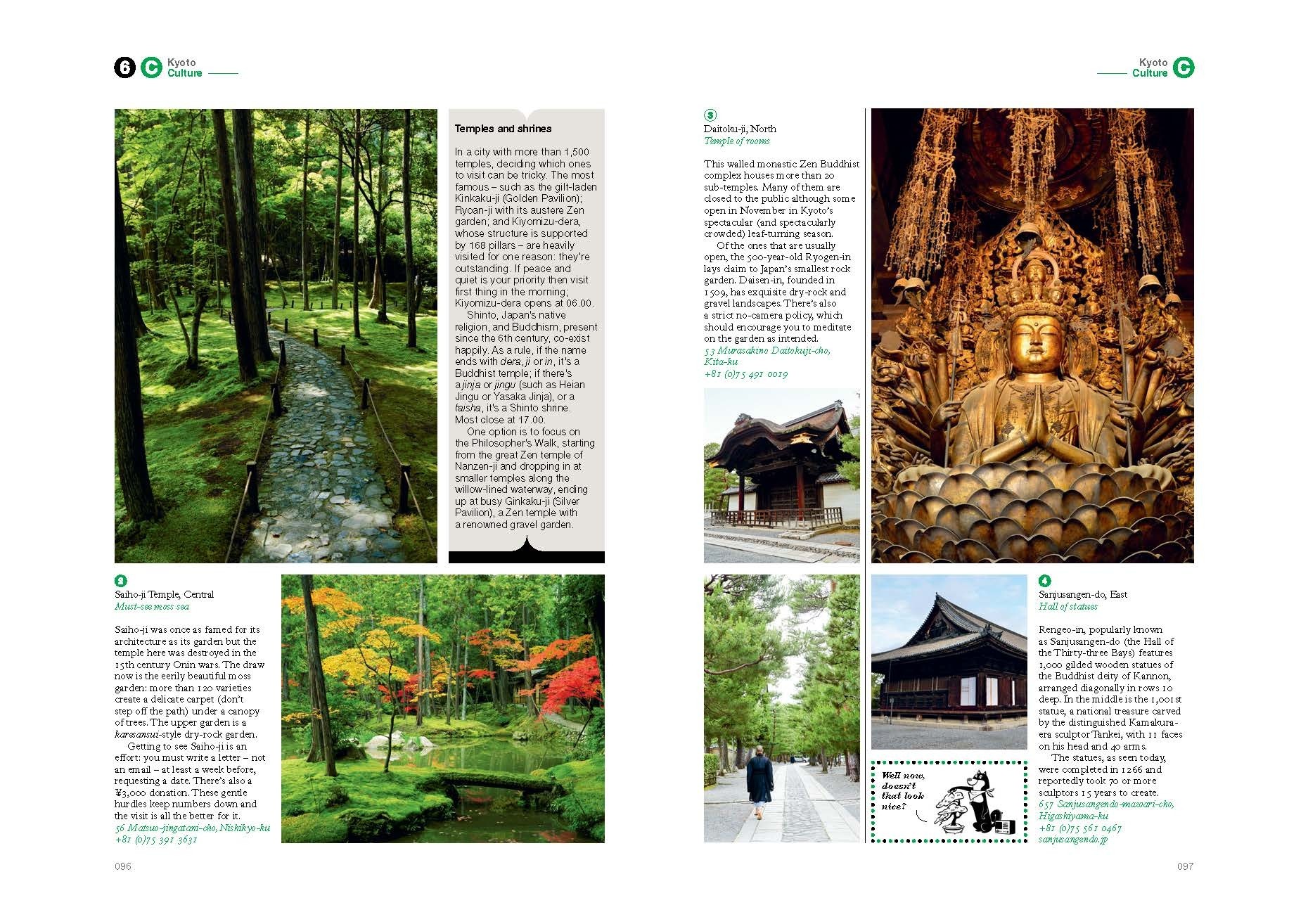 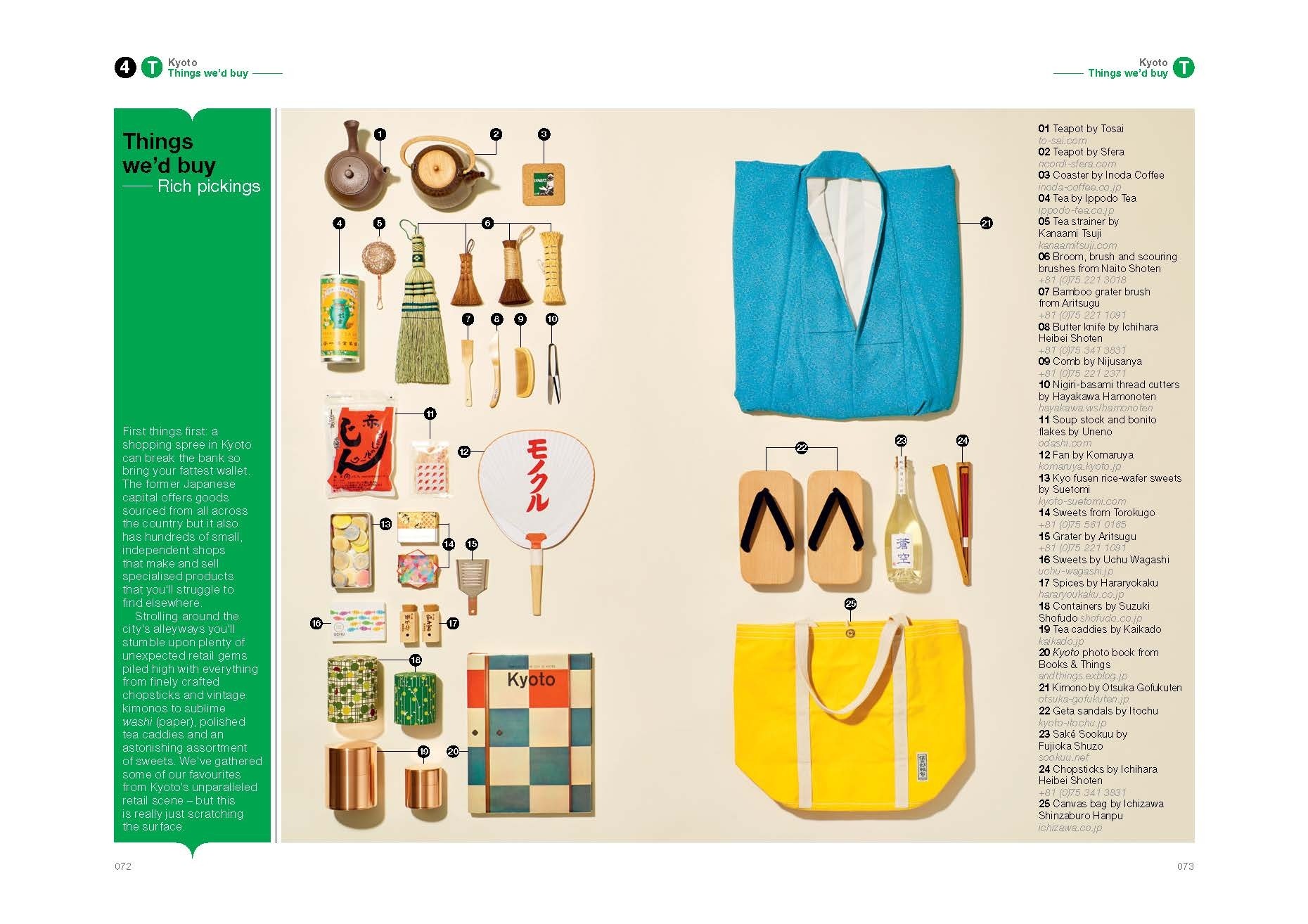 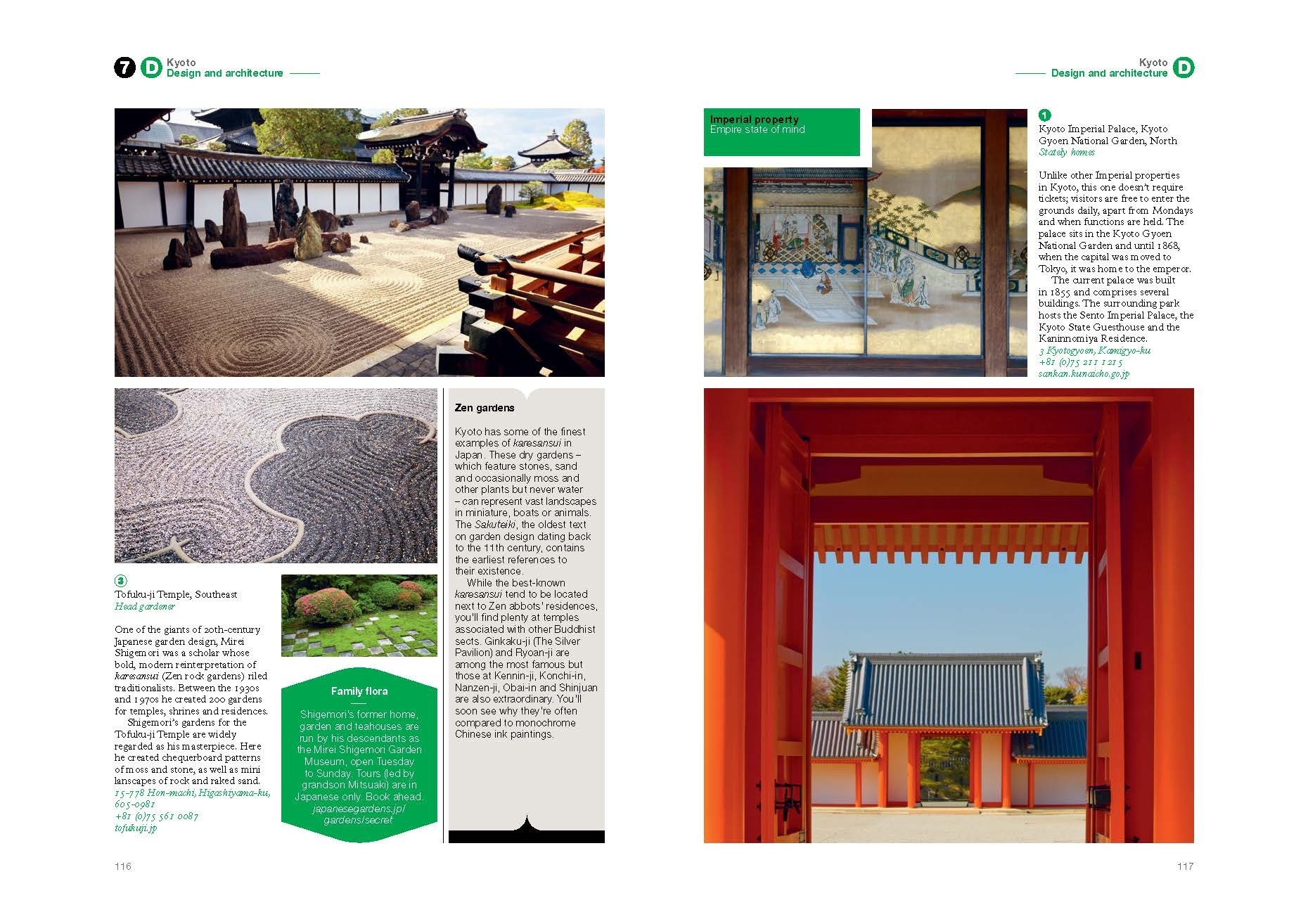 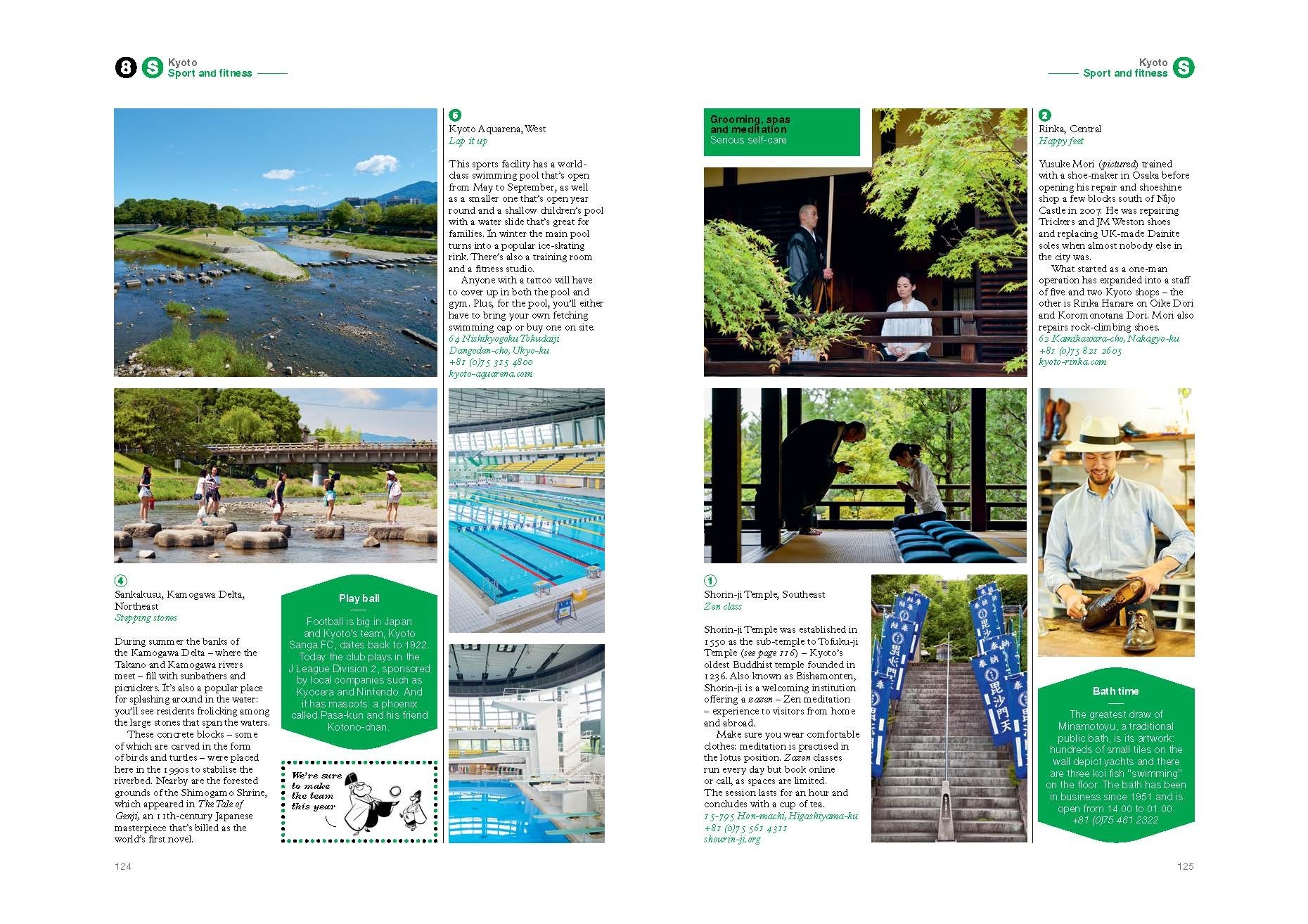 Kyoto may be full of hushed streets steeped in tradition and hidden institutions run by kimono-clad custodians but don’t be fooled: there’s more to this captivating city than timeworn teahouses and graceful geiko. Japan’s former capital has its own distinct identity, dialect and dishes, and beyond the Buddhist temples and Zen gardens you’ll find a dynamic city that’s constantly evolving.

We’ll introduce you to the innovative chefs making waves in the kitchen and the workshops that have been crafting cooking knives for generations. We’ll give you a rundown of the forward-thinking fashion retailers and reveal our favourite modernist architecture and mid- century monuments. Plus we’ll take you to the backstreets where bartenders mix punchy cocktails, and old-fashioned kissaten fend off young baristas with aplomb.

We’ve also included the stories of local gardeners, ryokan operators and architects, who invite you through the hanging noren of this most enigmatic of cities. Slip off your shoes and step right in.