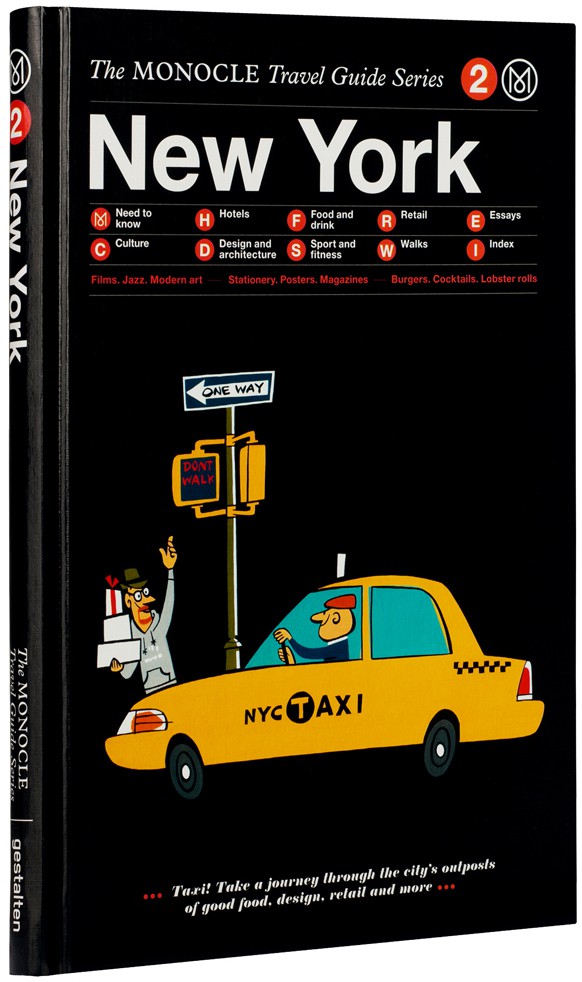 New York used to be such an easy city to crack for the visitor. Not only was there that simple-to-master grid of streets but, really, who wanted to stray from Manhattan? Today, while that stretch from Wall Street to the Upper East Side and beyond still enchants, awes, and bamboozles, you really do need to cross some bridges and head upstate. The city’s focus has fractured and shifted and you ignore the appeal of, say, Brooklyn at your peril. This is especially true of anyone wanting to grasp the city’s fast-evolving food scene, discover some fresh design ateliers, go for a run, or buy some less-exposed art.

Monocle has had a bureau in New York since its launch in 2007 and it has a shop in the city too. This has made the Monocle team passionate about the place and its ambitions. This book is a celebration of all that they know and love about New York and it should be used to take you beyond the obvious spots (although who wouldn’t want to hit the museum biggies). New York can easily live up to its movie-star good looks but let it be a city that surprises you, too—in a good way.