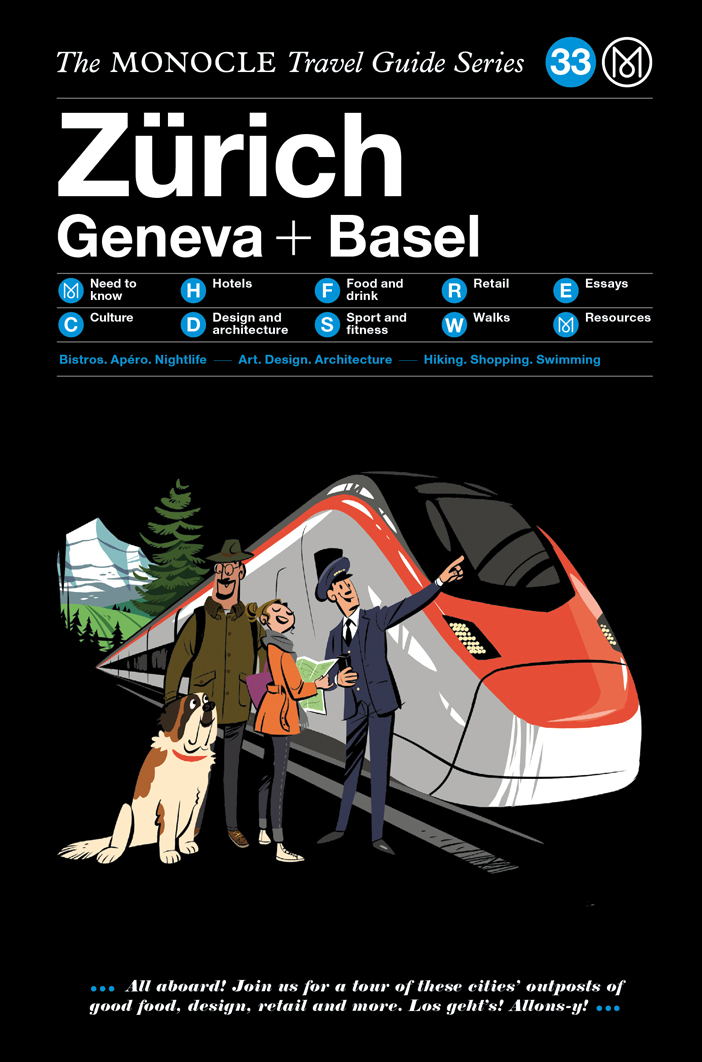 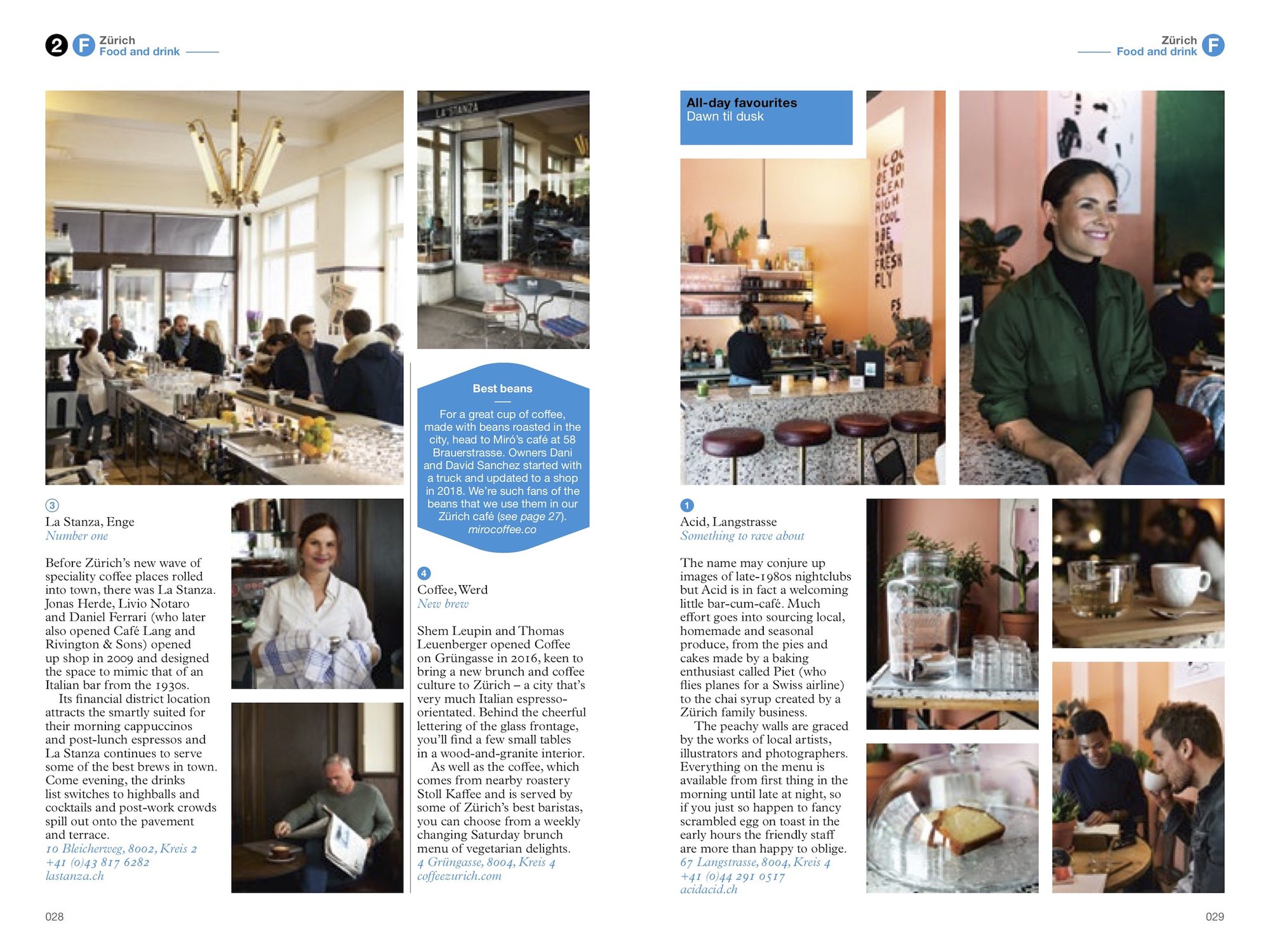 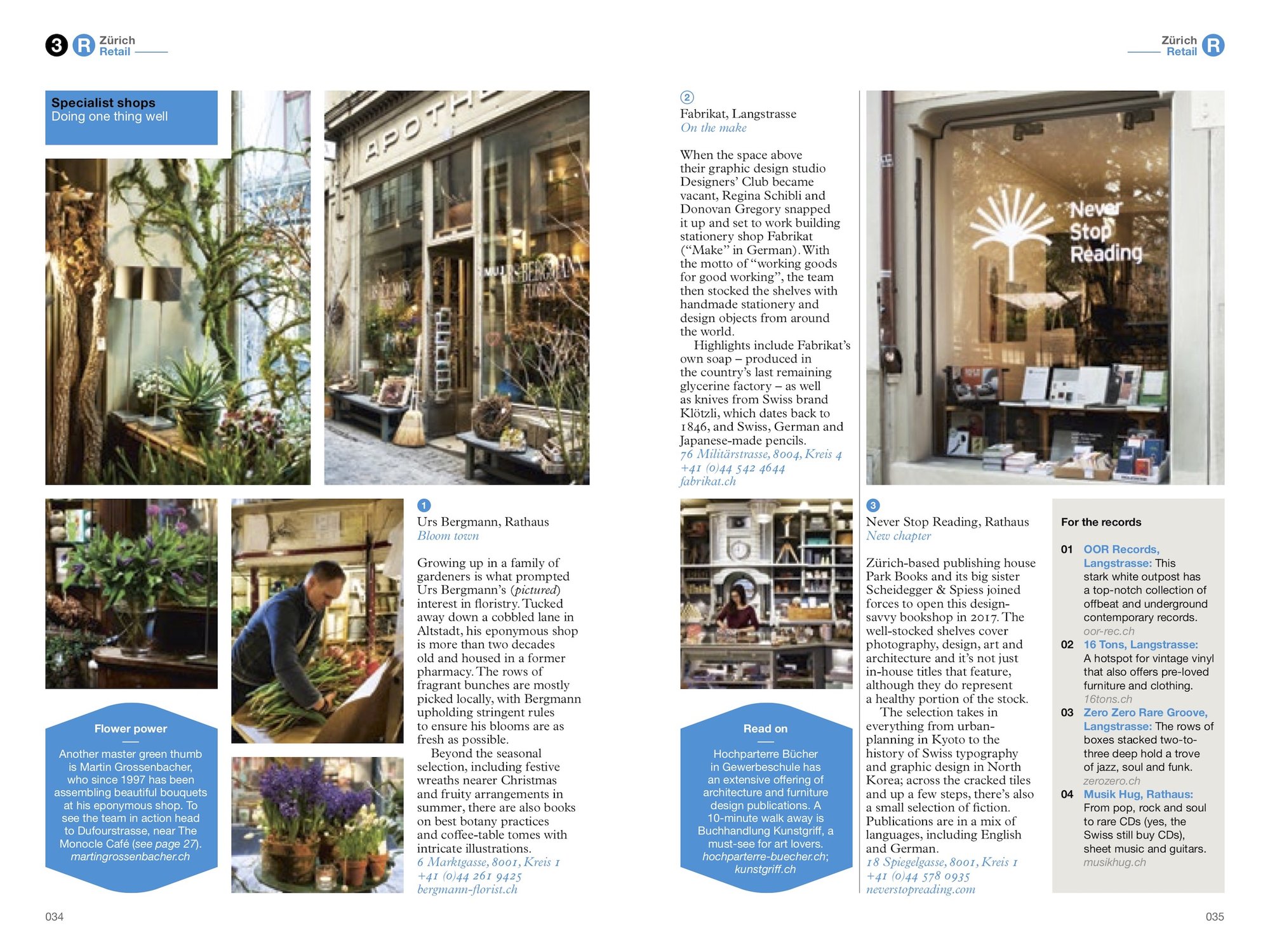 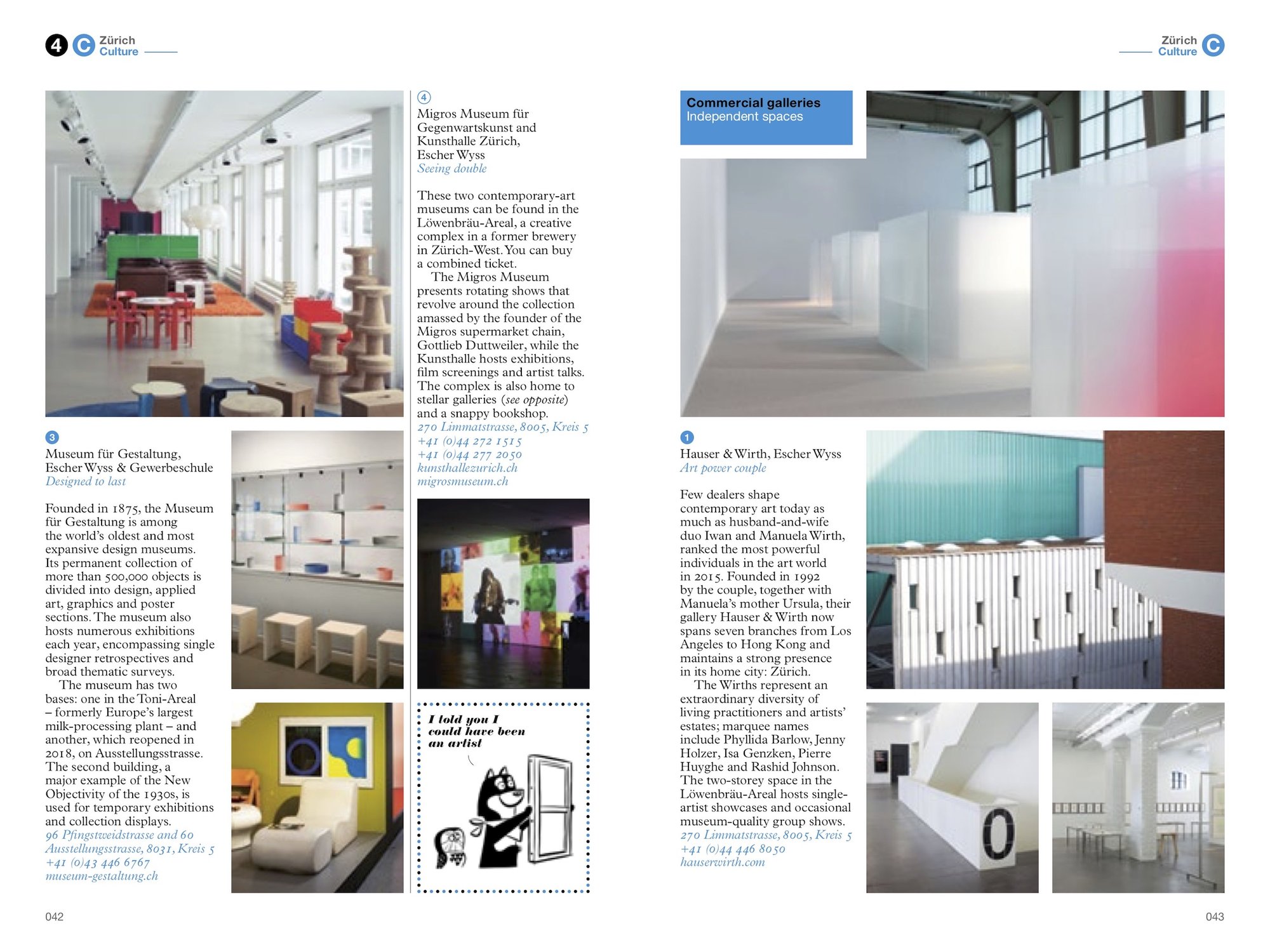 Snowy peaks rising above city skylines, wandering cows jewelled with tinkling bells, gooey strings of cheese stretching from bubbling pots of fondue, masterfully engineered watches keeping people punctual, and timely trains zipping across pretty landscapes. Few countries can be reduced to such clichés as easily as Switzerland. But this neutral power is so much more than the sum of its – albeit rather charming – stereotypes.

In this guide we delve into three Swiss cities and uncover what makes them tick. We tour the spotless streets of Zürich, highlighting its distinguished commercial-gallery scene, glistening lake, inviting swimming spots and buzzy restaurants and bars. Next, we head west to explore Geneva, with its smart retailers, independent chocolatiers and curious collection of architecture. Finally, we finish with a jaunt around petite Basel and admire its robust rundown of contemporary structures and world-class museums.