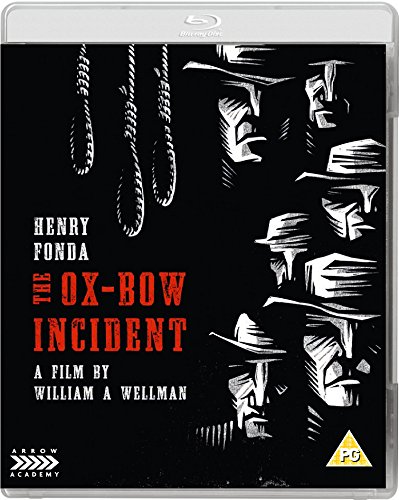 One of Hollywood s most prolific directors, William A. Wellman was responsible for more than 80 features and a string of masterpieces including Wings, the first film to win the Best Picture Oscar, The Public Enemy, which made a star of James Cagney, screwball classic Nothing Sacred, the original A Star is Born and this marvellous noir-inflected Western, The Ox-Bow Incident.

Set in a small Nevada town where tensions are running high thanks to a spate of cattle rustling, things reach boiling point when cowboy Larry Kinkaid is murdered. With the sheriff out of town, the residents form a posse and head to Ox-Bow Canyon to find the three men they believe to be guilty including Dana Andrews and Anthony Quinn in early major roles and enact their own form of justice.

A favourite of both Clint Eastwood and star Henry Fonda, who serves as the film s moral centre, The Ox-Bow Incident is a tough, complex picture whose uncompromising starkness continues to astound to this day.